Back in year twelve when the biggest decision you had to make was what your university preferences were going to be, I was adamant I was going to be a vet. I loved animals, I thought I was pretty sharp and I was quietly confident I would get the marks. I will admit that this was around the same time when I was driving around in the car, changing radio stations just to be able to listen to ‘Pretty Fly for a White Guy’ over and over again. So granted, I may not have been as sharp as I thought I was. Despite this, when it came round to the UAC time of year I diligently filled out my application forms, listing vet as my top preference, and even went to the trouble of applying for a scholarship as well.

It was at this time that I had a dreaded ‘careers advice’ meeting with one of our school teachers. I went to this meeting quite sure of myself and what I was going to do, so felt the meeting a bit of a farce. However, I did have a few questions regarding how to make my scholarship application stand out. When I asked these questions, the careers advisor looked quite stunned and had obviously not dealt with questions like this before. However, he quickly regained his composure and came up with the line:

“Why don’t you just write in your application that you will save the buffalo in Sri Lanka or something like that?”

To which I, the sheltered young Shire boy, politely replied that I had never been overseas, nor ever even thought about going to Asia let alone to help ‘save’ their animals. So why would I put that in an application? Anyway, I walked away from that meeting quite disappointed, with the only idea for my application being (what I thought to be) quite ridiculous.

I end up completing an Agricultural Science degree instead and majored in Animal Production. Loved the whole experience; the students, the academics and the subjects – even the botany! Then a couple of years after completing my degree I was walking down one of the corridors of The University of Sydney. As I walked past two academics who had taught me just a couple of years earlier I did the polite ‘hello nod’ and kept walking. Not two steps away from them one of them turned and asked “David, how do you feel about living and working Pakistan?” To which I was somewhat startled and answered “To be honest I had never really thought about it until this moment”. So I guess my subconscious was in the same place it was in year 12, thinking it was quite absurd. However, I was now in a position where I had the skills and (at least a bit of) knowledge to be able to do it. So after a bit of deliberation and all the necessary preamble – I took the opportunity and ended up living in Lahore (Pakistan) and working on a job which included, amongst other things, animal nutrition research to help save the buffaloes.

Is that ironic? Or is it more uncanny? I mean, it’s not Sri Lanka, but hey it’s pretty close. And despite thinking the idea was downright ludicrous when it was proposed to me at school in Cronulla, it ended up being the best job of my life! 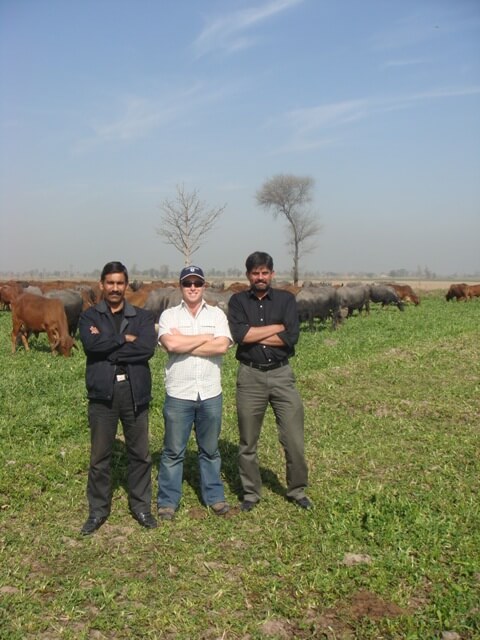