How to feed the 9 billion, well?

No small task, but this is what the Crawford Fund conference last week grappled with. I was lucky to be there as a Crawford scholar as well as to help in the launch of Researchers in Agriculture for International Development (RAID).

Catherine Bertini started the conference with a very real example of the importance of understanding gender when working in agriculture. The example was of women farmers being unable to use the hoes that they were given for weeding because they required different hoes from the men. They required hoes with a shorter handle and a different angle on the spade to allow for them to squat whilst working as it was less back breaking that way when carrying a baby on their back. It was a startling and thought provoking example, highlighting some of the challenges to feeding the 9 billion well.

The bar had been set high for speakers for the following day at the parliamentary conference, all of which were from highly renowned organisations with diverse and interesting careers. The way in which questions posed by the delegates were answered eloquently when put on the spot was very impressive.

On Wednesday evening following the parliamentary conference RAID was officially launched! We invited young researchers and “young at heart” researchers to join us for drinks and networking at the Realm. The enthusiasm by everyone who came was staggering…the free drink may have assisted. However the overwhelming feeling was that we were a group of people motivated to make a contribution to feeding the 9 billion and motivated to help each other do this.

It was exciting the following day to start the Young Scholars day with Nick Austin the CEO of the Australian Centre for International Agricultural Research (ACIAR) describing his highlight of the conference as the RAID event we had held the previous night. This was an inspiring day to be a part of, we heard from Catherine Bertini again and also from many who have had incredibly interesting careers in agriculture both in Australian and overseas. The insight into what is was like to have a career doing international work and what the possibilities might be to be able to do this was fantastic.

I owe a huge thanks to the Crawford Fund for sponsoring me to attend the event.  The Crawford scholarships are awarded to young people working or wanting to work in international agricultural research. Already some of my fellow scholars have been emailing about keeping in touch and about the work they are doing. I think this represents the biggest benefit from being a part of this conference. It has been a chance to network in a way that is more than a handshake. It has been a chance to get to know people who I want to stay in contact with, to learn from and to share experiences with. 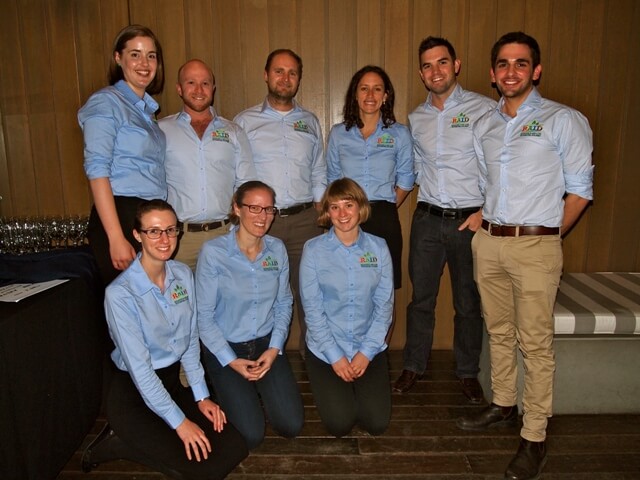