You are here: RAID > Blogs > Searching for Snails in Southern Cambodia

Searching for Snails in Southern Cambodia

I am a fourth year Animal and Veterinary Bioscience student at the University of Sydney. I am currently in Cambodia working on my honours project, calculating Fasciola gigantica (liver fluke) distribution in cattle, as a part of the greater ACIAR funded project ‘Village-based biosecurity for livestock disease risk management in Cambodia’. My project looks at the prevalence of liver fluke in cattle in five provinces, Takeo, Kampong Cham, Tbong Khmum, Siem Reap and Battambang, and the effects of infection on body condition score. I have recently processed samples from a village in Takeo and found a much higher than reported prevalence and so am now in the process of surveying farmers about their farm management practices, and collecting snails (the intermediate host in the fluke’s lifecylcle) in order to determine the source of infection. Ultimately I would like to continue this work in the form of a PhD where I would not only investigate prevalence, but also potential management practices such as medicated urea molasses blocks and their feasibility in the field.

Picture 1: Cattle drinking from a small lake in Takeo

I have loved Cambodia since I first visited as a tourist in 2012, and hence decided this is where I would like to undertake my honours project, and hopefully PhD. However, I am fortunate that this time around I am able to get a much more realistic view of the country as well as the people – and animals – that inhabit it. Other than the time spent in the office, parasitology lab or in the field, I spend most of my mornings learning Khmer (albeit slowly), and have come to know all of the various animals that live in my local area, Toul Tom Pong. In fact animals are so ingrained in the everyday lives of the Khmers that there are enough adorable dogs, cats, chickens etc. all over the city for me to have started a hashtag, #animalsofphnompenh (as well as some little offshoots such as #animalsofkampot or #animalsoftakeo). Just as with many countries in Southeast Asia, there is an enormous number of scooters and motorbikes, and all manner of things can be seen piled high on them zipping around the city – and animals are no exception! 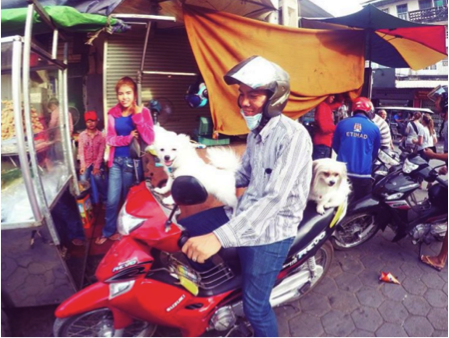 Picture 2: The fluffy scooter due 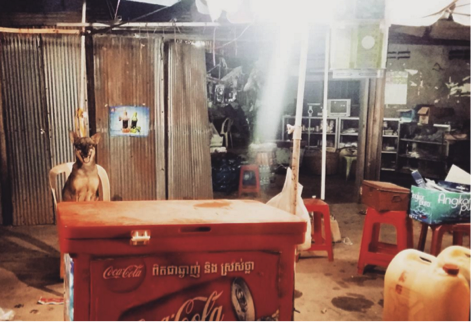 Picture 3: My favourite photo so far, a furry service station attendant in Kampot

While I have managed to capture photographic proof of a pair of cute fluffy white dogs, there is word of a huge German Shepherd riding around with its human counterpart somewhere too. This may become my very own Sasquatch – which I endeavour to keep an eye out (and my camera ready) for the remainder of my time here.

Other than taking an excessive amount of animal pictures during my time here, I have also had the pleasure of spending an evening at the Olympic stadium with hundreds of locals partaking in some evening aerobics. What an experience. As the sun sets and the heat of the day starts to disappear instructors station themselves along the top of the grandstand with loudspeakers blaring. Locals will line up behind them and copy their moves while the instructors keep time counting in Khmer (which I can now understand!). Classes last about half an hour until another instructor takes over, and each costs about $0.50. Due to the numerous instructors spaced out around the stadium, you have free choice over the style of aerobics you would like to try – anything from cool young up-tempo Khmer rap, to traditional dancing or even some mid 70’s rock – who would have thought you could do aerobics to Hotel California??? Alternatively you can feel free to sit along the edge and take in the view and enjoy the music while munching on a traditional Khmer snack of duck balut. 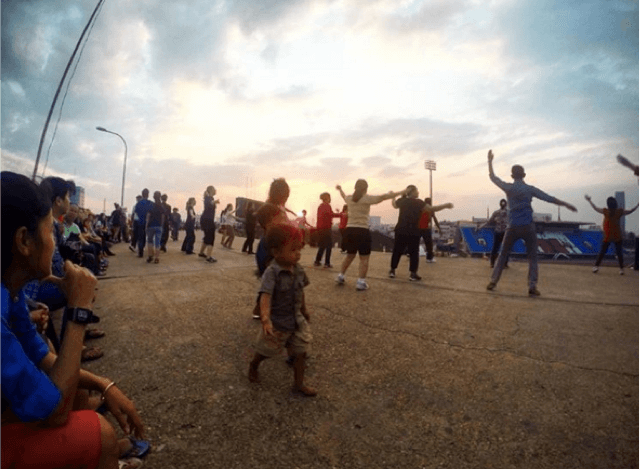 Picture 4. A Sunday afternoon workout at the Olympic Stadium in Phnom Penh

I’m looking forward to seeing what other adventures my time in Cambodia brings, while hopefully also doing some great science. And of course, I’ll be keeping my eye out for that German Shepherd.