You are here: RAID > Blogs > Rice is Life

What do you think about when you think of South East Asia? You probably think bustling cities with crazy traffic and even crazier driving, with the smells of smoke, pollution and exotic foods mingling in the air. Or maybe you imagine something more peaceful like the endless rice paddies, made up of many farms, only separated by the rough dirt tracks and stilted bamboo shacks that many locals call home.

There are iconic features that are widely recognisable throughout this rapidly growing part of the world, in countries such as Laos. These features, shared by these neighbouring countries, define not only the culture, but some of the constraints to agriculture and development within this region of the globe.

Rice is the staple food for a massive proportion of the globe and is the most important grain grown for human consumption. In SE Asia, it is eaten at least twice a day by most people and for some, it can be all they can afford to eat for periods of time. In countries such as Laos and Cambodia, it is a common greeting to ask, “Have you eaten rice yet?” 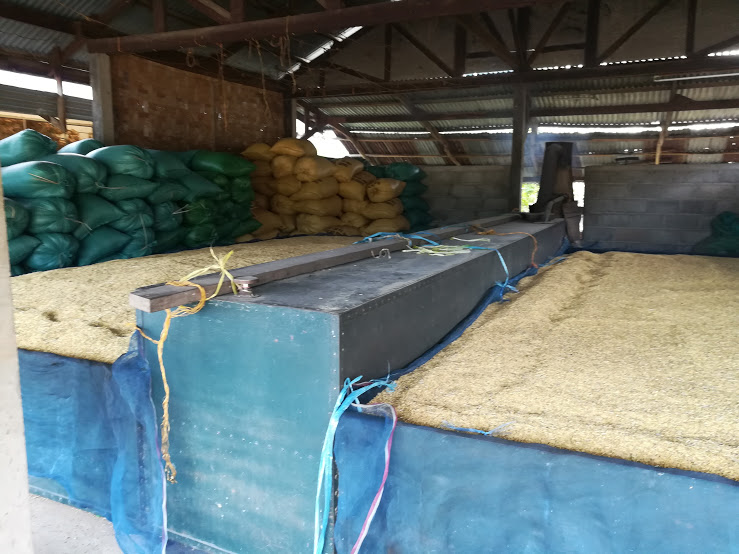 Even on the least arable land, farmers will try to grow rice. It can be irrigated or rainfed but in peak production, paddy rice can require 20% more water than standard grass. This can be exacerbated by high temperatures common to some of these areas. Water is becoming a scarce resource due to the initial impacts of climate change as well as extensive damming of large rivers such as the Mekong.

Continuous rice farming without rotation results in many soil borne diseases that can devastate yields. A lack of inorganic fertiliser depletes soil nutrients that reduces yields in the long term. Continuous rice farming without cash crops, such as fruit or vegetables, can create a poverty trap for farmers, due to low rice prices from a flooded market and constantly borrowing money for crop inputs.

Western business people operating in countries like China and Japan have been educated around this concept for some years now but the concept of ‘face’ can be found throughout nearly all of Asia. Public loss of temper, embarrassing others or themselves can result in losing face which is extremely hard to regain. In the context of development, the concept of ‘face’ can have negative impacts on learning and the sharing of information.

The roles of teacher and student are very strict and the environment is very different to that of the interactive and lateral thinking classrooms in countries such as Australia. Farmers being educated by extension or government staff usually assume the student role. Therefore, they can be afraid to ask questions because it may indicate that the teacher has overlooked content or is not a good teacher. Others can feel intimidated by their rank as a government official which may also deter questions. Training of professionals such as extension and government staff is infrequent and the information can be dated so in turn, farmers receive incorrect or old advice and are not kept up to date with the latest technologies, chemicals or management practises. This can be exacerbated by bad communications as many farmers do not have mobile phones or email.

Like many other countries around the world, Laos is a small country but has its own language (as well as other ethnic languages) and writing system. It has a small landmass and a population density of 29 people per square kilometre, compared with the Asian average of 137. Currently, the population of Laos is less than seven million people. This provides a very small market for large scale manufactures to supply language specific goods. 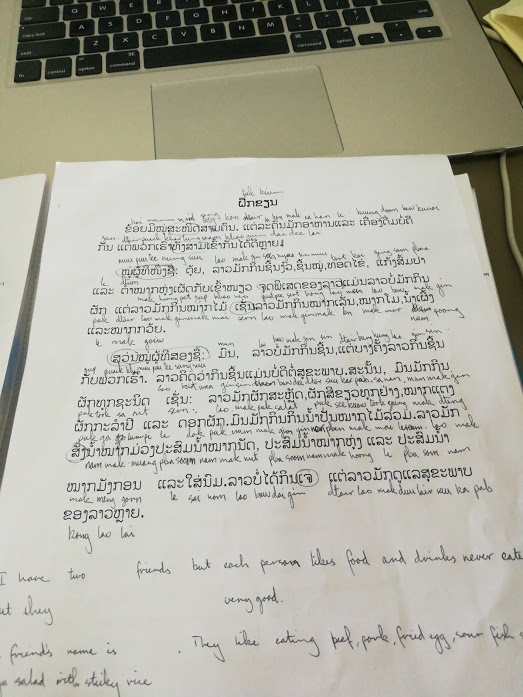 Some of my Lao language homework

Currently in Laos, very little pesticide or herbicide is used by smallholder farmers, especially in comparison to their neighbours, Thailand and Vietnam, two agricultural powerhouses in the region. Consequently, it is almost impossible to find chemical labels with Lao language. The chemicals sold in agricultural stores normally have Thai labels and instructions so unless the shopkeeper or the farmer can read Thai (some Lao people can as the languages share similarities), the instructions are useless and the chemicals may be used incorrectly or not at all.

Similar issues arise for educational material and scientific literature. Many research publications in Lao are written by foreigners and in English. There has been little effort to translate research findings or extension materials into Lao so people who do not read English struggle to find any materials that they can understand. There are also many ethnic groups in Laos that do not speak Lao as a first language which further aggravates the issue.

In most Asian cultures, it is customary to remove one’s shoes when entering a house or an office. This has led to the almost unanimous wearing of flip flop shoes or shoes that are easy to take off. 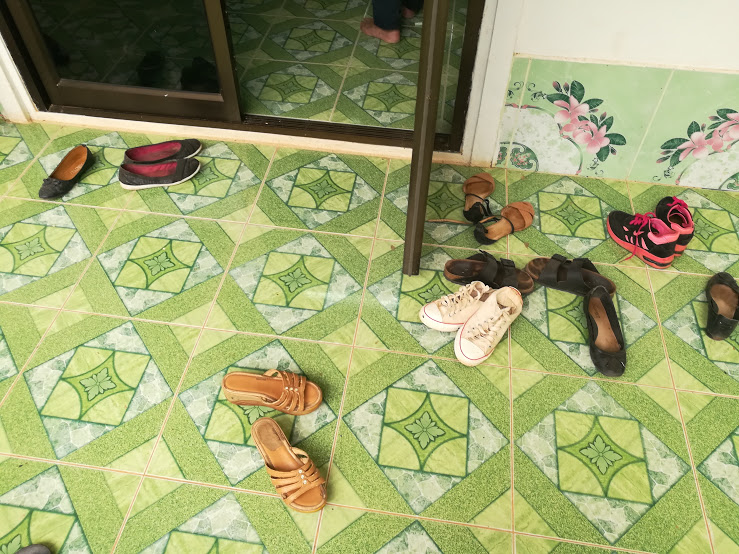 During my time in South East Asia, I have not seen any farmers wearing closed in shoes like Western farmers would do. Some will put on some socks underneath if they are harvesting rice or something equally dangerous. South East Asian farmers are an OHS Officer’s nightmare! With the rise in chemical and machinery use, safety measures, like wearing proper shoes, are more important than ever to prevent accidents and illness in the short and long term.

These are just a few examples of many in places such as Laos where I am currently volunteering. It can make some development work frustrating, particularly if these factors have not been taken into account. South East Asia is a wonderfully exciting place to work in agriculture and governments and farmers alike are keen to see change for the better.