You are here: RAID > Blogs > Lasagne, chopsticks, and communication in international teams

Wes is currently a Media Officer with Charles Sturt University, with experience working with multicultural teams in developing countries in SE Asia and the Pacific. During these times, he worked for the Australian Centre for International Agricultural Research, the University of the South Pacific and the South Pacific Regional Environment Programme. He graduated with his PhD from CSU in December 2016, and since then has been communicating the findings of his research.

Imagine this. You are visiting another country for the first time, and you visit an Italian restaurant. Lasagne is on the menu, you remember your nona’s amazing food, and you order it.

Steaming, hot lasagne arrives at the table, smelling fantastic. To eat it, your waiter presents you with a set of chopsticks. You have never used chopsticks, the lasagne is soft and runny, not made for chopsticks, but you battle on and finish the dish.

The dish is familiar but the eating tools are not, and they are hard to learn and use.

Welcome to the world of inexperienced computer users trying to communicate with their overseas counterparts in international research projects. They see the project problems, they see the need, but the communication tools, the ‘chopsticks’, are not ideal for the job.

Chopsticks are not the ideal way to eat lasagne!

International research teams usually include members from developed and developing countries, with variable levels of education and international experience, but who are endowed with either access to greater economic resources and skills, or access to the land and people with whom the research will be carried out.

Over the years, I noted communication barriers within teams that often led to poorly executed projects, sometimes even failures. I was intrigued and felt sure it could be done better, so a PhD involving a case study based in Australia and Laos ensued.

My first major result showed nearly all members of international research teams prefer face-to-face communication. This may not be surprising, but this may also not be possible where members live in different regions, countries and time zones. In response to funding limitations for travel, team members have come to rely on information and computer technologies (ICTs) to allow communication between members of teams collaborating for and in developing countries.

I also found a number of barriers to effective communication between team members. Language stands out as number one problem for researchers for whom English might be their second or third language, particularly where technical terms are used and spoken in an Australian accent!

On the other hand, researchers from Western countries, including Australia, believed developing mutual trust and respect are most important. Interestingly, while Australians I have interviewed consider language differences important, especially fluency in English, this issue was not their number one concern, and they saw little need to learn their counterpart’s language.

Time and geographic distance between team members and cultural groups also presented difficulties for communication, especially in developing professional relations and trust. Research shows close proximity increases effective communication, but funding may preclude this particularly where travel is expensive. This is where ICTs can play an important role.

Other communication barriers include differences in organisational structures, national political systems and access to funds; amount of broadband and infrastructure available to run various ICTs; and the importance of non-verbal cues such as a nod or a grunt for effective communication.

These barriers are apparent in all communication, both face-to-face and via ICTs. This has important implications for ICTs used in multicultural communication as each varies in its ability to account for cultural differences while completing a task in a research project.

My research shows no one ICT overcomes all these barriers. No one ICT can make an inexperienced researcher a better team member.

However, I did find that email was by far the most preferred ICT, especially by non-native English speakers. Why? Because it gave them time – better than instant messaging, Skype or even face-to-face – to craft their messages and get advice as required, especially where they wanted to preserve their face with native English speakers and maintain good relations. They want to understand and be understood. This flies in the face of traditional IT theory which decries email for not transmitting non-verbal cues, particularly for Eastern cultures.

Other ICTs have their pros and cons. Skype has been hailed recently as a replacement for face-to-face meetings. But within international research teams, non-native English speakers in particular were concerned at the lack of understanding, trust and so poor communication engendered when using it, while limited access to sufficient broadband and infrastructure is also limited its use in some developing countries and organisations in them.

There was much more to my work, but I hope you now have a taste of what is in my thesis is titled “Exploring in-person & technologically-mediated communication within international agricultural research teams”.

Contact Wes for a copy of his thesis – wward@csu.edu.au

Blog: The power of language “To Pasa Lao, or not to Pasa Lao, that is the question” 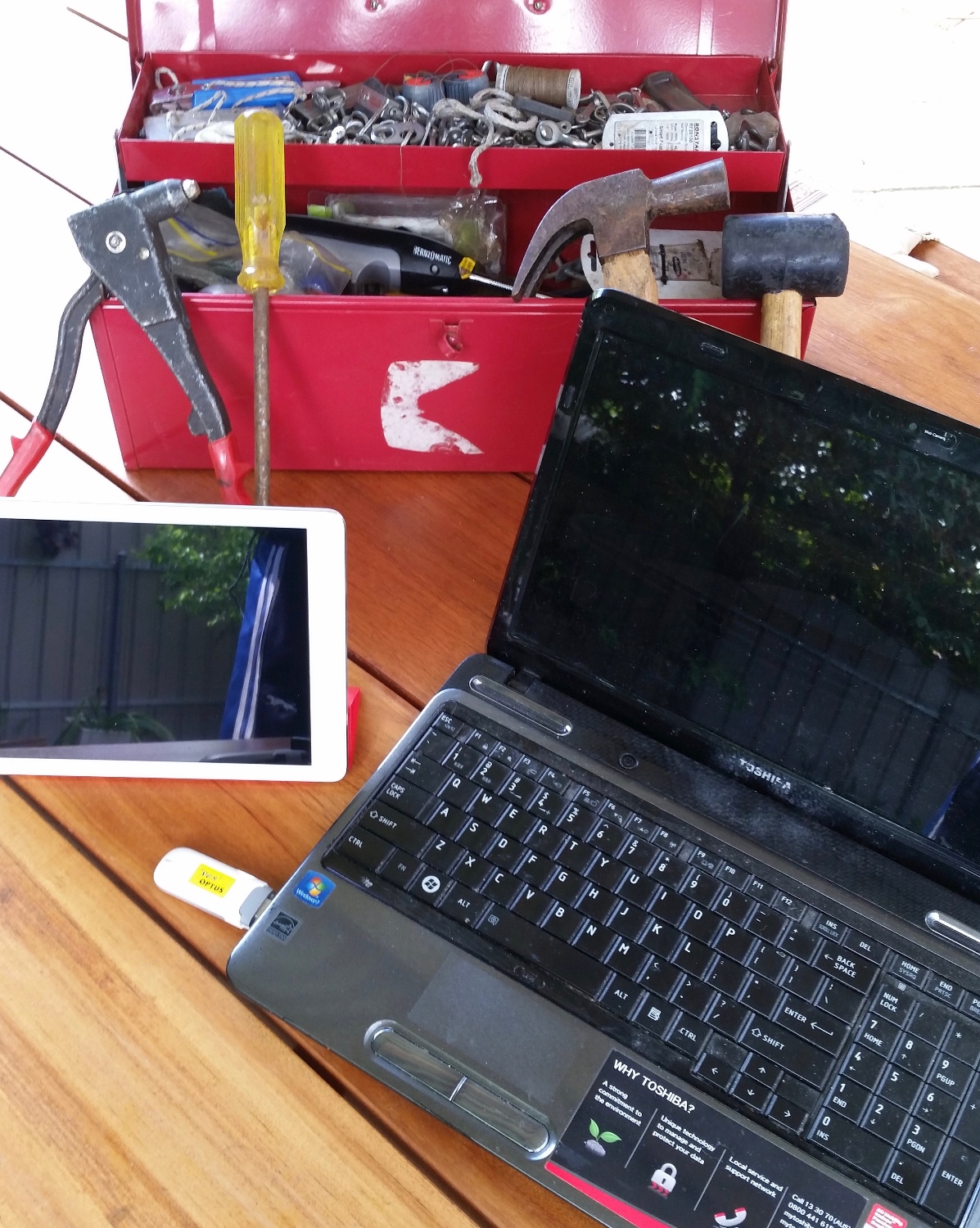 Tools of the trade!