By Joe Vile and Sam Coggins

Did you know that Australian science and knowledge contributes to the diets of 400 million people worldwide?

We couldn’t help but agree when John Anderson spoke and Andrew Campbell wrote in support of our agricultural aid work. Here we add the voices of young Australians that have seen the benefits — both to smallholder farmers overseas and to Australians.

This financial year, Australia will spend ~0.08% of its federal budget on aid connected to agriculture, fisheries and forestry. It doesn’t sound like much but this little bit of vegemite goes a long way. Australia’s work in agriculture for international development delivers real benefits for Australians and our neighbours.

As Bill Gates puts it: “It’s been proven that of all the interventions designed to reduce poverty, improving agricultural productivity is the best.”

So what are some of the stories behind these statistics?

Along with benefits for farmers overseas, there are also benefits for Australians seeking wider experiences in food and agriculture. We’ve both benefitted enormously from our work and volunteer stints overseas. We’ve built technical skills, people skills and had a lot of fun while doing it!

Stories from fellow Aussies match ours. Two-way exchange with farmers doesn’t always have to be formal or serious. Here are a few of our favourite ag enthusiasts having a crack: 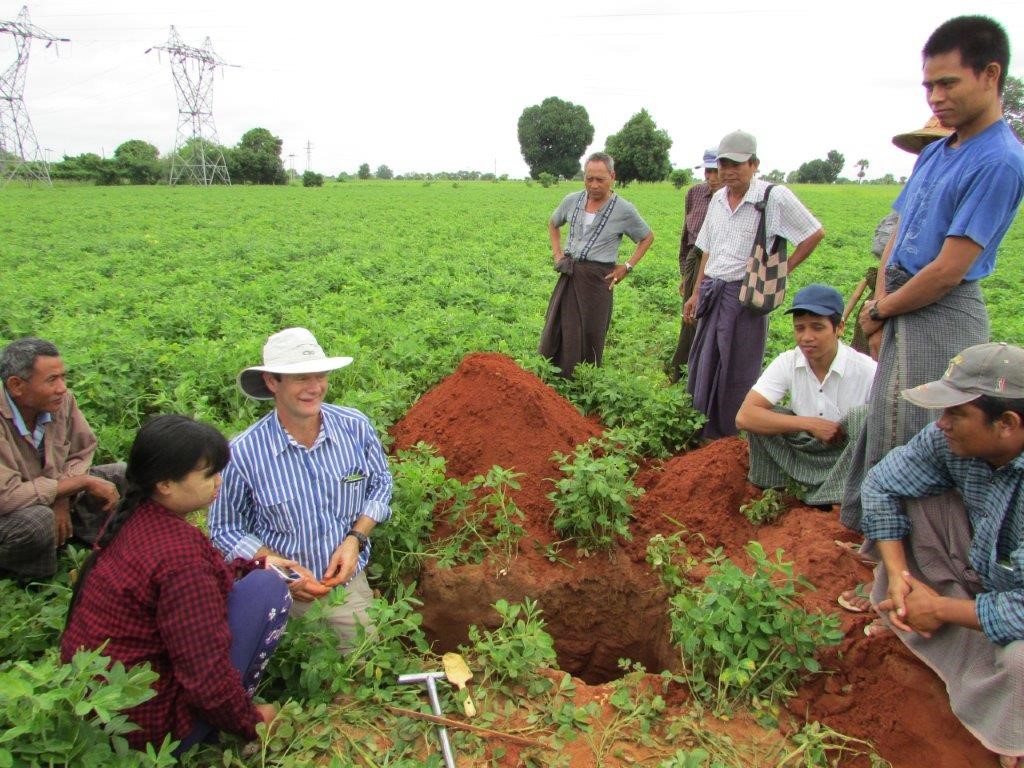 1. Craig Birchall is an agronomist, researcher and lecturer at the University of New England who works with smallholder farmers in Myanmar. Craig is pictured here with farmers from Ma Kyee Kan village. While discussing nutrient leaching, the farmers pointed out that plant roots don’t penetrate as far as Craig was indicating. When they got to digging soil pits, they found that the farmers were correct in some places. The roots in some villages hit a compacted soil layer resulting from decades and perhaps centuries of cultivation. Craig and the farmers discussed options to solve this issue like introducing tyned implements rather than discs. 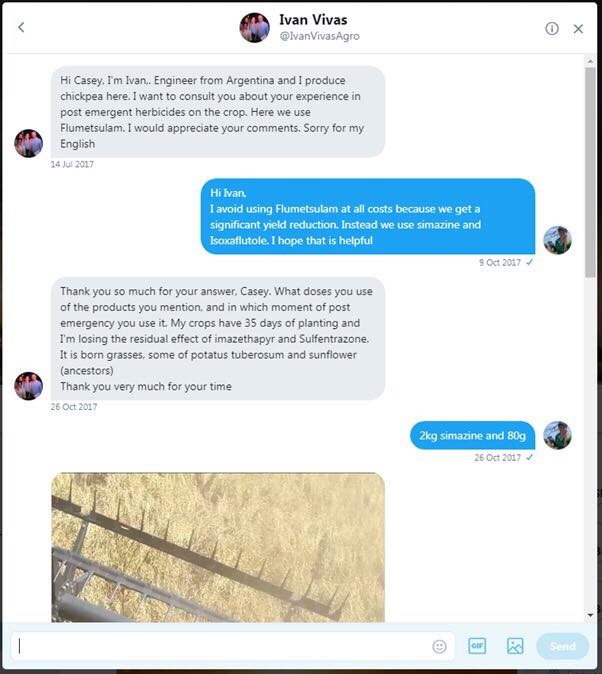 2.Take Casey Onus from Univeristy of New England, who has been getting photos of chickpeas in Argentina in her Twitter inbox! She says: “Giving your time to others overseas can be as simple as responding to messages on Twitter. At times we can forget how lucky we are to have such great opportunities in Australia, so I find it rewarding being able to help farmers from across the globe with various questions. I’ve included a screenshot from where I gave some advice to Ivan in Argentina last year and he kept in touch to let me know how his crop of chickpeas went”. It’s never been easier to cross the world to share our agricultural expertise. 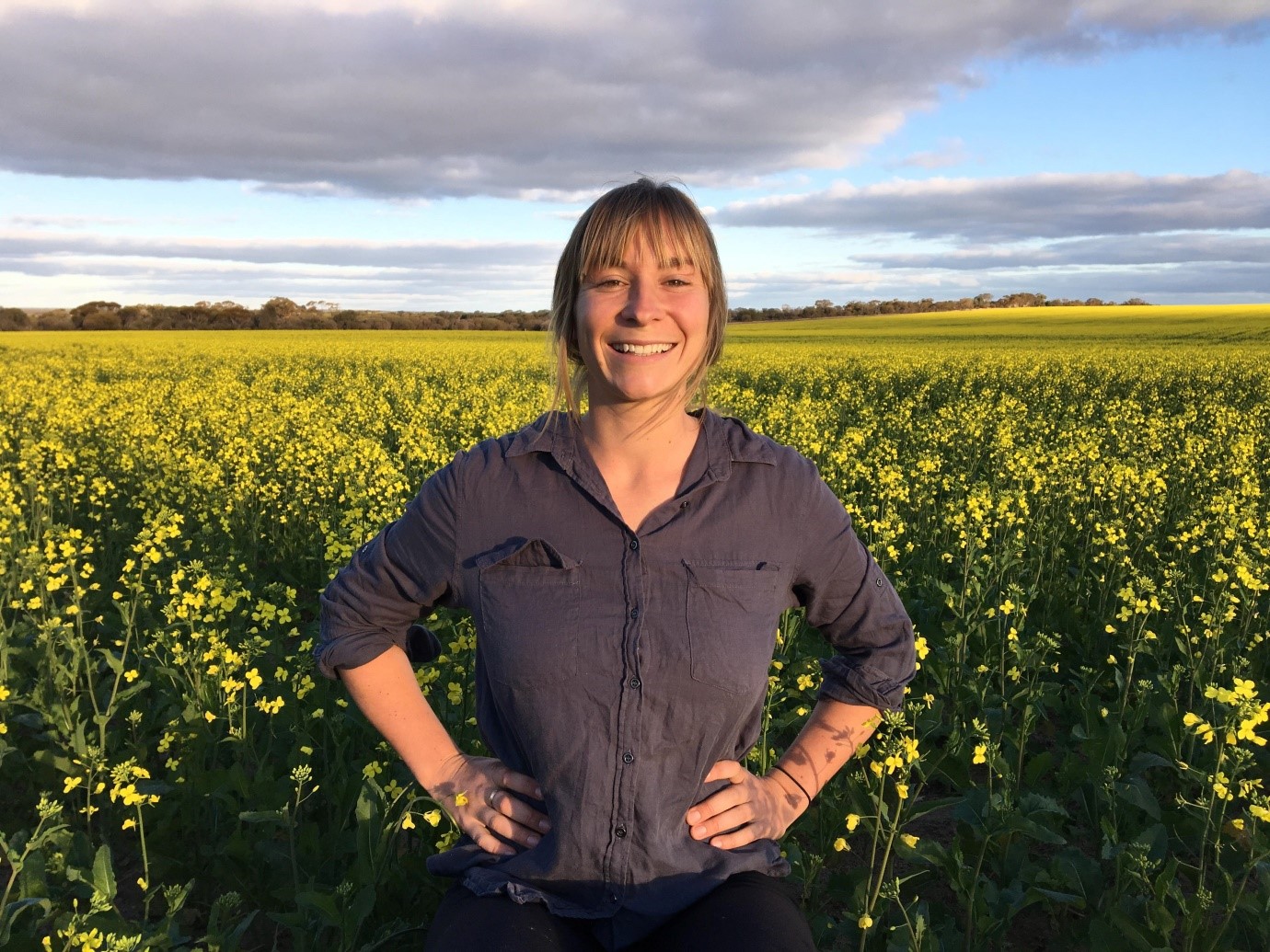 3.Erin Pope from the Eastern Wheatbelt in Western Australia spent time in Ethiopia in 2016 looking at how basic mechanisation could improve the efficiency of smallholder farmers. Erin learned a good lesson on how local farmers often see their needs differently to development practitioners. “We arrived at a trial site to hold a demonstration day with a farmer group, but word had spread and our group of 15 farmers turned into half a village. When asked for feedback on the machinery, one farmer turns to us and says ‘it might make the work easier, but it makes more noise than my son. I like my oxen.’” 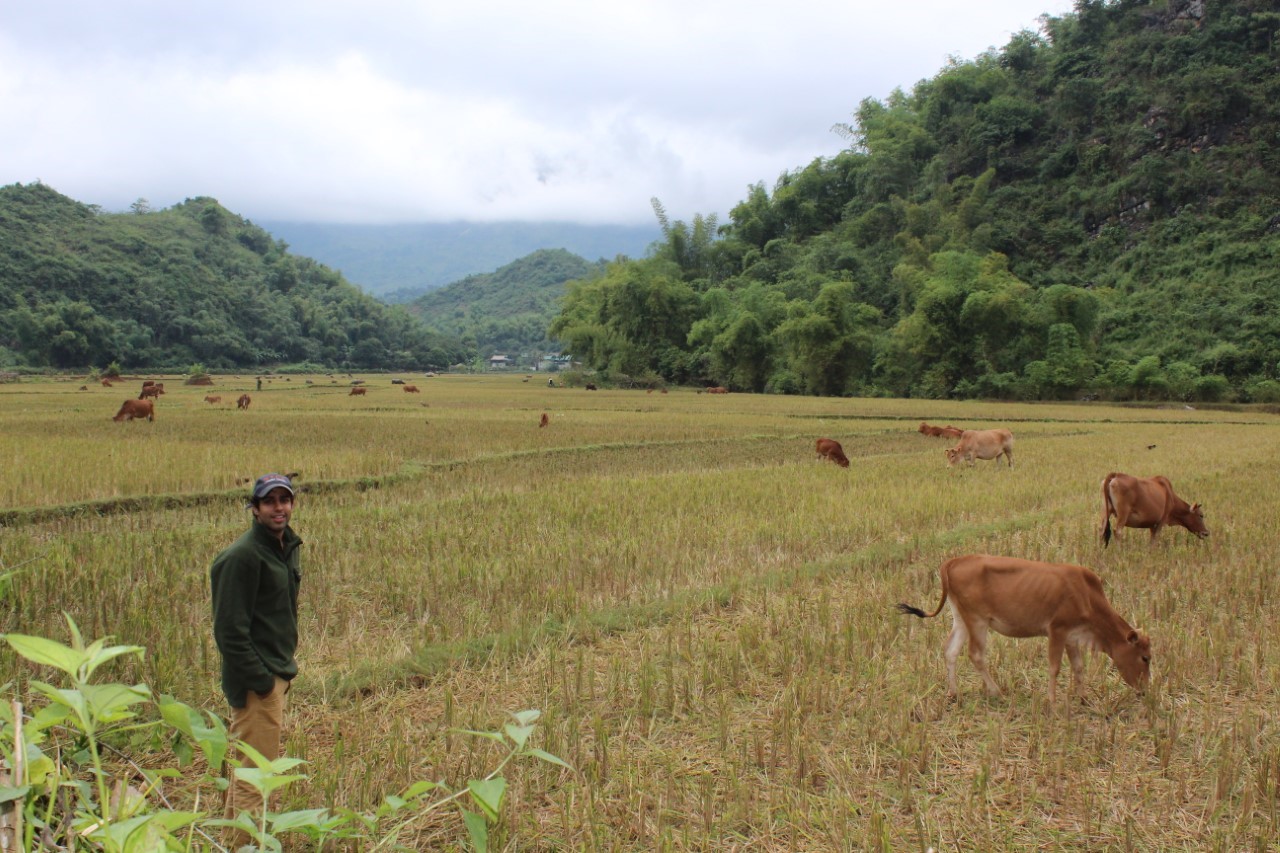 4. Max Barot is an Australian vet who works with smallholder livestock farmers in South-east Asia and the Pacific. Max says “Our generation will face their own unique challenges and hurdles to feed the world in a safe, fair and sustainable way. As a young veterinarian these experiences are incredibly invaluable, through engaging and understanding different farming systems and developing relationships and partnerships. Some of these things can’t be taught, they must be experienced!” 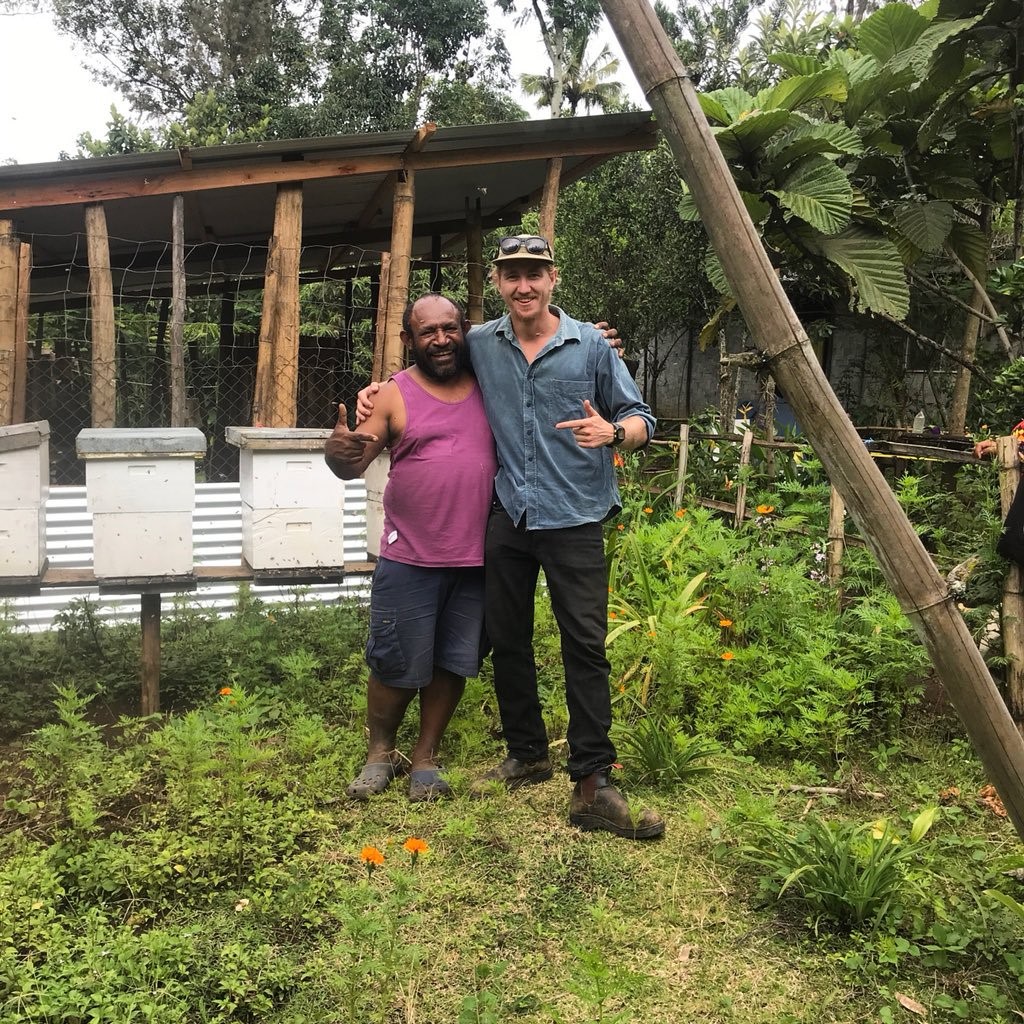 5. Cooper Schouten says “Put people before things, decentralise, enable and empower those poorer and weaker, value and work on what matters to them and learn from communities rather than striving to always teach. Aim to reach the village, not the moon!” We love these humble words from PhD candidate Cooper, pictured here with a fellow bee farmer in Papua New Guinea.

These passionate young people are just a few of the many Aussie agriculturalists making a difference at home and abroad. There have never been so many opportunities to join them. Click here for a compilation of opportunities, featuring the recently launched Farmers Without Borders.

So get out there, and jump into a soil pit with a fellow farmer overseas!

Joe Vile is a Policy Officer at the Murray–Darling Basin Authority. Prior to getting involved in Australian water reform, Joe worked with smallholder farmers in the Vietnam Mekong Delta to improve production in rice-shrimp rotation systems in the face of climate challenges.

Sam Coggins is a Graduate Research Officer at the Australian Centre for International Agricultural Research. Sam loves soil and is dedicated to supporting smallholder farmers.