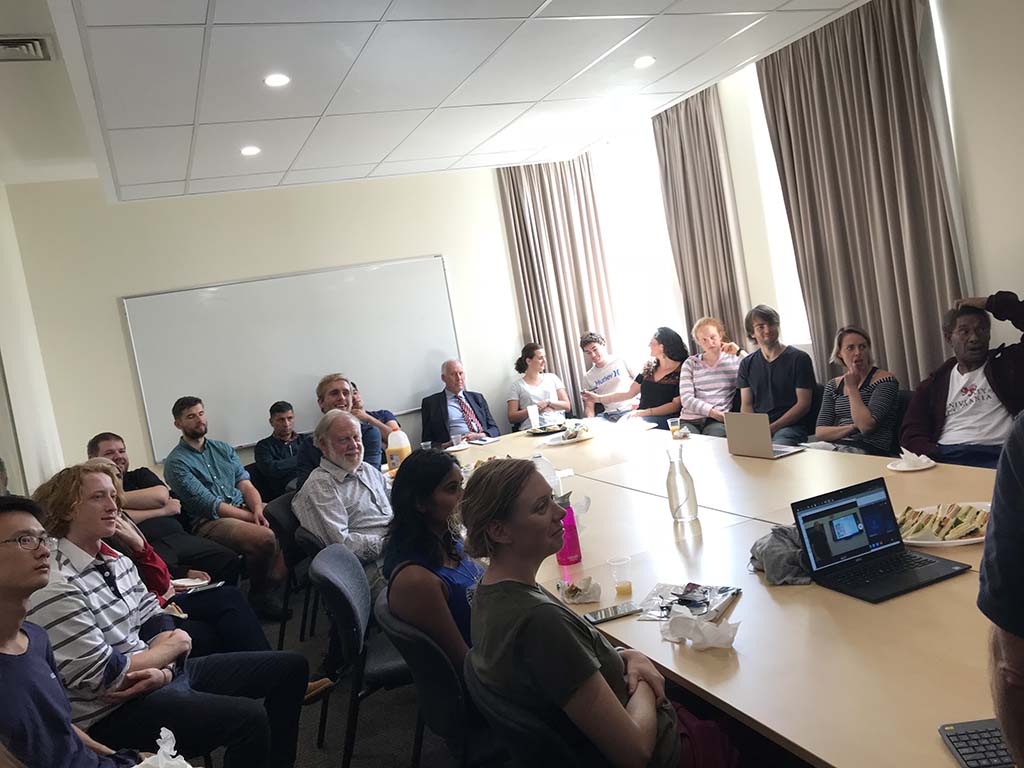 A lunchtime information and networking event was held at the University of Tasmania on 28th March 2018 to showcase RAID as an Australia-based not-for-profit organisation and highlighting the value of international agricultural research for international development.  The event brought together undergraduate, honours, masters and PhD students with early, mid and late career researchers with an interest in agriculture and international development. We had a speaker from industry, Lee Peterson, who talked about his work in Vanuatu on sandalwood, and work in Europe regarding berry production. He explained the clear link between his research in Vanuatu and regional development, particularly around capacity building and sustainable development.

One student commented, “I found the whole presentation very interesting, it’s hard to pinpoint a particular point. However, I did think that the contrast between the two systems was very interesting. The highly regulated and monitored berry production system vs. the manual labour and long time scale for the hardwood production. I find it interesting how diverse international agricultural research can be.”

Lee’s talk also highlighted the advantages of overseas research to the Australian community. Neville Mendham the Tasmania Crawford Fund Coordinator, and Richard Warner, Chair of the Crawford Fund’s Tasmania State Committee were also in attendance, and gave the audience lots of information about ACIAR, RAID, The Crawford Fund and the Crawford conference. There were a number of questions from the very interested audience, and the session was recorded and distributed so that students who were unable to attend were able to find out about Lee’s work and the work of the Crawford Fund at a later date. 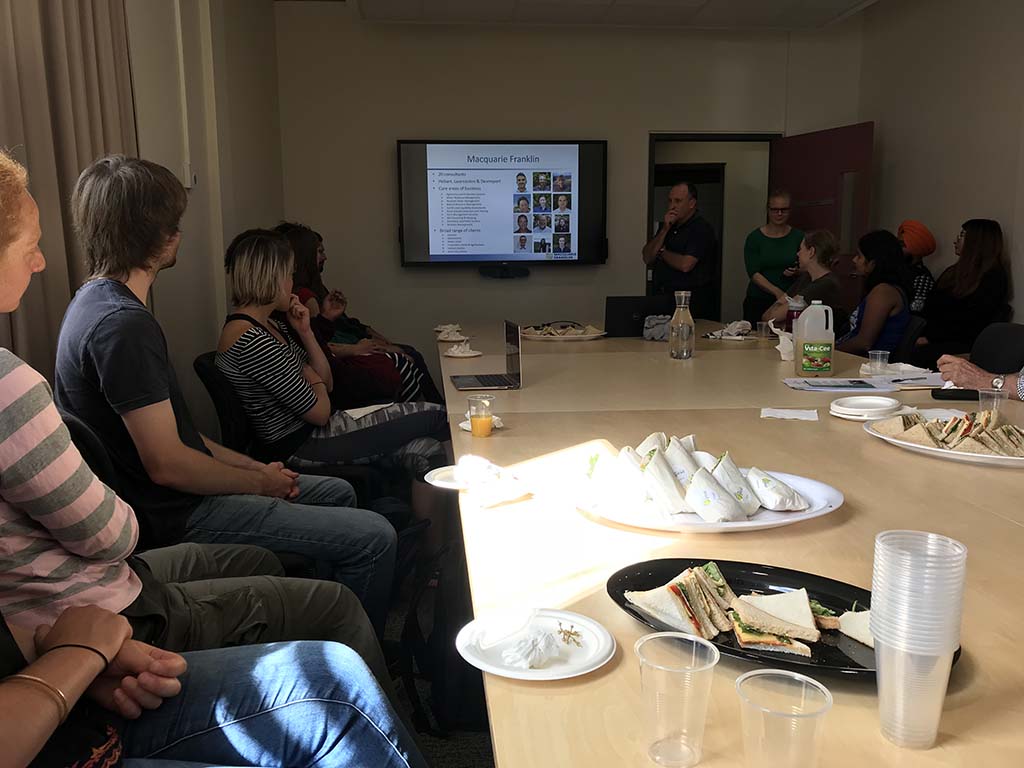