You are here: RAID > Blogs > Wearing your big girl pants

‘Bor dai’…… It’s a phrase I’ve learnt to accept. It means ‘can not’ in Lao. It’s not that it happens all the time, but when it does, it tempts me to lay on the ground and commence a grand mal tantrum.

I was standing in the Lao digital TV company. I was asking if it was possible to buy extra channels. I had connected the TV, hoping I could watch the Australia channel or maybe some BBC. Apparently, I ‘can not’. It sounds like a first world problem. I had been watching CNN’s seemingly rolling coverage of Donald Trump’s presidential campaign for the last 48 hours (since I connected the TV) and was at breaking point. I considered arguing…. (why couldn’t I pay for extra channels?). I considered crying (I really like TV). In the end I decided to do neither. I put my big girl pants on and walked out of the shop…..adult-like but deflated.

Some people are probably reading this thinking ‘What is wrong with this person, why is she so upset about only having one English television channel?’. However, it came at the end of a difficult day. Fibre-optic internet was also a ‘can not’ (despite being a ‘can’ when we signed the lease) and our boxes from Australia had finally arrived with many of our things broken. Not to mention the difficulties we were having organising the delivery of water and the thousands of dengue carrying mosquitoes that were offended when we moved into their house.

Moving countries can be tough and sometimes it feels like you will never get everything organised. But two weeks later, some real news has finally made it onto CNN, the internet is working ok and water is arriving regularly. We are in business! All of a sudden there is time to enjoy $2 plates of Pad Thai and fresh BBQ pork buns. My husband has acquired one of those battery operated tennis racquets that you use to electrocute mosquitoes. It makes a surprisingly enjoyable activity in the evenings and the accompanying swatting sound it makes when you get one is very satisfying. My advice to those relocating to the field: stay calm, act your age and buy one of those mosquito killing tennis racquets. 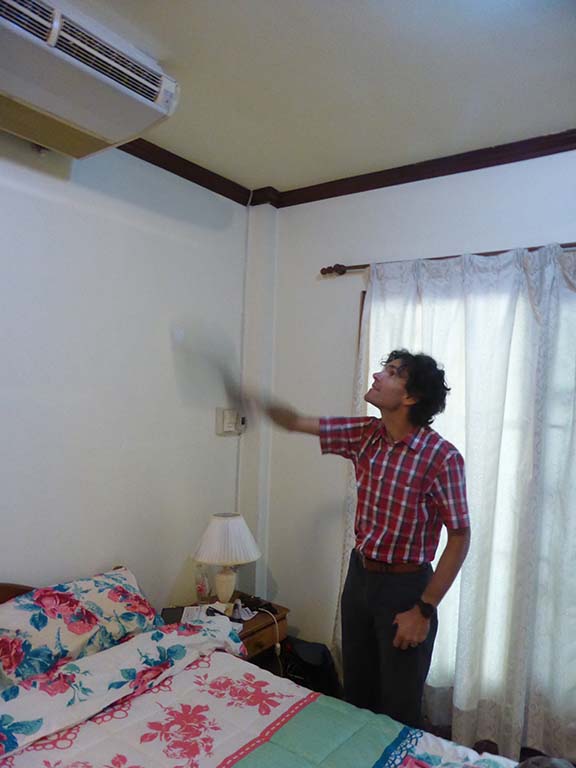