“We are one sweat”

A little bit of team bonding, some long work days, a lot of humidity, and a touch of heat stroke & dehydration led to that gem of a quote (perfect for a blog title!).

I have loved travelling for a long time and I have grown to love travelling with a purpose. That is why I am so appreciative of the travel opportunities for university students. The 11-day whirlwind trip to Myanmar was fantastic! I loved the country, the people, and especially the work we completed!

We were piloting research in association with an ACIAR funded project which worked in Myanmar for many years. We worked with a team of veterinarians from the University of Veterinary Science, Livestock Department and animal health workers. We set out in our two vans and travelled to villages to interview sheep and goat farmers. We asked questions about the herd structure (how many males/females, young/old), how many were bought or sold or died? We also asked about who took care of the animals, and which duties were performed. Then we asked the farmers about which health conditions were most important in their herd and if they performed any treatments on their animals.

One of the Myanmar vets writing down interview answers

After the interview with the farmer we would go out to the sheep or goat pen and observe the herd for any obvious signs of illness. Lastly, we took blood samples from two animals from each herd. 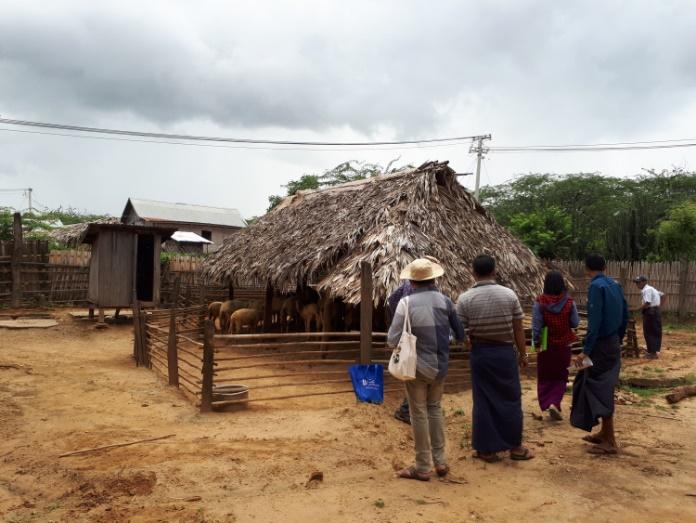 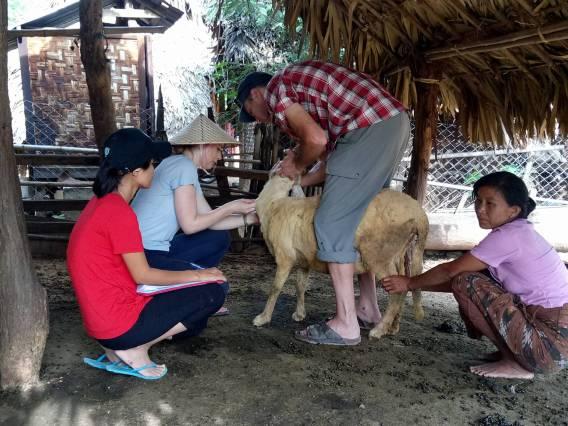 Gathering outside a typical sheep pen preparing to start our observation of the herd. Collecting a jugular blood sample from a sheep. It was rewarding to teach & assist the Myanmar vets in performing venepuncture.

Every night we came back to the hotel lobby and set up a mini-laboratory to process our samples. 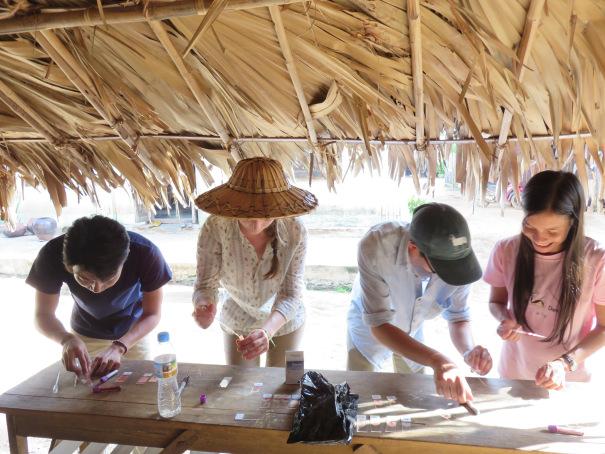 Preparing blood smears during some free time at the village

Even though this was just a pilot survey and we barely skimmed the surface of research and agriculture in Myanmar I thought our results were extremely interesting! I loved experiencing and adapting to the challenges that presented themselves to us; I feel like it made us stronger as a team. I saw the importance of working in international development. The health problems that these animals are experiencing could be cured with some involvement, education, a few diagnoses and some medicine –easier said than done!

I haven’t spent a ton of time travelling in Asia before, but every time I’ve been I’ve loved it! The food is all different and exciting; we ate a lot of soups and curries and I quite enjoyed eating goat meat! There were fresh fruit juices at every meal. Myanmar tea made of condensed milk and red brew demanded at least 2 cups during every tea shop brekky. The roads were a crazy mixture of on-foot traffic, motorbikes, cyclists, cars, and bullock carts. Honking is common!

Something I was particularly struck by was an appreciation for human generosity. We did not speak Myanmar language and many of the people I met did not speak English. Yet, we managed to communicate through a few keywords, charades, and overwhelming kindness. Any time someone anticipated that we might need or want something they would jump up to do it! I hadn’t brought a hat with me and ladies kept offering me their woven straw hats to keep the sun or rain off. Traditional sunscreen was applied to my face several times. The heat was sweltering (!!!), and at every house we were offered water, tea, or paper fans! At one point, someone even stood up to fan us while we conducted our interview. 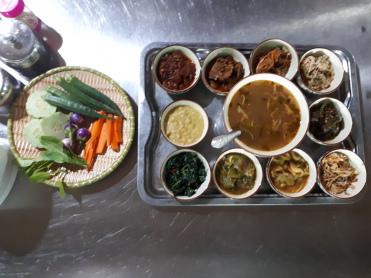 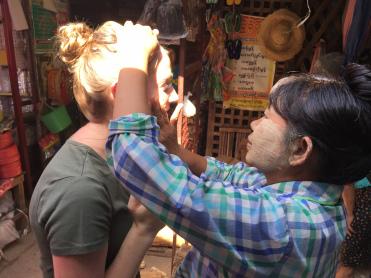 One of the ancient pagodas we visited. They are just as amazing on the inside as they look on the outside!

I can’t thank the fantastic team from the University of Melbourne and University Veterinary Science enough for being such good travel companions and research colleagues!

My name is Ileana Berezanski, I am graduating from the DVM program at Melbourne University this December. I was born and raised in Alberta, Canada which is where I developed my love for animals. Starting as a young child, I helped my grandparents with chores on the farm, medicated the family dog when he was diagnosed with an endocrine disease, and then built my experience with fresh and salt water aquariums. I worked in veterinary clinics during my undergraduate program at the University of Alberta before I graduated with a BSc in Animal Health (Food Animal major). During this period of my life I began travelling. I have now been to a few places in Australia, the United States, Mexico, Costa Rica (twice!), Japan, Singapore, Shanghai, New Zealand, and most recently, Myanmar! I don’t plan to stop learning and travelling in the future. Current life goals include owning my own business and vacationing in Asia!”