You are here: RAID > Blogs > Tales of Taveuni, Fiji

Your picture of Fiji …… idyllic sandy beaches, palm trees, blue, blue water…. and loads of tourists. Take out the last factor and throw in lots of pristine rainforest, unique endemic flora and fauna and some of the world’s best diving. And for those with an agricultural leaning, add deep volcanic soils and a rainfall measured in metres. That was my AVI placement –Taveuni, the garden island of Fiji, 1hrs flying NE of Suva for the rich few but for the majority of people, an 18 hour ferry ride.

My wife Jo  and I (a point of distinction with other blogs on the RAID website!) lived and worked for 3 years on this wonderful island along with our two sons, Jack and Laurie (a major difference). We were primarily involved with improving the sustainability of farming practices on the island ; over-zealous production is leading to decreased agricultural productivity and increased clearing of forests so we were kept busy trying to  improve cropping rotations and in particular introducing a cover crop (mucuna beans), liming (sourced locally), making compost, worm farms and even some alley cropping with different tree species. Many of these practices are new but some ideas are not eg applying seaweed for trace element deficiencies and burning, smashing up washed up coral for calcium. Jo was also largely responsible for setting up waste recycling stations in a number of villages, gaining a World Fair Trade label for pandanus mats made by women on the island and producing a cookbook with local recipes which has just had a 2nd printing. 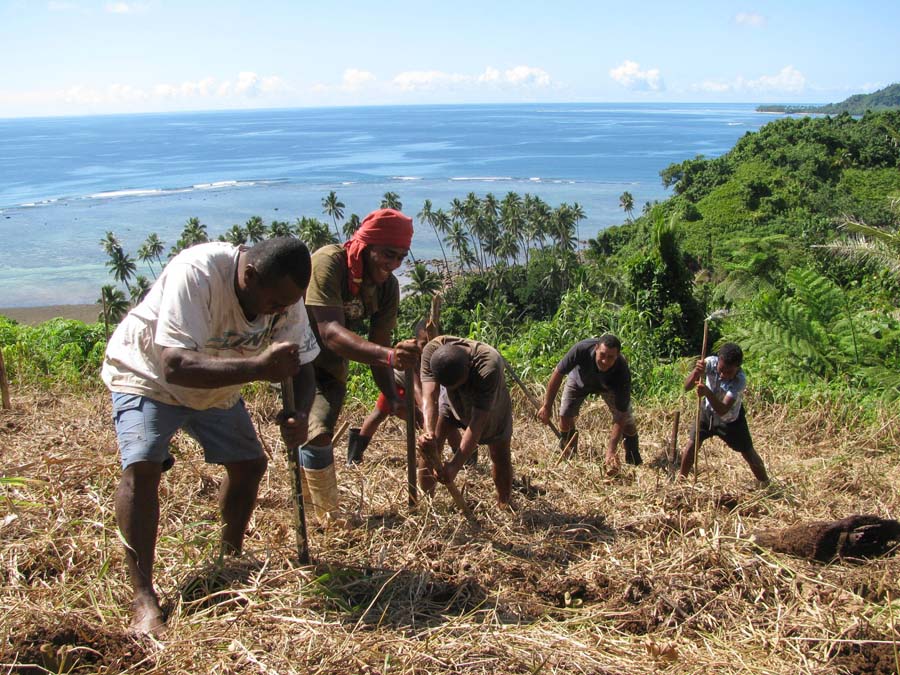 We worked with farm groups in 32 villages spread out over the island, visiting them every month. So we got to know our island very well and a stack of people. Fortunately there were linkages with an ACIAR soil health project (through Qld DAFF) on the island and through this and additional AusAID funding there was good support for operating and even funds for equipment ie ute, wood chippers and a biochar plant. One of the best yield responses in taro field trials however was from application of locally sourced fishmeal (left over guts, scales and heads, dried and minced) and I have some more field trials to harvest next month. I’m still trying to establish why there were such dramatic yield increases but it likely relates to OC and soil biology.

There is a big future for organic production on the island. A lot of the production areas are too steep or rocky for mechanised soil preparation. Hand digging of taro holes and thus leaving the mucuna bean residual mulch relatively intact can enable good control of weeds for up to 2 months after planting taro. We are also in the process of developing mucuna planting strategies in a form of strip cropping to further control the weeds in-crop. And the normal weed control – paraquat sprayed by knapsack around crop plants and usually 3 applications!

While we had some great discussions in the farmer groups I learnt not to expect too much. There may be lots of enthusiasm and good attendance in one session, but the next month may be thin on the ground due to e.g. village funeral preparations, weddings to attend, a village meeting, the word wasn’t passed around or just forgot about it….much the same as in Australia but through social obligations and large families there are a lot, lot more funerals and weddings to attend. Christmas celebrations for some villages also extended well into Feb! 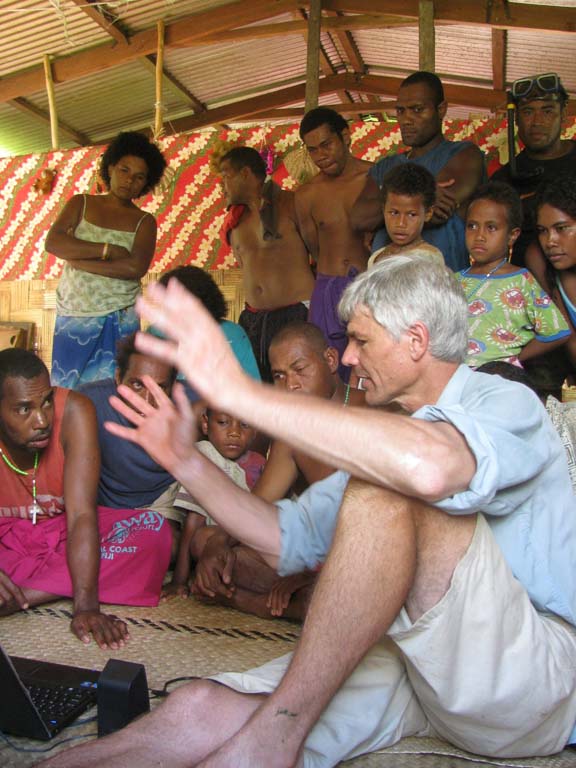 And the major negatives -the slow and sometimes non-existent internet speed and lack of power. For the first 3 months we had 12V solar lights at home but no power. When we finally installed an inverter being able to charge the laptops and listen to music on the MP3 player was sooo good (the delight taken in small pleasures!!). However there was still only one solar panel and in cloudy weather we had trouble squeezing out enough juice to charge the laptop batteries. And then at night the two 12V lights would gradually dim after an hour or two followed by beeping of the inverter and darkness. We also supplemented this with another inverter run off the car battery (which I used to run the data projector for the farmer group meetings). Life without a TV was not a problem and the even the lack of fridge was surprisingly bearable with the range of fresh fruit and vegetables we grew or available at a nearby market. Perishable food was just bought in small lots and we used long life and powdered milk.

Tasmanian Institute of Agriculture/University of Tasmania 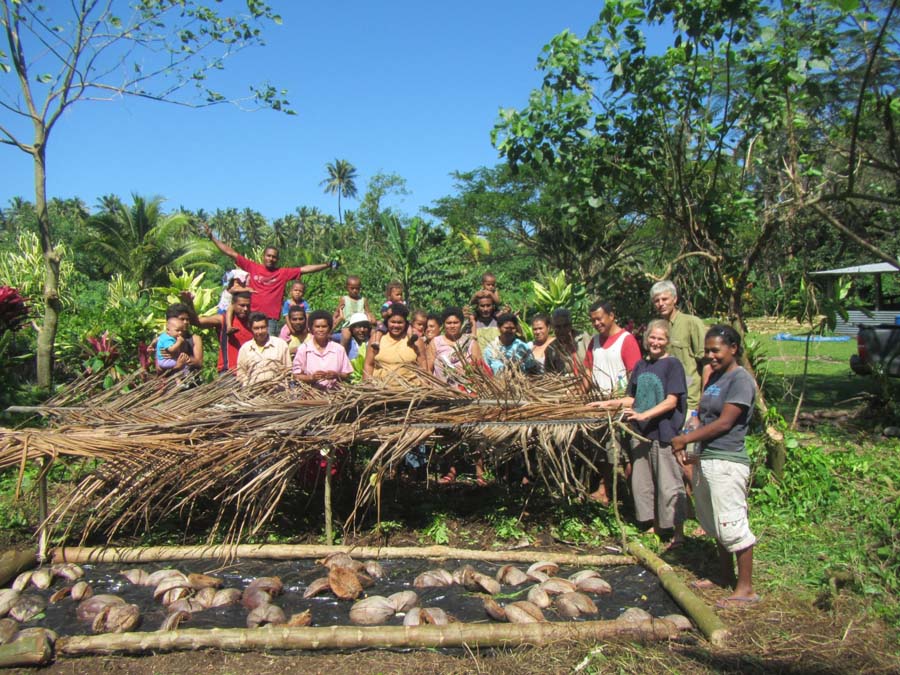