By Perry Poulton and Skye Gabb

Perry Poulton is a research agronomist with CSIRO Agriculture and Food who has over 30 years experience working on agricultural research projects in Asia, Africa and Australia.

Why is it important to record climate data on agricultural research projects?

Agriculture is based around growing food and fibre, and the crops and livestock that produce these products are all influenced by climate. Therefore, researchers need to understand the environment that both crops and livestock experience. This is particularly important given production constraints are often driven by either management or climatic factors. 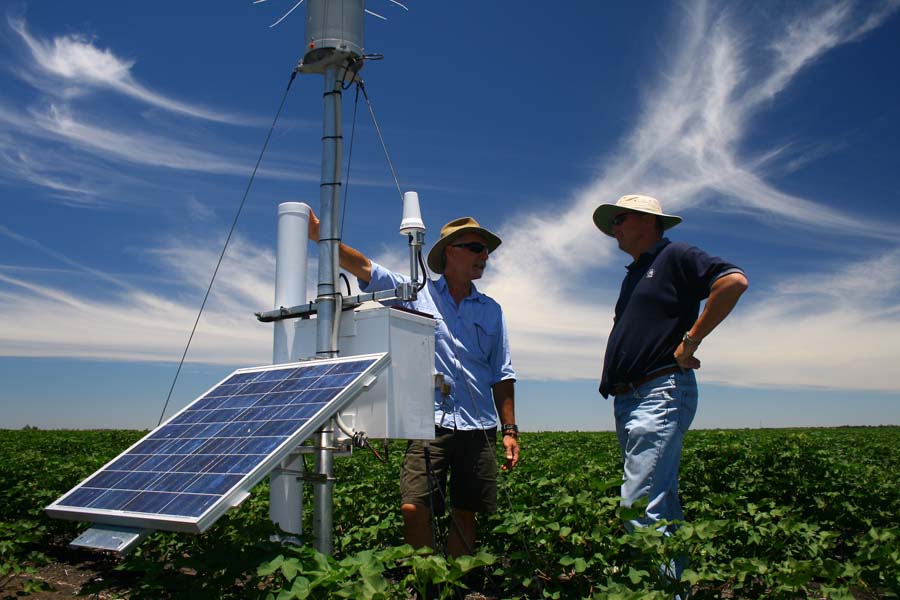 Figure 1. Perry and Peter Carberry (ICRISAT) with a climate station in a cotton crop in south east Queensland

What meteorological data do you need?

The data you need depends on whether you’re researching crops or livestock.

Modelling – models are a surrogate for reality, to simulate production we need to understand the climatic factors that drive plant and animal growth. 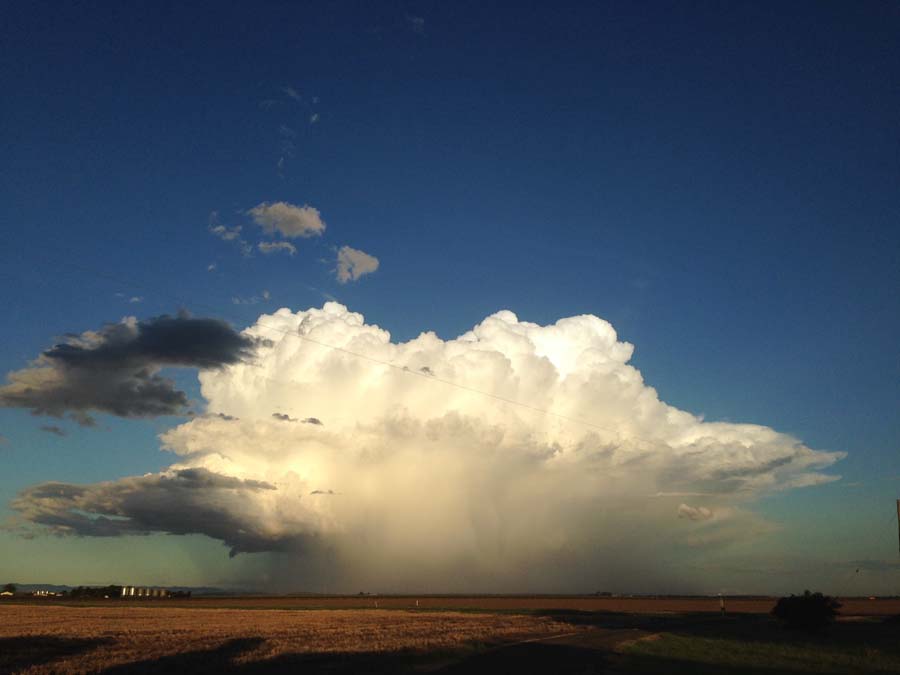 Where can you get climate data?

First, distinguish between weather and climate data! Weather is short term, day to day observations that you can look at for the last week or two. Climate data is generally long term meteorological observations which can includes one year to 100+ years of climatic records.

Online – online global spatial data derived from satellite data is available from NOAA and NASA. Some of this data is ground truthed with observations at a particular point but generally it’s a surface data for temperature and rainfall

A global data base of long term climatic records for climate sites from ~244 countries is available from NOAA and National Climate Data Centre. However, these data often has missing values and you need a complete data set for modelling. The advantage in the satellite derived data compared with the historical point data is that gaps are infilled, giving you a complete data set. However, the length of record is much shorter for satellite data compared with the point data (NOAA http://www7.ncdc.noaa.gov/CDO/cdo)

How do you record your own climate data?

There are three main options:

1. Rain gauge and max-min thermometer – these are low cost but must be manually collected on a daily basis. Farmers have been collecting this type of data for many years.

2. Electronic climate station requiring manual downloading – this is the most common way climate data is collected on agricultural research projects in developing countries. It requires a tipping bucket rain gauge, radiation sensor, temperature sensor, data loggers for the rain gauge and solar radiation sensor and a stand. The cost of setting up a climate station like this is ~$2,000.

3. Automatic climate station – data can be accessed remotely through a phone or website. These stations can take measurements such as maximum and minimum temperature, solar radiation, rainfall, humidity and soil moisture. The cost is $7,000-$10,000. 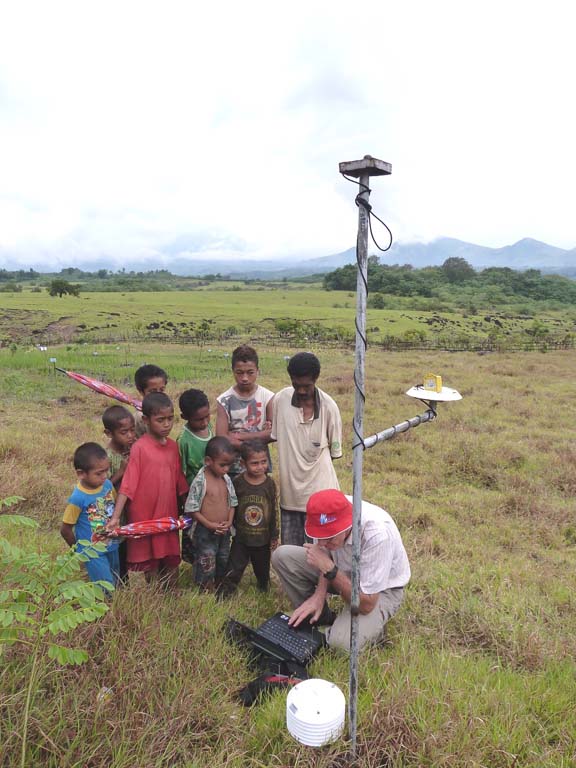 What if you only have a few years climate data and want a long term data set?

If you have a short climate record of one or two years for a particular location and you want to generate a longer record you can use nearby sites with long-term climate records. Correlating the short-term data set with long-term records will provide coefficients that can be used to modify temperature, radiation or rainfall values for the long term data set, converting it to a data set that’s appropriate for your site. For example, the Darwin long-term record has been used to develop long-term data sets for sites in West Timor.

What can go wrong? 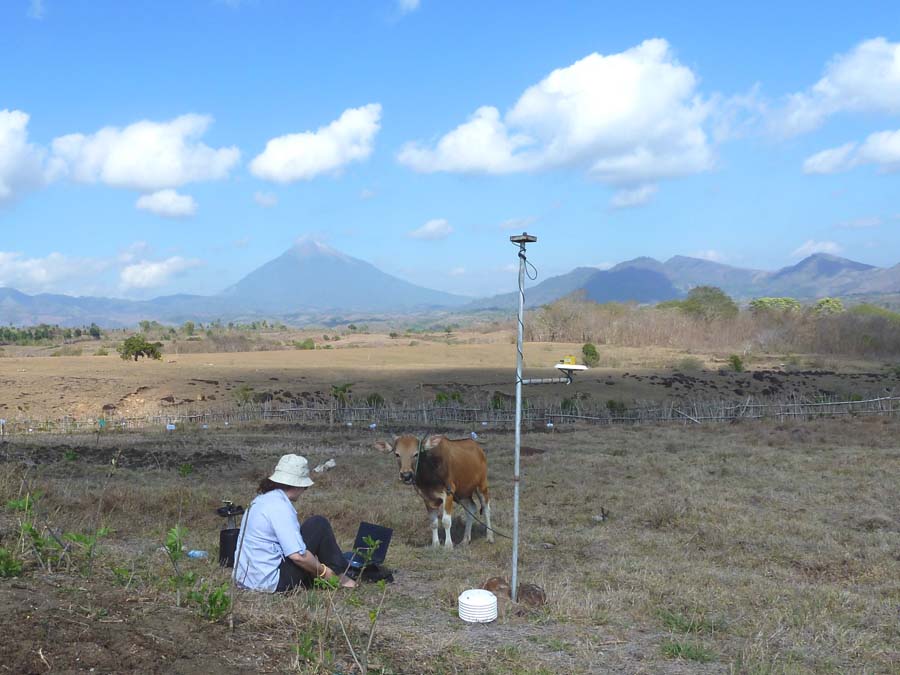 Figure 4. A met station clear from trees and buildings and any weeds which may affect data collection.

How do you research future climates?

The big issue for climate research is increasing temperature and CO2. In addition, temperature affects the heat balance of the planet, which drives rainfall.

1. Global circulation models (GMCs) mimic a global perspective to the global heat balance. These models generally run on a monthly time step and are not specific to any particular locations, rather they’re run on global grid. The GCMs produce climate data sets based on IPCC future climate scenarios for the short (current to 2060) and long term (current to 2090) periods. To use this data in an agricultural model it needs to be scaled down from monthly to daily and it has to come back down to a particular point. There are a number of methods you can use to downscale climate data to a point, these are well published. However, errors can be introduced into the daily data once you start downscaling spatial data, especially in coastal regions where the ocean and the local micro-climate has a larger effect.

2. Modify historic data to mimic an increase in temperature or an increase in CO2 and then run it through a crop simulation model. You can also change rainfall (i.e. ± 10%) but it won’t give you the changes in rainfall distribution, which are going to be the biggest issue to rainfed agriculture in the future. Altering historical rainfall frequency and intensity in the model is one way of testing the impact of these changes. 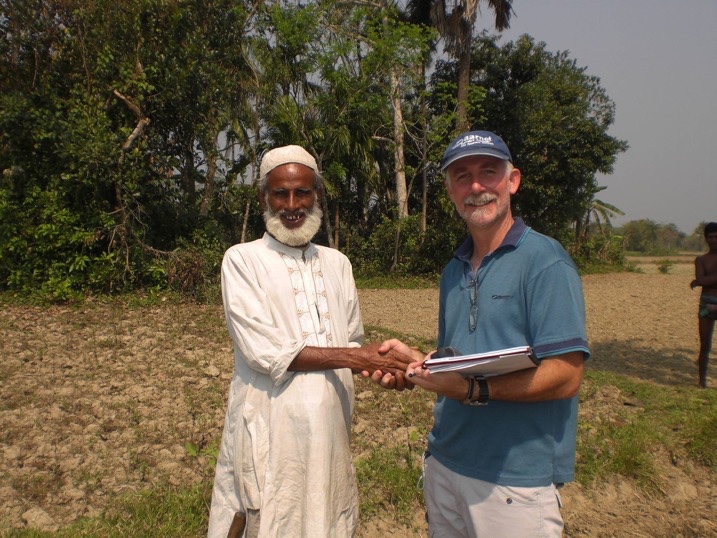