You are here: RAID > Blogs > RAID Networking with Crawford Fund

Previous Article
Next Article
Share
27 May 2016 BLOG
By David

Last night we had a good turn out to a Victorian RAID event in Melbourne. Jenny Hanks and Anthony Leddin did a great job rallying up over 20 RAID members from different Universities and organisations to come along and enjoy in a good old mixer at a great wine bar in Lygon St. A special thanks to Ted Hayes (Crawford Fund) for coming along and giving all the attendees a pep talk about getting involved in International Development and agricultural research. Ted highlighted the upcoming Crawford conference and encouraged anyone interested to apply for the ‘Crawford Fund Young Scholar’ program which supports early career researchers to get involved in this type of work. 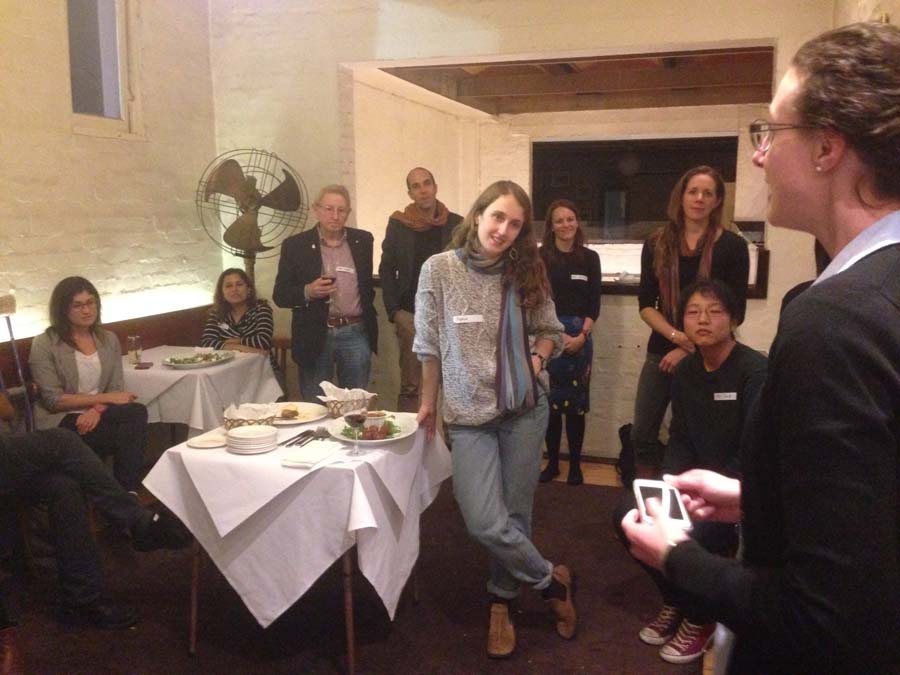 Jenny then jumped up and gave us a quick summary of her experience as a Crawford Fund Young Scholar before introducing Anthony Leddin. Anthony highlighted an interesting challenge about the difficulties of young people wanting to, yet struggling, to engage in international R4D. Anthony has an interesting idea to try and address this challenge and posed some questions to the group. 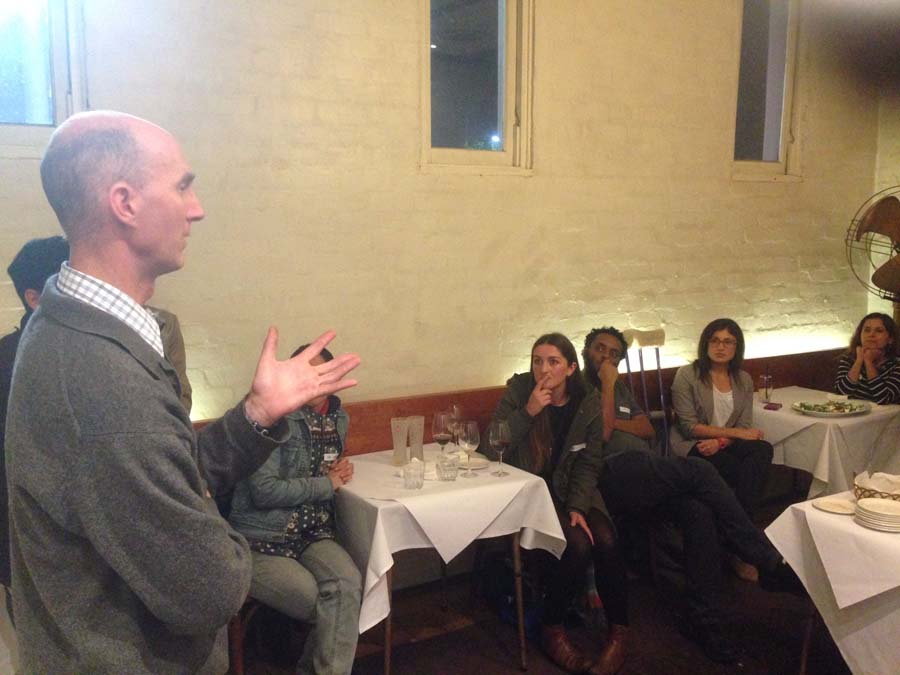 Photo: Anthony pitching his ideas and trying to get people involved

I won’t go on and steal Anthony’s thunder here – I will get him elaborate on his idea himself. However, if you’re interested in hearing about it or talking to him feel free to get in touch with him directly. It’s definitely a challenge that many people face and will be a challenge to overcome, but it’s a worthwhile discussion to have. A big thanks to Anthony for starting a conversation about it.

Anyway, it was a great event and there were lots of ideas being thrown around. Thanks to all those that came and big thanks to the Crawford Fund for supporting the networking event and VIC RAID for getting everything organised.