You are here: RAID > Blogs > Making the most of your institutions

Making the most of your institutions

Seminars and symposiums are great and something I did not take full advantage of in my undergrad. Firstly they often come with free food and as a thrifty student you take what you can. Secondly, they are great networking events – often while scoffing down that free slice you will be having a very interesting conversation with someone in a field you really wanted to meet but haven’t had the opportunity to meet yet. And finally there is a lot and a lot of super cool stuff you can learn. I’ve put together a small summary of just some of the cool stuff I learned at a symposium called “Resetting the Australian Table: Adding Value and Adding Health”. Things I didn’t know before and things I found very interesting:

1. The idea that meeting our terrifying future demands of agriculture is not just limited to technological advancements. These are super important but there needs to be improvements in the other, harder to measure, innovations such as policy, institutional relationships and trade. Although this seems obvious now it isn’t something I had thought much about.

2. That there is a double burden of malnutrition. Childhood stunting is still a problem in most developing countries but there is now an increase in obesity in some of these communities as well. This shows that the problem is so much more complicated than just giving people money and food.

3. The idea of engaging with the private sector to influence diet choices of people. They are obviously very skilled in coercing people’s diet decisions (I for one am easily persuaded into trying that limited edition burger or shake…). Rather than fighting these companies working with them and utilising their keen marketing programs for the greater good is both mind blowing and genius. The practicality of this is a whole new issue and goes back to the first point.

4. There is a lot of amazing research, ideas and programs going on right now and our world won’t be the same way it is now in 50 years time. I believe that from the enthusiasm and determination of many of the speakers a lot of this change will be for the good.

Unless you are extremely unfortunate and end up at that one seminar about something mind numbingly boring (seriously I don’t think this exists) there is no negative to attending these seminars especially if it about something you aren’t usually involved in (cross department collaboration for the win!). You never know what you might learn, who you will meet and what you might be inspired to begin! 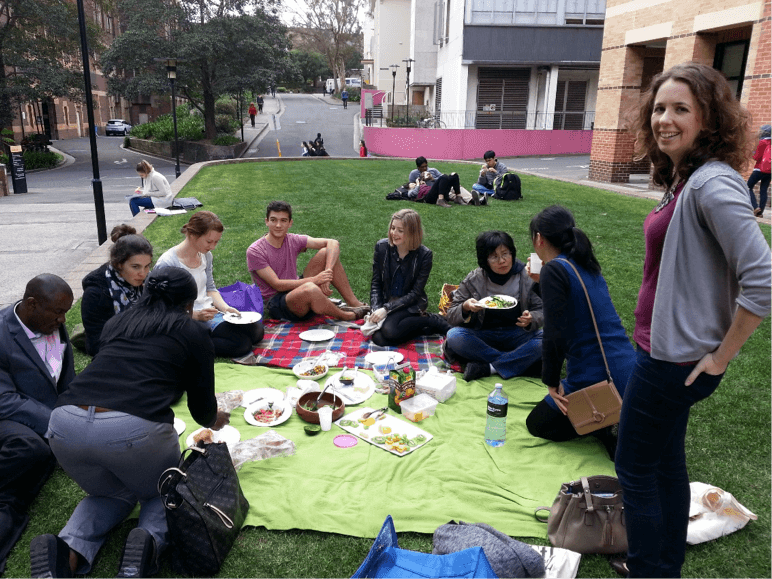