You are here: RAID > Blogs > Livestock linkages in Laos: a piece of the puzzle

Livestock linkages in Laos: a piece of the puzzle

Mid-January 2018, an hour and a half from Nakai, of Khammouane Province, my University Professor and fieldtrip coordinator dropped our group of 8 off at a remote village. “We will pick you all up in a few days” they told us. At this point we had spent 1 week in Laos and could only say ‘sabaidi’ (hello) and ‘khop jai’ (thank you) in the native language – talk about full cultural immersion!

When morning came, I walked around the village. It was a small community of approximately 40 households, with 3 generations living under the one roof. Grandparents socialised with other elders in the community over some coffee and tea, children played on quiet dirt roads, mothers tended to household chores, and fathers conducted business in other villages. The atmosphere felt relaxed and stress-free.

As I roamed some more, I noticed that not all households had cattle, but the ones that did owned 2 to 4. Their body condition scores could not have been above a very skinny 1.5, which is understandable considering the forage available was far from being an abundance of green pasture. As I soaked up what I was seeing, I realised that this is the setting of smallholder livestock farms in Laos.

98% of cattle in Laos are owned by smallholder farmers, and it is through these low-input and low yielding production systems where we expect the increasing domestic and regional demand for meat to be met. 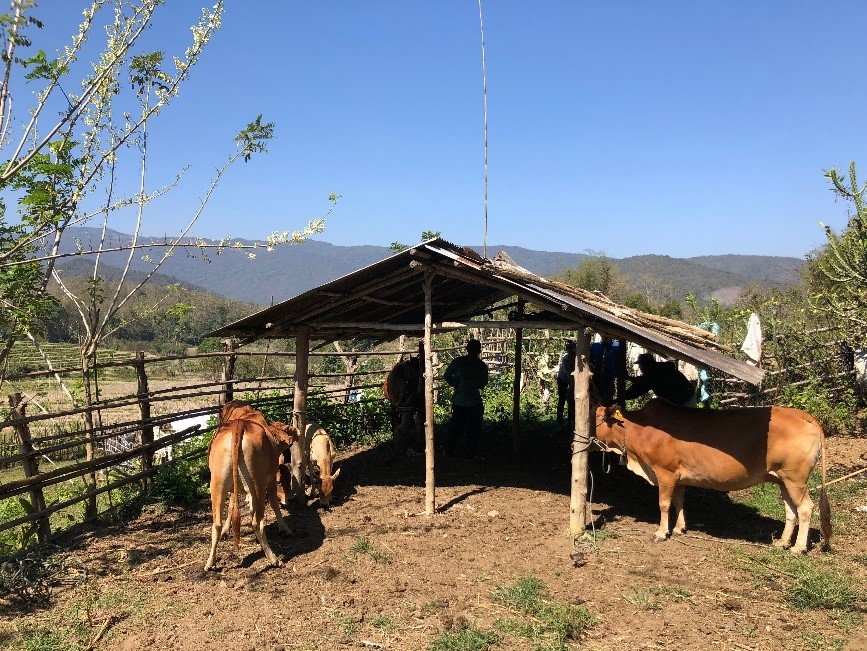 Farmers and project staff in the cattle housing area of a farm 2 hours north from Luang Prabang.

One year later, I found myself travelling to Laos again, but this time for my Honours project. I entered the 6-week trip doe-eyed with excitement and enthusiasm.

I was completely hopeful that I would contribute to the improvement of this national problem by investigating intrinsic factors which influence trade of cattle and buffalo and how this all functions in an environment where no formal system for market information dissemination exists.

The Government of Laos intends to increase exports to China and South-east Asia in the coming years, particularly more so now with the China-Laos railway being built through China’s Belt and Road Initiative and the negative impact African Swine Fever (ASF) is having on the supply of pork in China.

With a large proportion of Lao farming households still only engaging in traditional subsistence farming the question is, can these smallholder farms feasibly produce enough to meet the intended level of increased export demand? 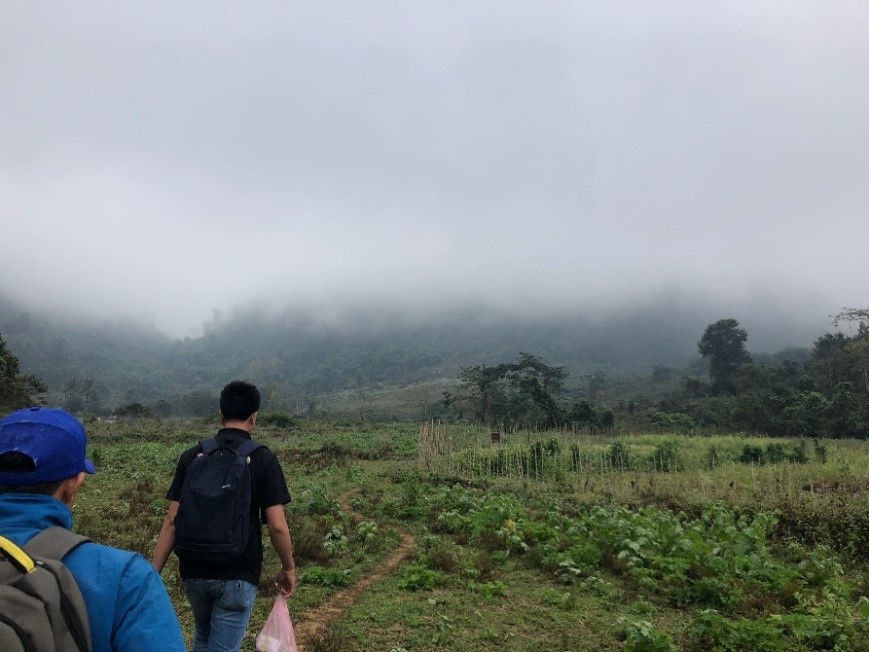 Project staff on a 20-minute walk to a farm that has no road access, ready for a day of sample collection.

Through the opportunities of my Honours project, I was able to witness the fantastic research for development work the University of Sydney and the Lao Department of Livestock and Fisheries (DLF) are completing through funded projects from the Australian Centre for International Agricultural Research (ACIAR). These projects are providing a better understanding of the current beef value chains, encouraging market-driven development and supporting improved buffalo and cattle production.

The core of these projects is to help livestock farmers, one of the poorest people groups of the developing world. The Government of Laos recognises this and the potential that increased livestock productivity offers in improving national economy, reducing rural poverty and food insecurity. Hence, the push for this developmental research. 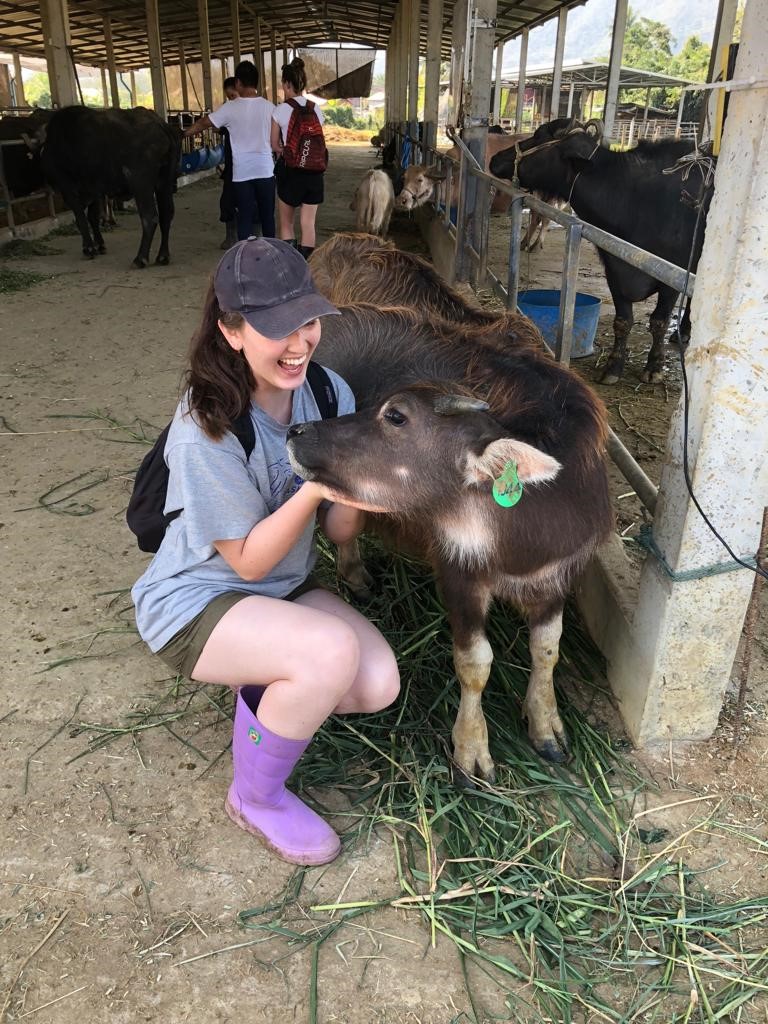 Reflecting back on my time in Laos earlier this year, I must say that a highlight was watching the engagement farmers had with the projects.

With no formal market information system, it is questionable as to whether Lao livestock farmers are aware of the plans the Government of Laos has for increasing exports to neighbouring countries in the first place.

A little bit inside me wants to believe that they have a burning desire to improve their own on-farm productivity because they know where they stand in terms of their national livestock productivity and how this is significantly less to the productivity in neighbouring countries – hence explaining why they were eager to help when we went to their farms to conduct research activities.

However, I cannot say I’m entirely sure that this reason explains their willingness to participate in the projects. 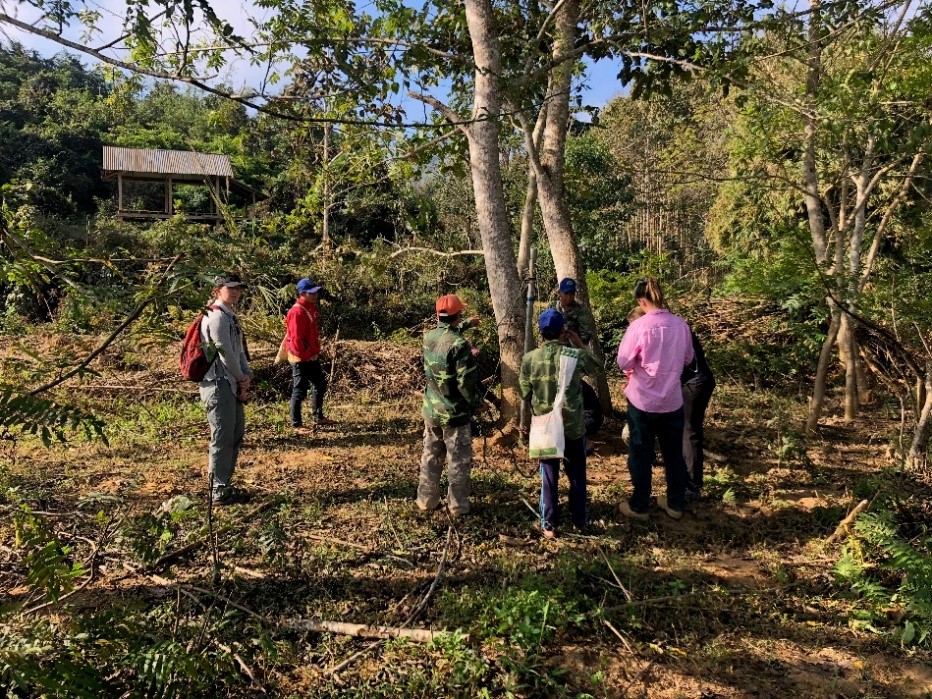 I know for a fact that by myself I definitely would not be able to contribute to the research around this issue, but I know I can be a tiny piece of an overwhelmingly large sized jigsaw puzzle. And with the continuous work of ACIAR funded research for development by the University of Sydney and DLF I absolutely believe that change will occur in Laos.

Smallholder farmers in Laos will eventually become better equipped with information on how to effectively trade and action best farming practices that increase production. Although intergovernmental deals and cross-border trade is well out of the control of smallholder livestock farmers in Laos, by arming them with the knowledge, and skills to interpret market information, we can definitely assist in lifting them out of poverty – it’s only a matter of time!

April McElligott is a passionate Food and Agribusiness Honours student at the University of Sydney. Her Honours research project is investigating expectations and realities of trade amongst smallholder farmers for cattle and buffalo in Lao PDR. She is excited about what the future holds for international agricultural development and is very keen to pursue a career in this field.