Almost 50% of all children in Laos are stunted. Yes, that’s right, you read correctly – 50%. That means nearly half of all children are failing to reach their full physical and mental potential due to poor nutrition in early life. Child stunting is an important indicator of food security, as defined by the UNFAO, and Laos unfortunately has some of the highest child stunting rates in the world. However, improved smallholder beef production has been identified as an avenue for alleviation of poverty and food insecurity in the regions, and that’s where I got involved. 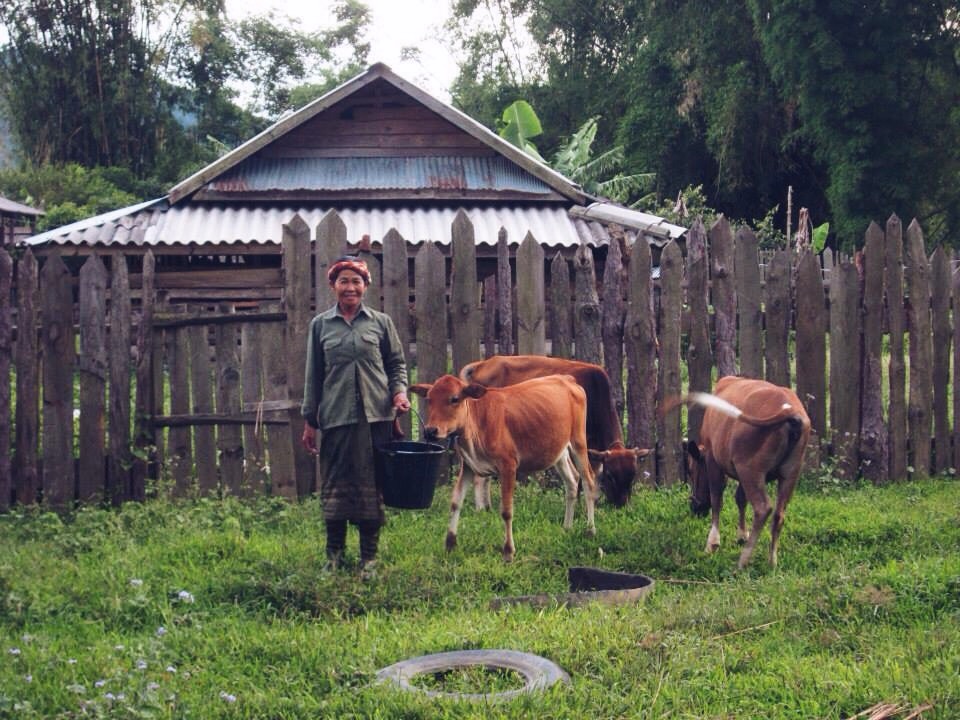 Photo: A local farmer feeds rice to her adult cattle.

In 2014 I took a year off from my full time veterinary degree to complete a research year in a ‘Veterinary related field’. My project, under the support and supervision of the University of Sydney Mekong Livestock Research team and the Lao Department of Livestock and Fisheries, focused on a study of bovine reproduction in the northern provinces of Luang Prabang and Xieng Khouang. The study utilised face-to-face surveys of knowledge, attitudes and practices (KAP) and reproductive efficiency parameters to provide quantifiable data on bovine reproductive management practices and outcomes. The survey design also specifically involved female farmers to provide gender-disaggregated data. 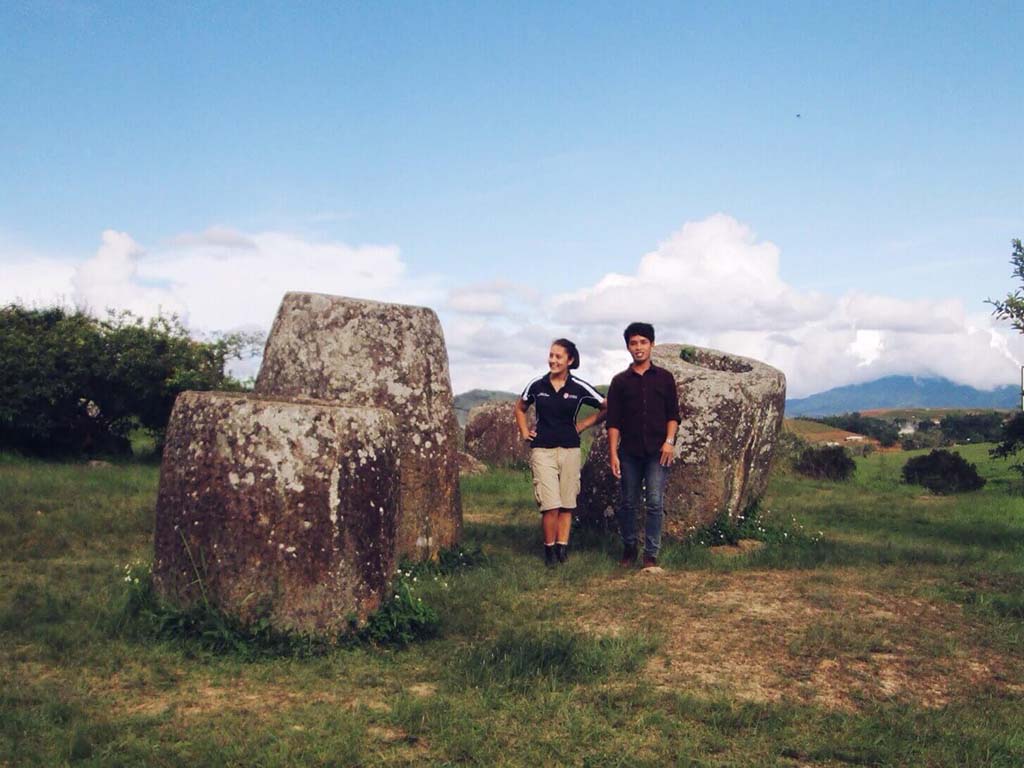 Photo: Nina a break between surveying farmers at the Plain of Jars in Xieng Khouang Province.

Laos has seen an upsurge in demand for its relatively cheap beef products in recent years, to the point where the price of beef has tripled despite government imposed price caps. The causes of this are a complex interrelation of a number of factors, however the price increase partially occurred (and is still occurring) as a sequelae to an increase in Vietnamese traders buying Lao cattle and illegally exporting them back into Vietnam. This places pressure on the local market to match the more competitive prices of the transboundary buyers. Throw some poor reproductive outcomes into the mix and we see the national herd shrinking as supply fails to meet local demand. Keep in mind the children are still failing to meet adequate protein delivery in early life because of a lack of good protein sources. 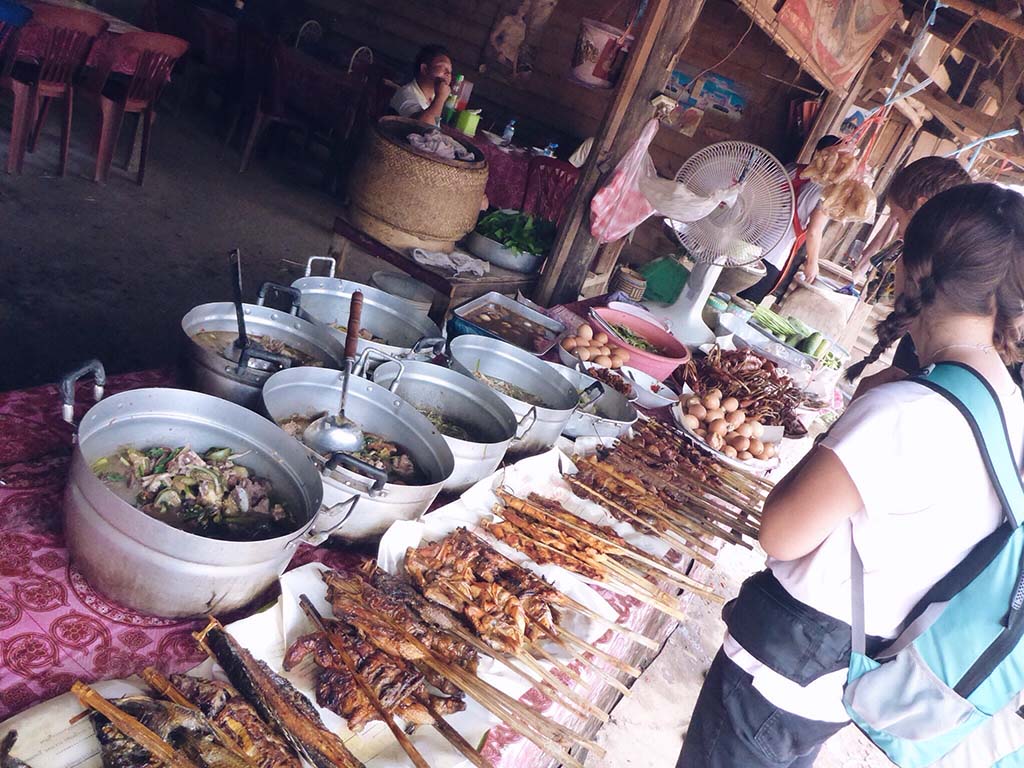 Photo: A wide variety of protein sources available at a vendor in Khammouane province.

On top of this, we saw lower test scores in the female respondents to the survey. The gender gap in Laos is decreasing as the country becomes more developed, however the bulk of farmers in our survey were of an age where the literacy ratio (% males who are literate:% females who are literate) is at 82:63. It seems obvious but a failure of education in women is a failure in assisting HALF of the population in meeting their full socioeconomic potential.

By increasing the reproductive efficiency of large ruminants in the northern upland regions, smallholder farmers can begin to engage in and reap benefits of the dramatic economic growth of the South-East Asian region. Laos is well placed geographically to supply beef to both its domestic and growing regional neighbours of Vietnam and China, and the low cost-low input nature of Lao beef production could be harnessed to make them a competitive supplier, improving sustainable supply of protein in the region assisting in the elimination of child stunting. 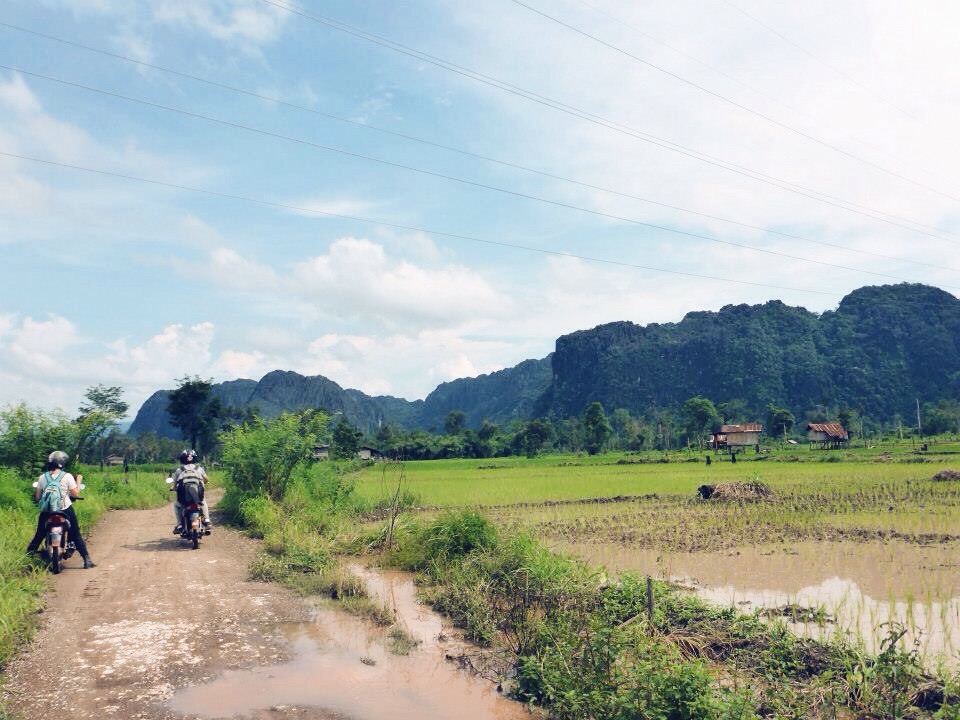 Photo: The author demonstrates that she can both ride a motor bike AND get her travelling companions hopelessly lost.