Tell us a little bit about yourself?

I’m a researcher/lecturer at James Cook Uni in Cairns, working on land and water-related things. I’ve been here for 12 years now and have to say that living in the tropics in Australia is as good as it gets.

I grew up in the suburbs of Adelaide and did an agricultural science degree (1982-86) at the Waite Institute, majoring in agronomy and soil science. Because soil is the basis of everything! The Waite was a marvellous place to study, with many distinguished scientists, a great bunch of students and a delightful setting. It still strikes me decades later that an agricultural science degree was a superb preparation for all sorts of things, because of the combination of theory and practice and the breadth and depth of subjects we covered.

After working and travelling for a few years I came back to the Waite and did a PhD in soil science (1993-96). I then moved to Queensland, to a job improving diagnosis and management of sodic soils in the sugar industry. After a few years with CSIRO I took a job leading the agronomy research program of the Papua New Guinean oil palm industry. From there I moved down to Cairns, where I gained a lovely partner, two wonderful kids – and by some cruel twist of fate, an allergy to mangoes.

How did you get involved in international agricultural R4D?

I came across a small advertisement in The Australian for a job in PNG in 1999. I’d always been interested in development, and this opportunity came at a stage in my life when I felt I had something to offer and I was up for the challenge. The job ended up being the most captivating, frustrating and rewarding work experience I’ve ever had; never a dull moment. Apart from supervising staff, vehicles, database, computer system etc, I developed and conducted research projects funded by the Australian Centre for International Agricultural Research (ACIAR), AusAID and the European Union. Since coming back to Australia in 2004 I’ve continued to work in agricultural R4D projects, mostly in PNG and Indonesia. 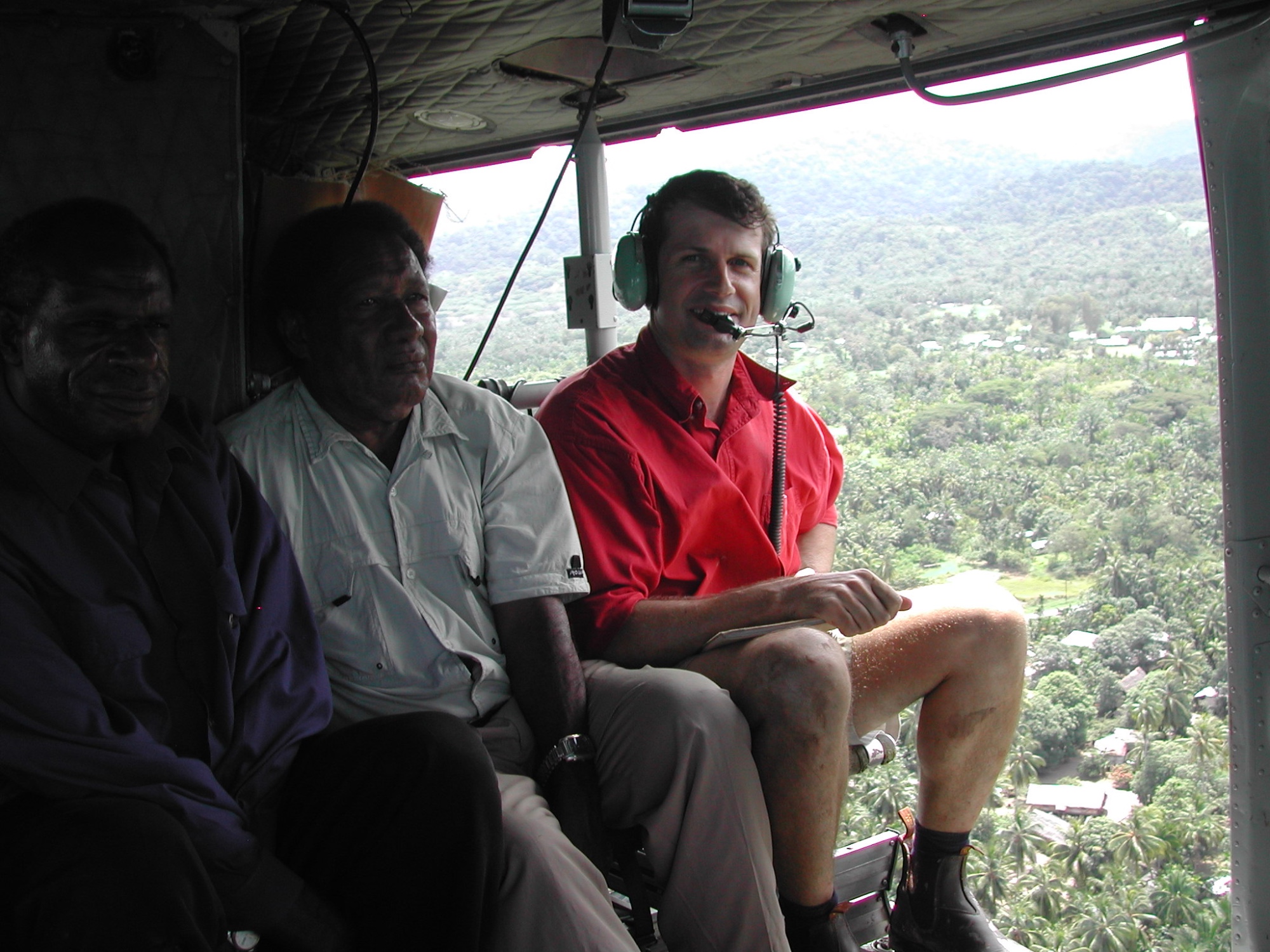 An army helicopter and pilot in Sepik Province of PNG is the best soil survey vehicle I’ve ever used!

What is the most challenging aspect of your work?

One challenge is not being in the place where the research is being done. Being a fly-in fly-out scientist is far from ideal. It’s always best to live in the place where you’re doing research. And now that I have a family I don’t want to be away from home for long periods – something I could never imagine when younger!

Another challenge is trying to stick to the main tasks and not get overwhelmed by the rising tide of administrivia. Australians used to be world-renown for their self-sufficiency and ability to get things done with no fuss. But within the last 20 years we’ve somehow let ourselves become the most over-regulated risk-averse country on Earth. Which reminds me of a saying I heard years ago comparing Sweden to Africa, but which applies equally well to Australian and PNG; “In Sweden everything is easy but you can’t do anything. In Africa everything is difficult but you can do anything”. There are plenty of challenges working in developing countries, but it’s fun tackling them.

What is the most rewarding aspect of your work?

The most enjoyable and rewarding aspect of the work is the continual learning. And the friends I’ve made. I feel immensely privileged to be able to work so closely with people of completely different backgrounds and cultures. There are so many intelligent, industrious and passionate people involved in this field that the work is always fascinating and inspiring.

Learning about different cultures is rewarding, but learning about different physical environments is too! Studying soil science in Australia had drummed into me a mindset of seriously old landscapes, fragile, hardsetting, saline, acidic soils, drought, erosion, rapid degradation, slow recovery and so on. When I went to PNG and Indonesia, I found recent volcanic ash soils that are forming as you watch, that you can dig up with your fingers, and that have a perfect balance of nutrient elements. There are deep clays that drain quicker than you can pour water on; whole landscapes that appeared in one volcanic eruption; mountains being pushed out of the sea, and it blew my mind. Not to mention the profusion of life!

Dealing with big problems and seeing big changes in practices is also extremely rewarding. There are great opportunities to do basic, good research once you step outside the rich countries. 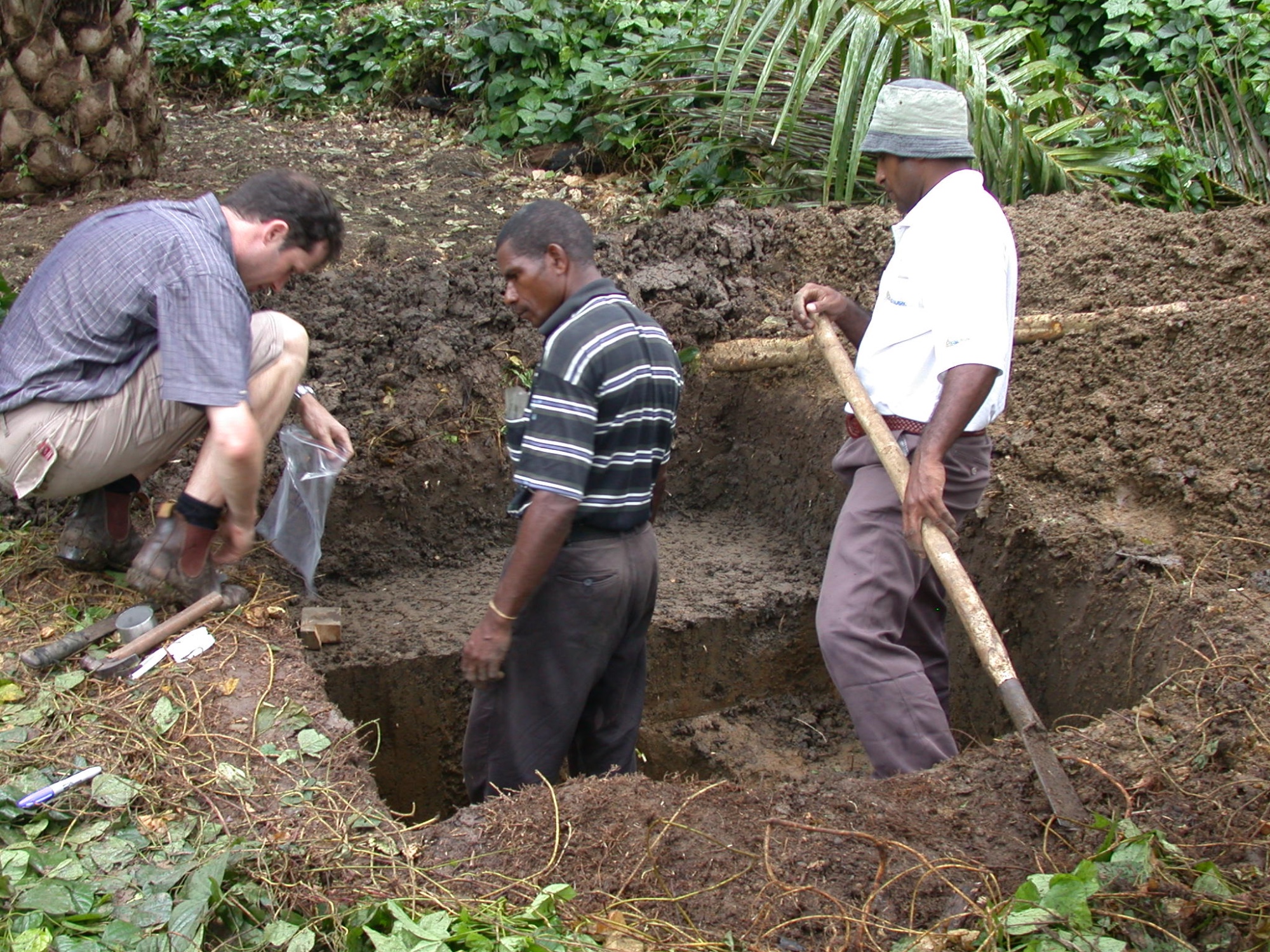 Who’d have guessed that land crabs can have a major effect on soil hydrology?! With assistant agronomist Wawada Kanama and lecturer Felix Gitai in Milne Bay Province, PNG.

Those two things are not necessarily very compatible, but such is life. Whatever you’re doing now, do it really well, even if it doesn’t seem very interesting. Follow your nose and your heart to the next thing and embrace random opportunities. And finally, be patient- good things will come. 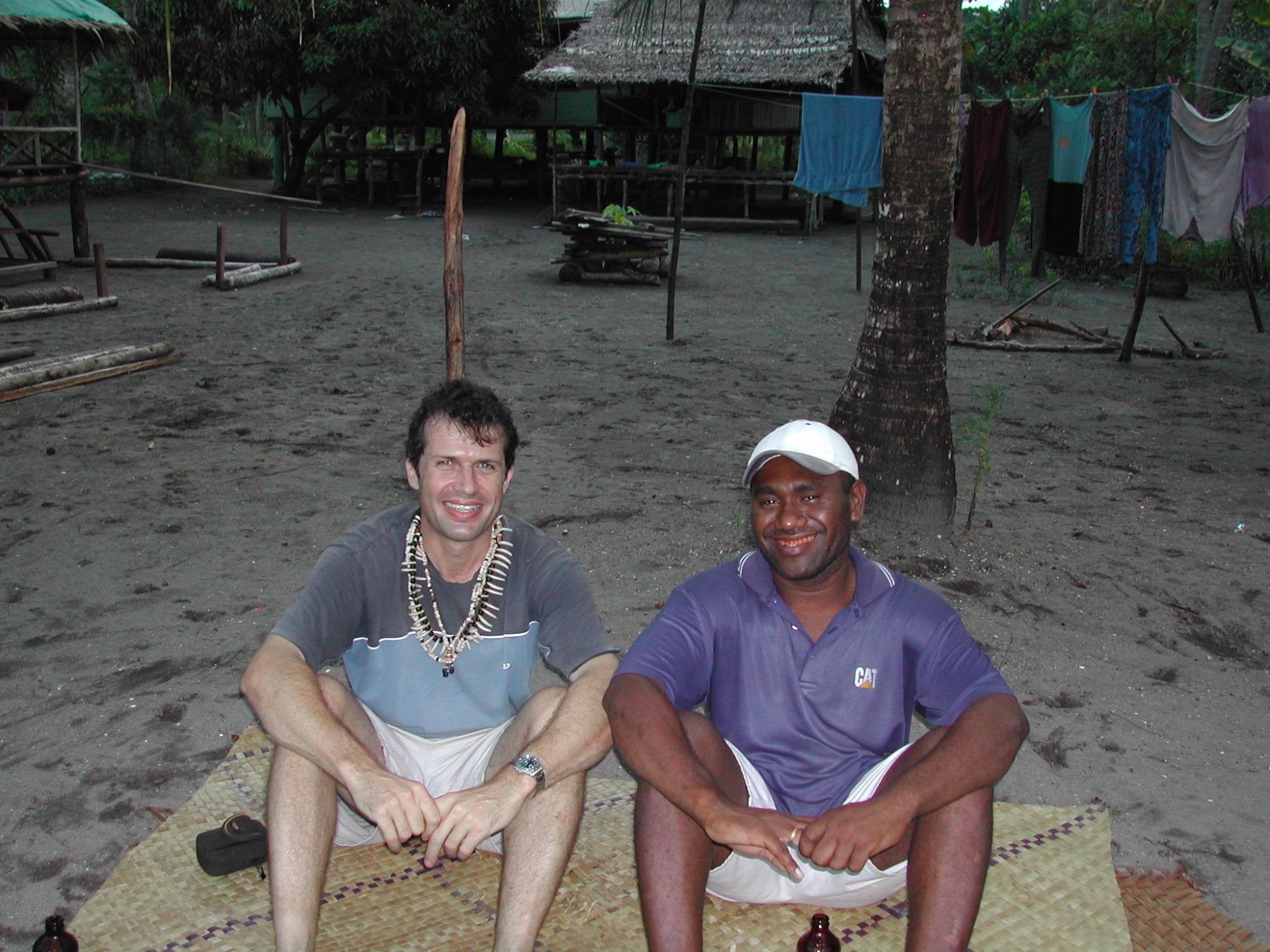 To read more about Paul’s work go to: