You are here: RAID > Blogs > Investigating cattle reproduction in Cambodia

I recently had the eye-opening experience of spending 3 weeks in Cambodia as part of the ACIAR funded project ‘Village-based biosecurity for livestock disease risk management in Cambodia’. The experience not only provided me with the opportunity to travel to 4 rural villages in the Takeo Province to observe traditional farming systems but also to work closely with Cambodian Department of Animal Health and Production (DAHP) staff. This allowed me to gain a firsthand appreciation for challenges involved in Knowledge, Attitude and Practice (KAP) survey studies and research as a whole in developing countries. 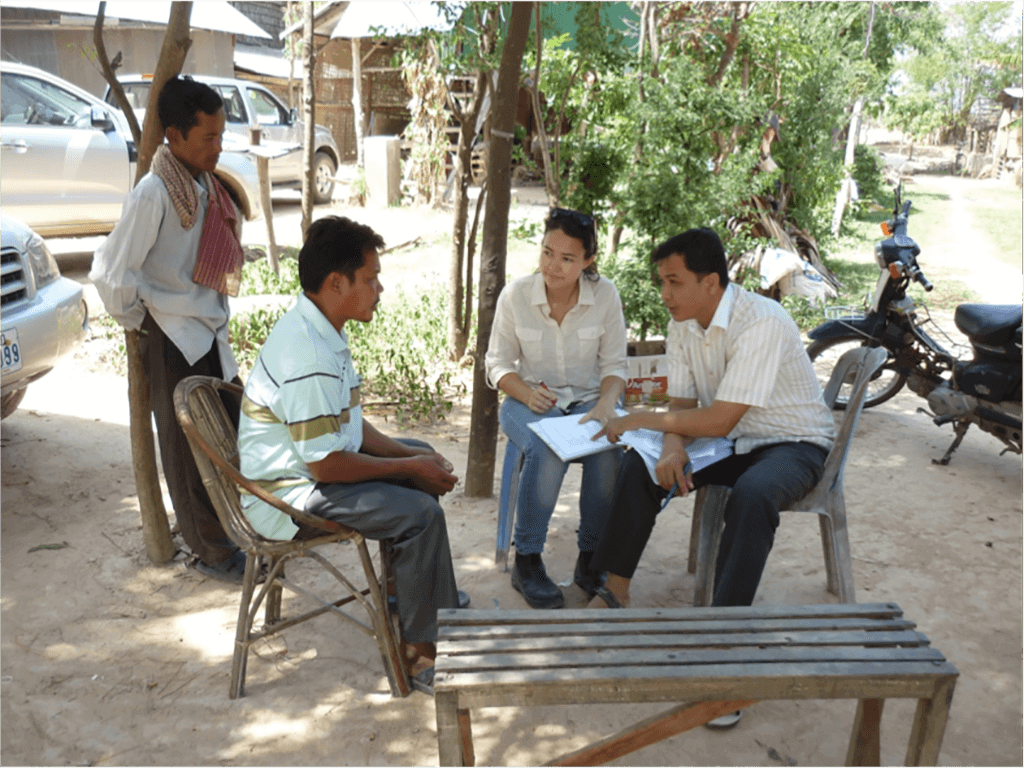 My aim was to investigate the constraints and challenges of cattle reproduction in smallholder farming systems. This is currently a major limitation to production efficiency and is inhibiting growth of the Cambodian cattle population. In turn, this is limiting supply of red meat to the growing market in South-East Asia, which is a valuable opportunity for Cambodian smallholder farmers to increase their household incomes.

Our first week was spent in the lively city of Phnom Penh, along the bustling yet peaceful Riverside, a centre for traditional and international food with a bright social scene. We quickly became accustomed to an early start and breakfast consisting of rice and pork and an ice coffee before heading into the DAHP offices located 30 minutes from the Riverside by tuk tuk. The first week was filled with organising, planning and training staff for the imminent KAP survey to be carried out the following week. Under the direction of DAHP Deputy Director, Dr Sothoeun, we were given the opportunity contribute our ideas toward finalising the KAP survey and join the DAHP staff on their excursion to the provinces of Takeo, Kampong Cham and Tbong Khmum. 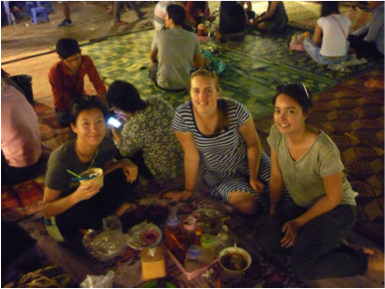 I was assigned to attend the Takeo trip with project members Mr Sapari and Mr Bun Chan. The journey to Takeo was only an hour and a half by car and the city centre was relatively modern with many similarities to Phnom Penh. The villages were located within an hour of the city centre and upon arrival we were greeted by range of 15 to 30 farmers, usually at the home of the Village Chief where often they had set up tables and chairs to facilitate the individual surveys.

I investigated cattle reproduction during the farm visits by observing smallholder farming systems in rural Cambodian villages, assisting and observing the conducting of KAP surveys and developed and conducted my own case studies consisting of a few closed questions regarding animal reproduction. These questions were repeated by two other students to provide a wider scope of information across the 3 provinces. 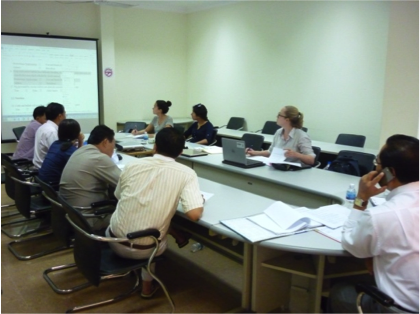 A major theme across Takeo was the 2 month delay in wet season rain rendering the fields barren and soil preparation for rice production impossible. Some farmers were overcoming feed and water shortages by purchasing grass, vegetables and water however they stated that continued drought would force them to cease animal production. In these circumstances it was easy to visualise the benefits of forage growing and fodder conservation in minimising poor season side effects on farm productivity.

Another theme observed across Takeo was the poor body condition – in particular – of lactating cows supporting older calves. This indicated inadequate nutrition to sustain the additional energy demands of lactation as the dams were ‘milking off their back’. This has negative implications on calving intervals with post calving cows taking longer to return to an appropriate weight for oestrus cycling and pregnancy. 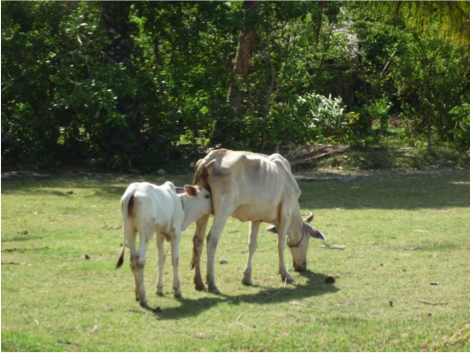 DAHP staff are currently translating and entering results into excel spreadsheets for subsequent statistical analysis by myself and other staff and students. My aim will be to determine a baseline level of knowledge, attitude and practices across the provinces and determine areas with the most significant effect on the number of calves born in the last 12 months in villages. This will help identify knowledge, attitude and practice constraints and aid in the design of future interventions.