You are here: RAID > Blogs > Exploring forage options with farmers in southern Laos

In the centre of a dense patch of dry dead weeds, a single tussock of vibrant green grass stands tall under the merciless Laotian sun. None of us could say for sure how this solitary Panicum maximum (Guinea grass) plant found its way into a secluded area of Mr Deang’s farm, but its survival where other species had withered and died was clear demonstration of how perennial forage grasses could benefit farmers in the dry season. This is what Mr Deang has led us to see, and it is why he is interested in joining our project as a participating farmer. 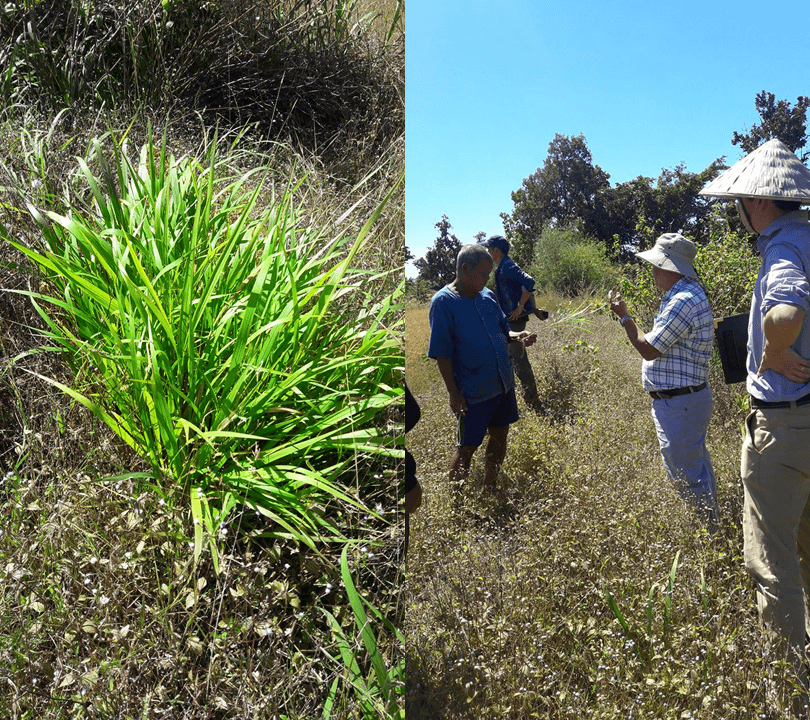 Photo: This solitary stand of Panicum maximum (left) has captured the interest of Mr Deang, a local farmer, who discusses it with researchers Viengsavanh Phimphachanhvongsod from the Lao National Agriculture and Forestry Research Institute and Joshua Philp from The University of Adelaide (Right)

Cultivating and managing perennial forages like Panicum maximum to intensify animal production has already delivered numerous benefits for smallholders in countries such as Thailand, Vietnam, The Philippines and Indonesia. These include a larger, higher quality and more stable feed supply for livestock throughout the year, which quickly translates into profits from improved animal performance. Furthermore, there are ecological benefits including carbon sequestration and erosion control.

Farmers currently practicing low-input, low-productivity subsistence rice production on sandy, infertile soils in southern Laos also have the potential to benefit greatly from adopting forages, but endemic poverty and climate variability leaves them especially sensitive to risks. Even though many farmers are already aware of the potential benefits of growing forages, they may lack the capital, labour and access to planting material to risk starting with forages by themselves. ACIAR’s Forage Options project in Southern Laos and Cambodia (SMCN.2012.075) has provided a mutually beneficial opportunity to farmers, by assuming some the risk in exchange for the use of some of the new forage area for research that can benefit the wider community. 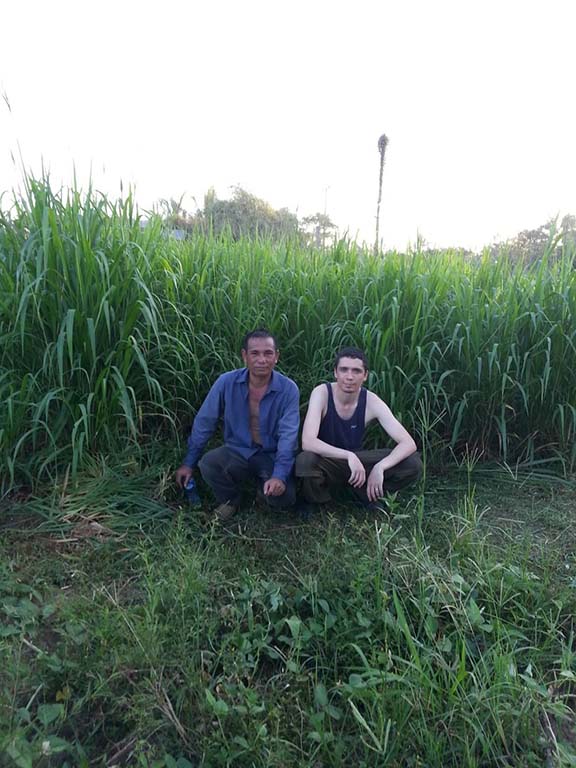 Photo: Syton Kongvongxay from the Livestock Research Centre and Joshua Philp from the University of Adelaide, part way through the harvest of a trial plot ofPanicum maximum.

In June 2017, farmers like Mr Deang in Salavan and Champasak provinces of southern Laos were offered an opportunity to trial forages on their land. The ACIAR funded-program was organised by The University of Adelaide and the Lao Ministry of Agriculture’s National Agriculture and Forestry Research Institute, which provided training to district staff and farmers on the establishment and management of a range of improved forage varieties. Farmers who wished to participate were provided with enough seeds to cultivate as much land as they were willing to prepare for the trial with a variety of improved forages. Project staff also provide labour and expertise for establishing their new crops. An area of the new forage land was marked out for management and monitoring by researchers, providing both valuable data for researchers and a demonstration of how correct fertiliser use and organic amendments can affect performance for farmers. The individual farmers were free to manage and innovate with the remaining area of forages as they wished.

It’s worthwhile to give farmers freedom to innovate when introducing them to a new resource. Smallholder farming systems are incredibly diverse, yet on-farm experiments require us to make things as uniform as possible to test our hypotheses. When attempting to control external factors, there is a very real risk of diminishing the relevance of the experiment to the participant. Providing farmers with space to apply indigenous knowledge according to their own circumstances has allowed us to avoid this without compromising on our experimental goals.

Farmers are often natural experimenters as well. Without additional input from researchers, several farmers began looking for new ways to maximise their new resource. Mr Deang began experimenting with different fertilisers and cutting intensities for his new varieties in search of the balance that suited his household. Mr Samlane, another participating farmer from a nearby village used transplanting methods similar to rice-growing to expand his forage field to an extent that we did not anticipate so quickly after adoption. In addition to our data, we are gaining valuable experiences from farmers that can be used to solve long standing problems and inspire new research. In this manner, our research partnerships with farmers will ensure that we have learned how forages can best be integrated into existing farms in southern Laos, to produce more diversified, resilient, sustainable and profitable systems, capable of capturing the opportunities for the future. 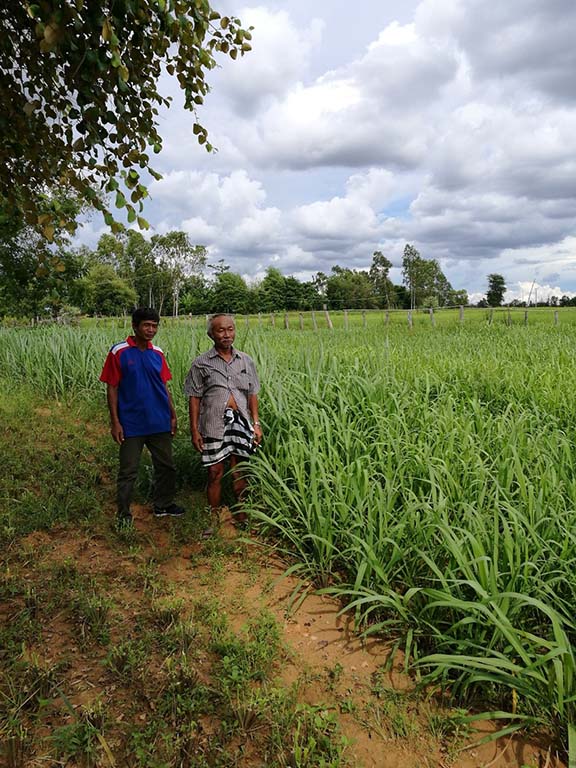