You are here: RAID > Blogs > Episode 1: 10 minutes with… Bruce Pengelly

RAID has a new blog series titled: “10 minutes with…” where experienced researchers are interviewed to provide some career insight and tips on working in International Agricultural Research. Here, Di Mayberry presents the first Episode of the series interviewing Bruce Pengelly:

These days I am a CSIRO Fellow, the Coordinator of the Queensland Committee of the Crawford Fund, and I also do some consulting. An interesting mix and one that keeps me far busier than I had originally planned when I retired, but all of those roles are interesting – even fascinating full time retirement will have to wait just a bit longer.

I started out working in tropical legume diversity in CSIRO Townsville in the 1960s and stayed with that theme ever since although areas of research has broadened from forage genetic resources and diversity to adaptation and utilization.  More recently most of my international work has been through managing projects and programs rather than “doing”.

How did you get involved in international agricultural research?

After 10+ years at CSIRO Townsville I moved to CSIRO Samford Research Station outside Brisbane in 1982 to run a new ADAB (later AusAID) project. The project was to distribute the best adapted tropical grasses and legumes to forage researchers in the developing world. My job was to select what I thought would be the best forages to grow in various places around the world in different farming systems. I never travelled anywhere! ADAB did an outstanding job of advertising this project so we were swamped with requests and we sent out thousands of samples to Africa, Asia and the Pacific. I’m not sure if the project had a great deal of success but we had a few winners and I certainly learnt a lot. It was over 10 years later that I eventually became seriously involved in international research again and that was through an ACIAR project in Zimbabwe and South Africa which began in 1998. That project had its origins in discussions around a campfire with some very special South African researchers in northwest South Africa in about 1995.

What countries have you worked in?

Lots. I’ve been directly involved in projects in South Africa, Zimbabwe, Tanzania, Zambia and Indonesia, and I’ve been plant collecting in Papua New Guinea, Argentina and South Africa. But the list is a lot longer if you widen the definition of work to countries visited for workshops, board meetings, and project reviews especially those associated with the African Food Security Initiative since 2009. Some of the most fascinating in recent years were some quite short visits to countries such as Chad and Cameroon. 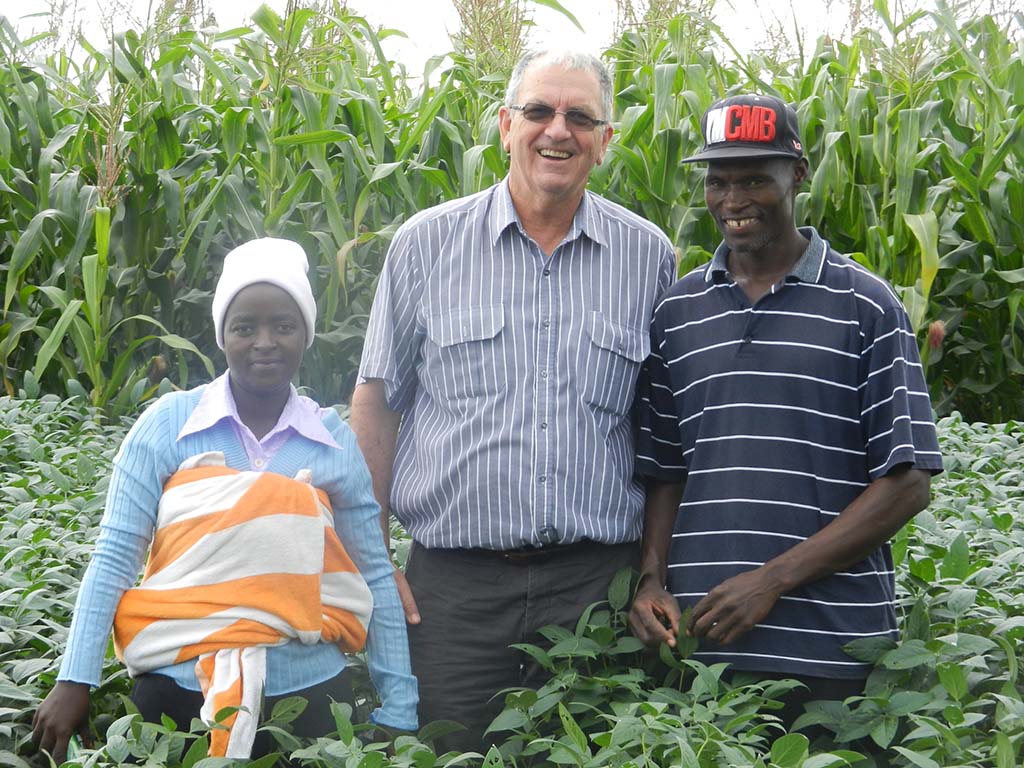 What is your favourite thing about working in international agriculture?

It’s hard to pick a favourite but observing different systems and their complexity is one. But mostly it’s about people. You certainly get to meet great people from partner organisation in other countries. Great in terms of their personality, their dedication and their knowledge. And you get to meet, usually only briefly, farmers and their families and get to see something of their lives. You also get to know Australian colleagues you are travelling with far better than you ever would 8-5 at home. It’s also just being in another culture for extended periods – That’s is not great everywhere as we know that being locked into a big city is hardly ever a lot of fun, but mostly we aren’t in big cities and that cultural exposure is usually pretty special.

What has been your biggest achievement?

I think the development of SoFT (Selection of Forages for the Tropics) is up there. It was a difficult project to get funding for and more difficult to pull together. In all about 70 scientists from around the world and from 6 continents contributed over 3-4 years of hard work. Despite the difficulties it was fun, again with great people. SoFT is now being used around the world more than ever and probably becoming more valuable as time goes on. Some of the many contributors from 2000-2005 have passed away and many of the remaining are well past retirement age. Lots of the knowledge that is included in SoFT would be very difficult to pull together again now, and impossible in a decade. There are moves to update SoFT if we can find a donor. 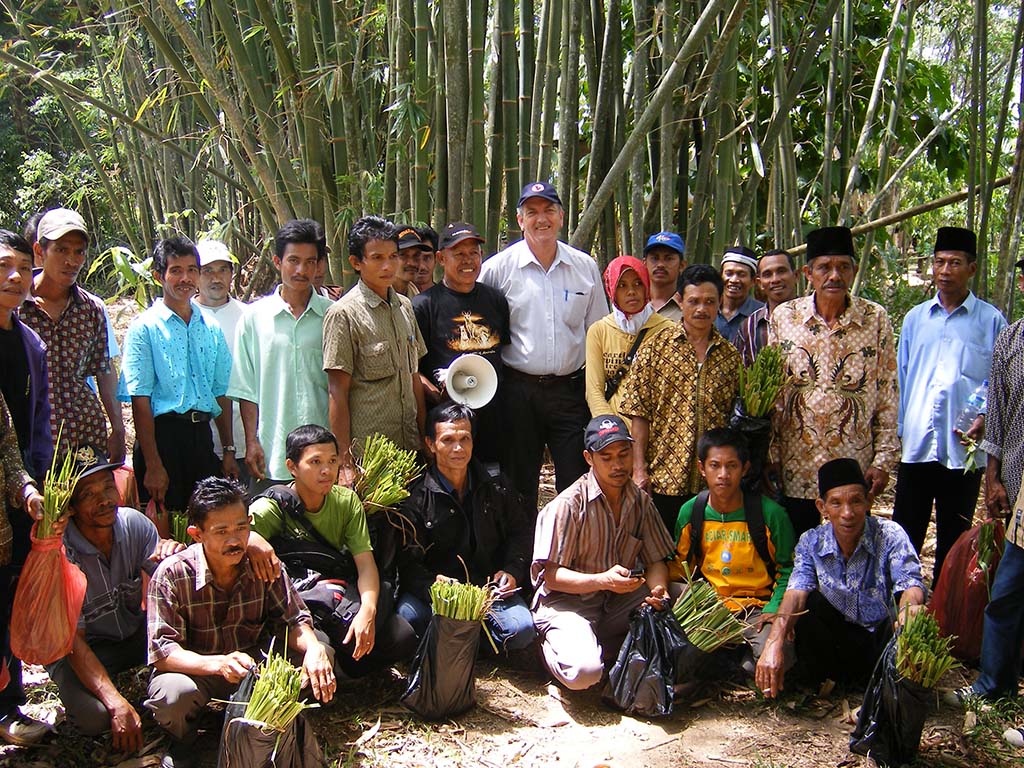 What are some of the challenges you’ve faced?

At one scale the biggest challenges are associated with in changes in the policies and priorities of governments and agencies. I’ve had too many experiences where good projects have had to halt or change for security or policy reasons and we have no control over those drivers. A second area is how projects evolve. It seems to me that the first years of a project are often spent sorting out the networks, the influences, and the best people to work with. Of course that means that an initial project in a “new” region will under-deliver in its first term. The real advances are probably made in a second and subsequent phases. At project scale there is the frequent challenge of getting timely responses from partners, and lastly is the one-trick-pony syndrome where a scientist, has an idea or a tool or something that HAS TO BE in a project even if it’s the last thing needed. You can get that singular focus from reviewers too. It can drive you nuts!

What advice can you give RAID’ers interested in a career in international agriculture?

Do it. Getting started is one of the biggest challenges. If you are lucky enough to be included in an International Agriculture Research (IAR) project through your university or similar, then fantastic. But if not there are other avenues. There are some great stories of Australian volunteers gaining experience which gives them entry to IAR opportunities and RAID knows more about that than me. There are similar examples from Crawford Fund awardees who get that key introduction and there career opens up. Once you have your foot in the door then you need to value the opportunities, respect the colleagues you work with and their culture, and have fun, even though the fun bit is always wrapped up in hard work. Lastly, keep an eye on your publications. Your longer-term career will depend on them, so don’t ignore this aspect. It can be challenging as getting good data and publishing from IAR can be difficult for all sorts of reasons. We all have stories of the elephant, the goats or the neighbours eating the trial!

What is the best or weirdest thing you’ve eaten in a developing country?

The best is probably Senegalese fish in its various forms. If you are lucky enough to be taken to the best fish restaurants (not the most expensive but those that do the best fish) it’s superb. That is closely followed by Indonesian. I’m sure I have eaten some weird things that I don’t know about, but one memorable meal that was a little different was in Cameroon where AFSI had (has) a project on improving cavies (guinea pig) genetics, feed and marketing. There were about 20 of us on an all day visit to farms and lunch was, as you would expect, cavies! Grilled and with amaranth and cassava from memory. Different but pretty good.