You are here: RAID > Blogs > 10 minutes with Ann-Maree Nobelius 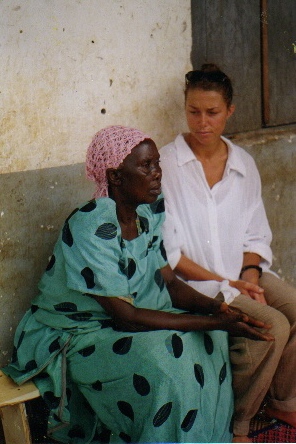 Dr Ann-Maree Nobelius has a background and PhD in public health with over a decade of experience in institutional change management which included managing and implementing gender and diversity mainstreaming at Monash University in Melbourne. One of the outcomes of this was the inclusion of gender competence in the medical curriculum. Ann-Maree has been the director of Gender and Diversity Consulting International since 2010 working to integrate gender and diversity into international research and development work with many organisations and institutions. For the last several months Ann-Maree has been engaged as a consultant to the Australian Centre for International Agricultural Research to assist prospective project teams to meaningfully integrate gender sensitivity into their project proposals in agricultural and rural settings. Ann-Maree offers us some insight into gender in research for development from an interview conducted by RAID Committee member Miriam McCormack earlier this year.

HOW DID YOU GET INTO THE INTERNATIONAL RESEARCH SPACE?

My virgoan tendency for natural justice prompted me. I was working in public health in the HIV space, a lot of literature was being generated in Africa and in the US. In the US it was generated about and by gay men. There was a lot of hate speech in that era but the language was shifting during that time to more respectful terminology. In the African literature, the tone was very colonial and victim blaming. Saying that the HIV positive people were engaging in perverse sexual practices, that their poverty was the reason for contracting the disease. But the truth was many people affected were unable to access the services and institutions that would help them. So I wrote an abstract for an African AIDS conference basically pointing that out, needless to say I wasn’t invited to speak at the conference, but the abstract was published in the South African AIDS Exchange. After that I started working with the most precise epidemiological study I could find-Medical Research Council of UK and AIDS program in Uganda. I worked on the qualitative work on this project and loved the international research. I knew I wanted to keep working internationally forever.

I spent 13 months in a village in the middle of nowhere in Africa doing a PhD and managed to contract every possible environmental disease. I got malaria and then my immune system packed it in. But I took the time to give a proper voice to young people in that community, 25% of the 13-19year olds I was working with were already HIV positive. The community there was looking to this study to help inform their next actions, this was serious for them. Listening is still one of the most important parts of my work, and certainly imperative to gender sensitive research.

WHAT DO YOU THINK IS THE MOST COMMON MISCONCEPTION WHEN IT COMES TO GENDER WORK/RESEARCH?

That it’s only women. That women have gender and men don’t. This is the fault of a lot of international processes (including the UN) that have focused so much on women.

I’m a big ‘F’ Feminist and a big ‘G’ Gender person. I’m focused on how the different gender roles allocated to women and men and people of diverse gender expression are influencing the way that they operate within the community. When it comes to economics and employment of course the balance is tipped in men’s favour, but it has to be about balance. How we achieve balance like a set of scales is not through pulling women up at the expense of men, but by pulling the scales up from the middle so that we all benefit. Women will have further to lift than men, but men need to come up as well. Gender equity must be a win-win scenario. This will create the buy in necessary to achieve better outcomes for everyone. If men are going to lose from any strategy why would they engage in it?

I was involved in mainstreaming gender into a medical institution through an evidence based approach, rather than a rights based approach. This has been the most effective approach in terms of uptake, change and time taken.

People understand what gender really means once you show them something that represents their experience. Everyone has a trigger point where this abstract concept makes sense and once you find that everyone can see their gender and the implications of it. An example of this was when I was teaching a class on gender in medicine and there was one man in the room and I asked him if he understood what we were talking about. He said yeah, yeah but I think this is more for the girls. So I asked him if he had done his gynecological rotation yet and he said he had. I asked him how many births he had attended and how many pelvic examinations he had performed and he said zero. Then I asked him why and he told a story of when he was waiting outside the birthing suite waiting to be invited in. He heard the midwife saying there was a male medical student outside and wouldn’t the patient prefer a female midwifery student in the room. I explained the discrimination that this student faced was similar to what women experience in the surgical sphere. He understood then that sex and gender discrimination are very real and apply to everyone.

WHEN YOU’RE WORKING WITH PEOPLE WHO HAVE NEVER CONSIDERED GENDER IN THEIR RESEARCH BEFORE, WHERE DO YOU GET THEM TO START?

When I work with research teams I start by getting the team to talk about where they think would be a good place to start. This helps me gauge their level of understanding. Researchers come from many different backgrounds and levels of knowledge in this discipline. The issues of gender within a community should really only be engaged with in a development context from an anthropological perspective. Gender studies and feminism add a lot to this, but need to launch from an anthropology base.

When you engage with a community the first thing to do is listen, listen to the worries and concerns of the people you are engaging with. Lots of people are scared to talk about gender, because they feel that if they use the wrong language others are going to think they are stupid or sexist. The reality is it’s a shifting field and the language is changing all the time. For example the LGBTQI (lesbian gay bisexual transgender queer intersex) acronym has taken on a new form as SOGIE (sexual orientation, gender identity and expression).

Listening to and understanding people’s perspectives is key; if you assume you know what’s going to happen you will probably be wrong. Assumption is the death of progress. It’s important to always ask, even if you think you know the answer. The next step to fill in the gaps, make sure people see what they might have to understand to meaningfully work in this space. I always translate this into the language of the discipline of the researchers I am working with. If we’re not speaking the same language, we’re not communicating.

WHAT ADVICE WOULD YOU GIVE TO SOMEONE INTERESTED IN WORKING IN THIS SPACE INTERNATIONALLY?

Go to the traveler’s medical clinic first! Get good advice about how to look after yourself.

Take care of yourself; physically, but also mentally and emotionally. No one really prepares junior researchers for working cross culturally and if you are sensitive and observant it can be really traumatic. There’s a legacy and impact to everything you do and it’s not just on the community you work in, it’s on yourself too.

Look for advice, seek out researchers and mentors that have gone before you. Make sure you get a good mentor or somebody senior who’s willing to help you get ahead.

WHAT DO YOU THINK WILL BE THE NEW FRONTIERS IN GENDER RESEARCH IN THE NEXT 5-10 YEARS?

For development we need to embrace the complexity of gender and collaborate with the anthropological. Better collaboration between the research and development spheres will take us a long way.

Maintaining the integrity of your objectives going forward is key. We should be exploring what the broader outcomes of a transformative approach to gender are and generating strong evidence for whether transformative gender approaches do or don’t work to bring change at a community level.

Gender needs to embrace its social variability and move into the inclusive space more- move beyond the focus on men and women to SOGIE and other areas. That’s where I hope it’s moving, that’s where I’m moving it.

ANY MORE PEARLS OF WISDOM?

Think about your gender and the influence it has on your work.

If I were a young researcher I would be picking up anthropology even as a minor course, because understanding the way culture works is really fundamental to being able to impact change.