You are here: RAID > Blogs > Welcome to the Jungle – The first three months of life in the Australian Volunteers Program in Laos

This is where I now live – Savannakhet, Lao PDR. There are around 100,000 people in the city. There are three other Australian volunteers here, and 10-15 volunteers from elsewhere as well as a few other westerners who work in town. There are very few tourists and very little english is spoken.

I’m on a volunteers program (Australian Volunteers Program) run by the Australian government that supports regional development and capacity building, mostly throughout Asia and the Pacific. My project lasts for 12 months and partners with the Crawford Fund who are an Australian agricultural development NGO. The aim of my project is to teach basic lab and plant pathology skills to the staff of my host organisation, PAFO, which is the Laos equivalent of a state agriculture department. PAFO staff have limited training and resources, yet they are the only source of advice and help to smallholder farmers in Laos. 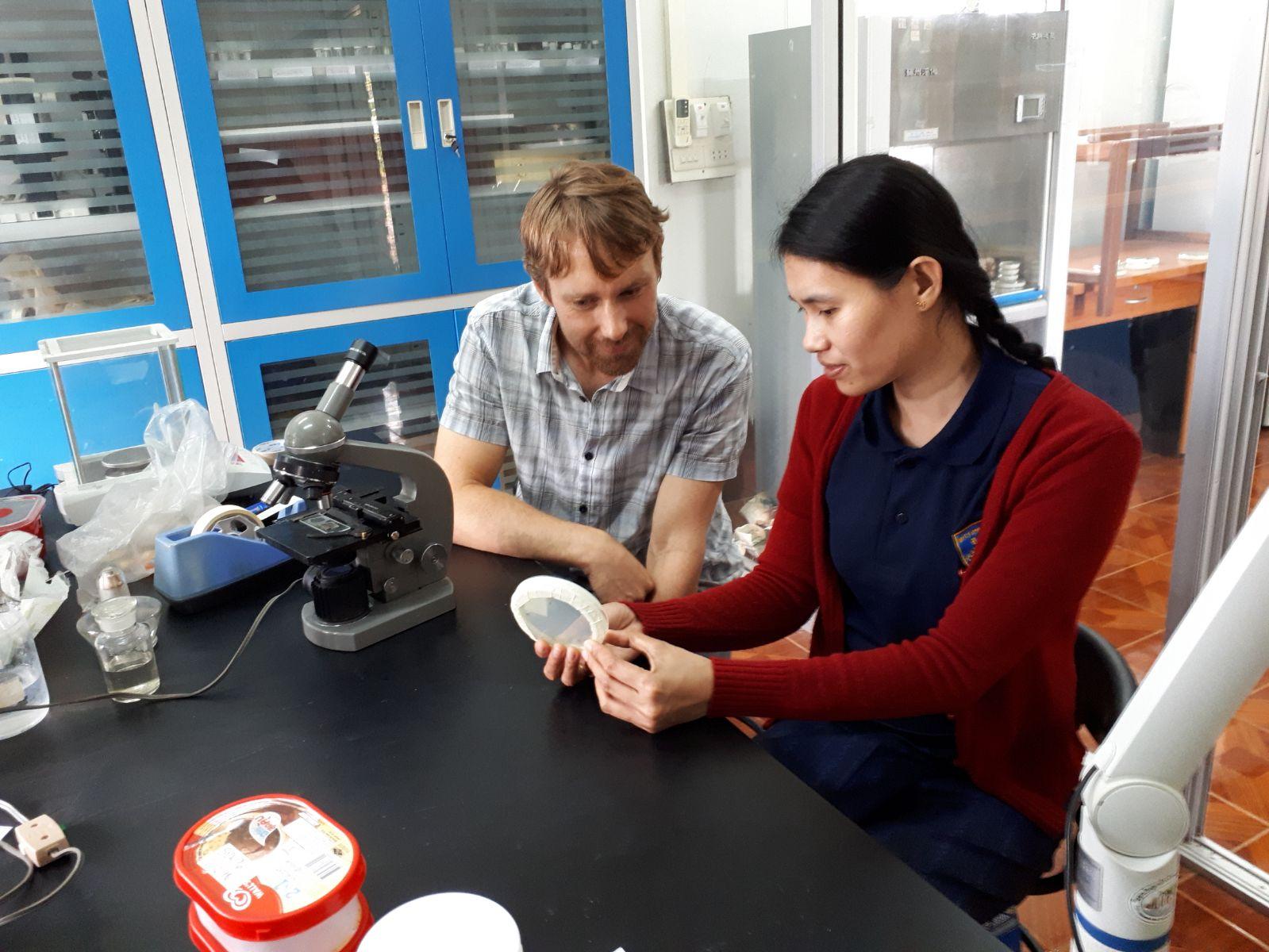 Seng and I in the lab

When I arrived in October 2017 I spent a few days getting to know people and the area with the AVI in-country program officer – Alie. I looked for a house, a motorbike, and started taking language lessons. 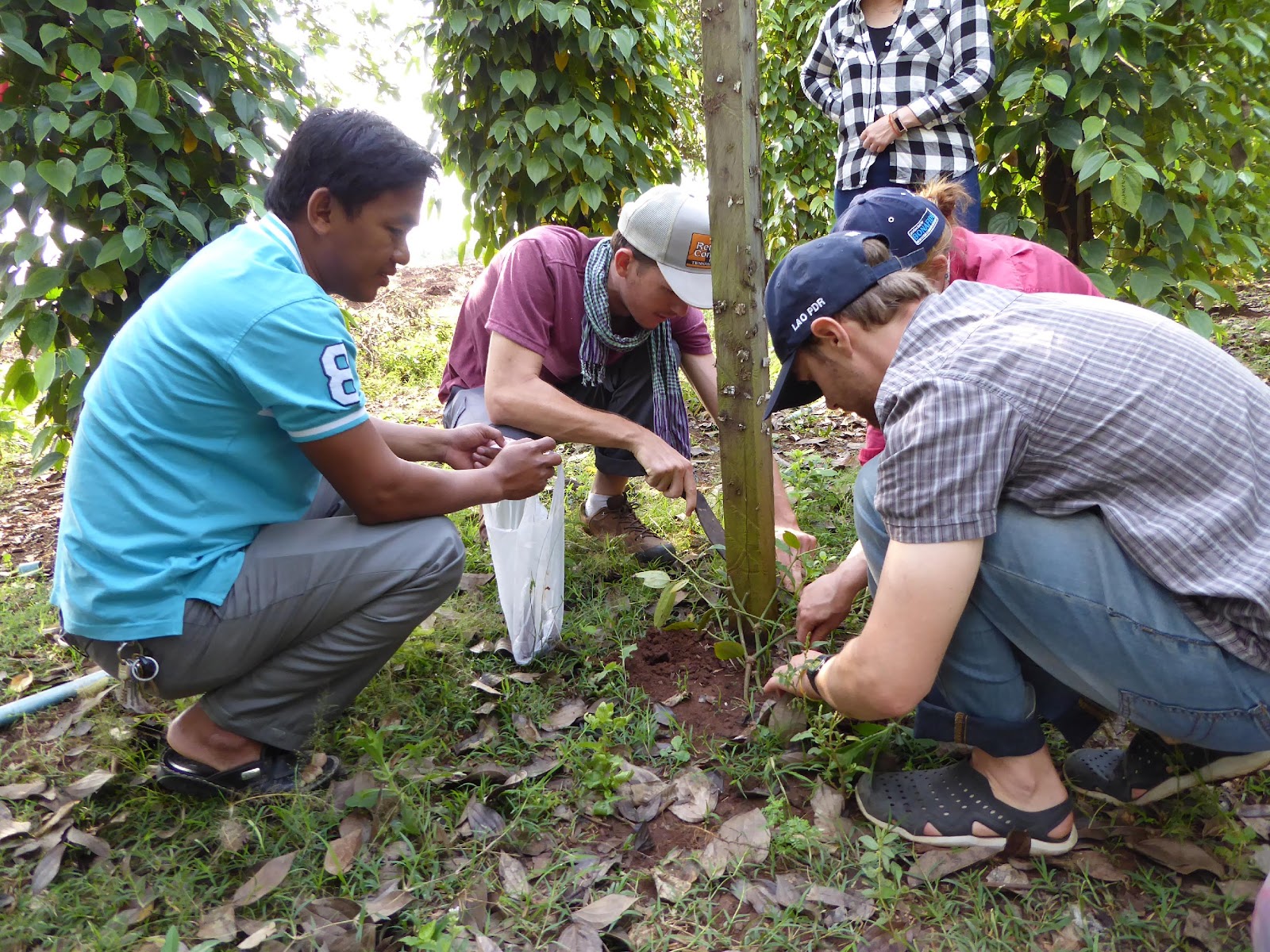 Collecting soil around the base of a diseased black pepper plant

Then Crawford Funds’s Lester Burgess arrived and lived up to his reputation. He’s 77 years old and has been working in plant pathology in south east Asia for 15 or 20 years. He is a wealth of knowledge, energy and enthusiasm. Five other australians also came out to help organise two farmer workshops at Thasano rice research centre. Each workshop was three days long with 15 – 20 farmers covering pests, diseases and chemical safety. It was a hit, and I got a baby goat named after me when I saw it’s birth in a rice field. Our success was celebrated by dancing to a mix of classic Lao songs, modern Thai songs and some 90’s east coast hiphop at traditional ear-bleeding volume. 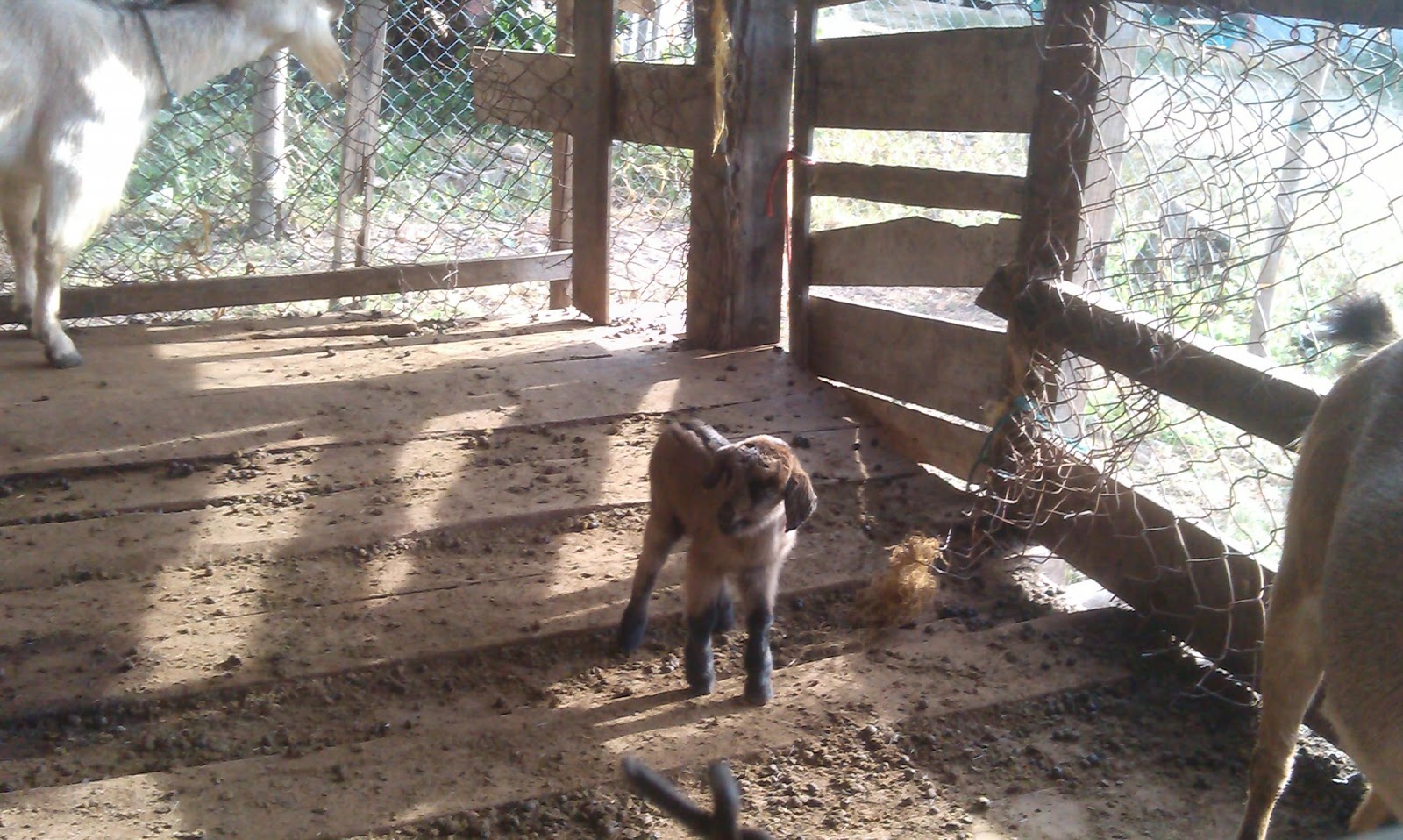 All Lao farmers grow rice in the wet season, while watermelons are the main dry season crop grown by smallholder farmers if they have access to water. Most have a veggie garden with long beans, chillies, tomatoes, lettuce, coriander, spring onions etc. We travel out to local farms with PAFO staff to talk to farmers and walk around their farms to see if they have any pest or disease issues, and see what pesticides and fungicides they’re using, if any. We take disease samples back to the lab and try to either isolate the fungus; identify the pest; dry the virus samples; or decipher the labels from used chemical bottles. 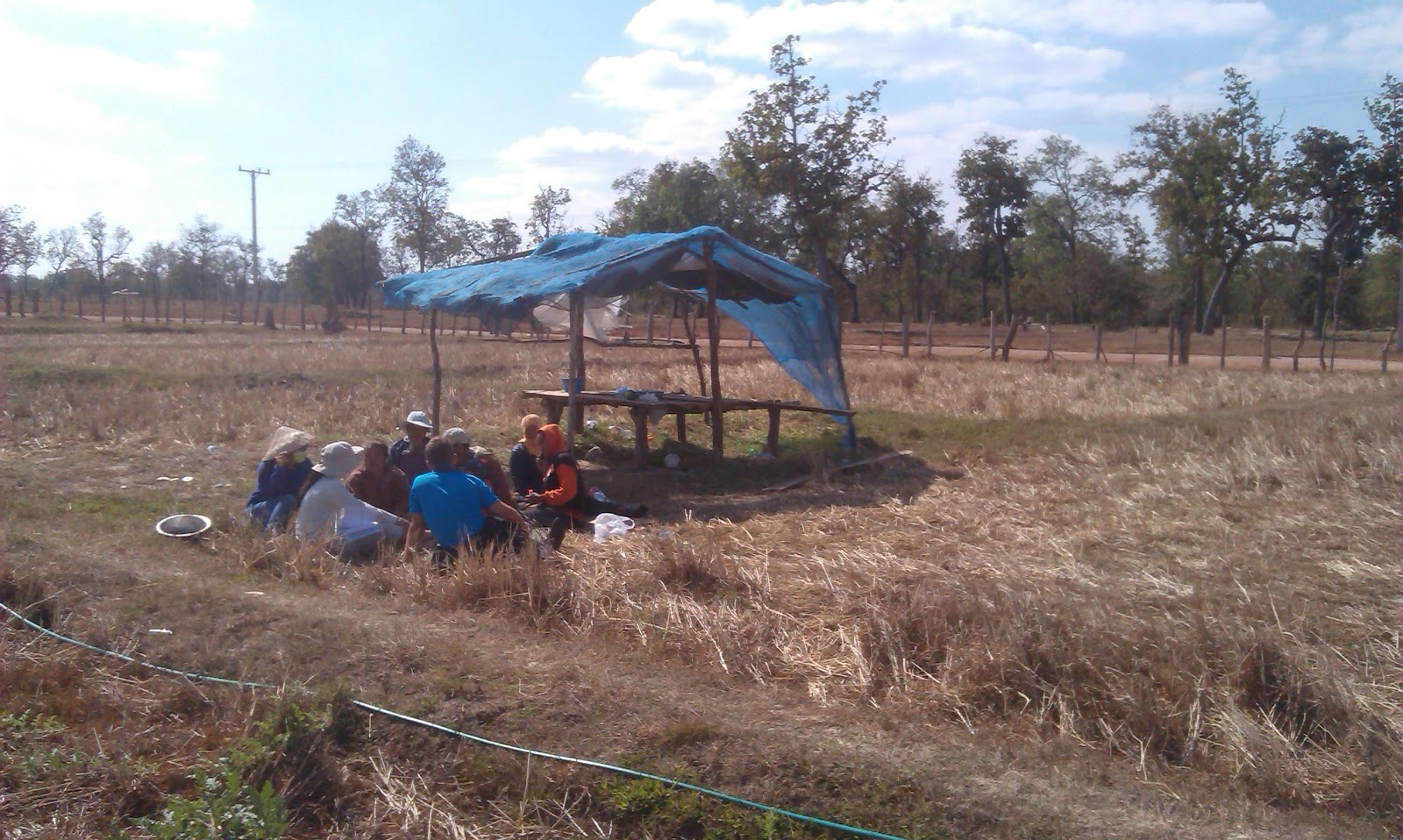 We’ve isolated a plethora of diseases, Fusarium oxysporum from watermelon and banana, Rhizoctonia solani from coriander, Phytophthora from Satcha inchi, Pythium from lettuce, root knot nematodes from soil, Sclerotinia rolfsii from fish mint and a Coniella hibisci  from rosella plants. We also have positive samples of long bean with begamovirus and soybean mosaic virus. Needless to say i’m learning a lot about new diseases and how to spot them in the field and isolate them in the lab. 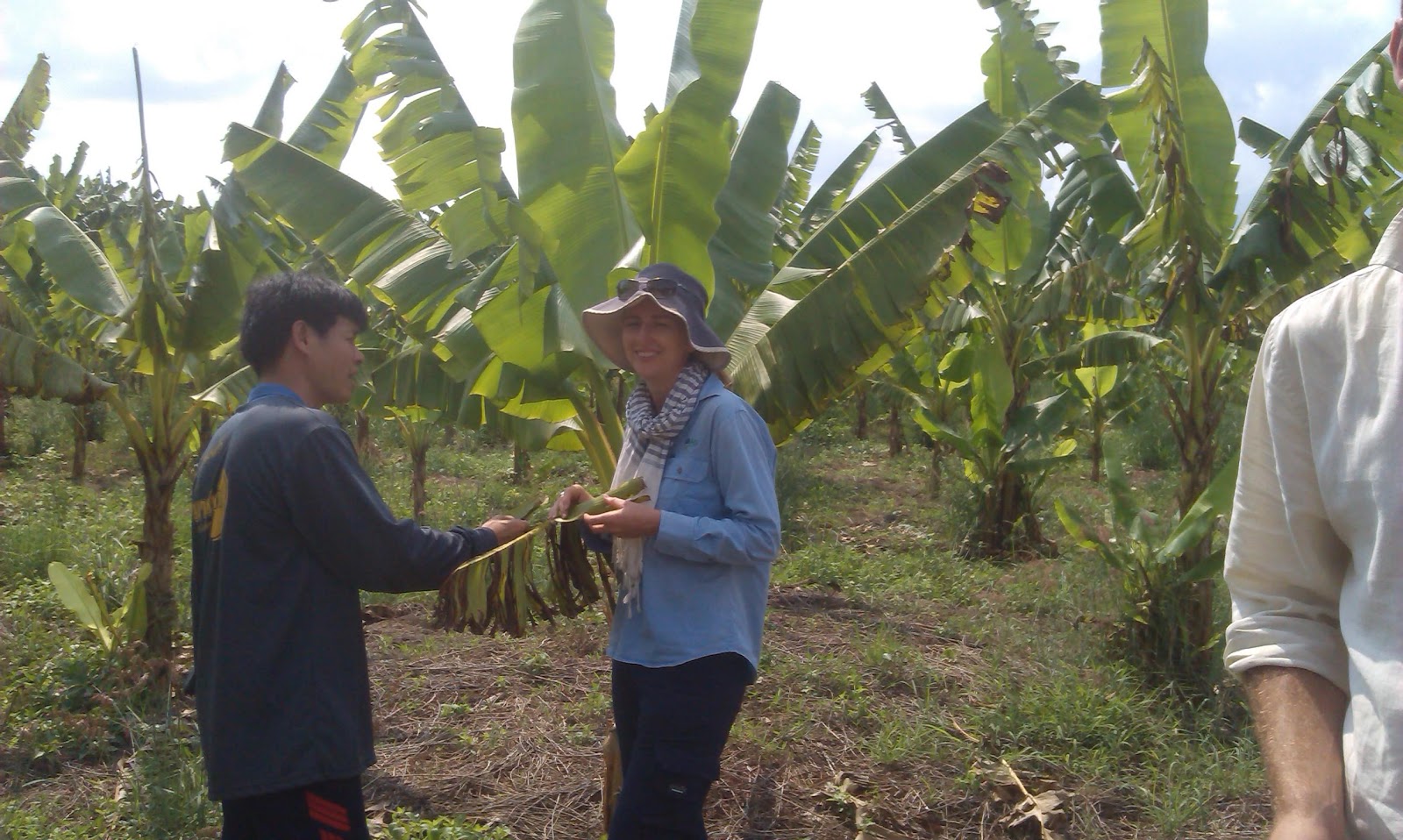 Stephanie looks at a banana plantation in western Cambodia

After the workshops everyone left and things quietened down a little. I continued to survey  watermelon farms through December and January, and after several failed attempts managed to come up with a way to sterilise millet seed and dry it out without an autoclave or laminar flow. Once our new disease samples have been sent overseas and a greenhouse is built, the pathogenicity testing begins.

At the end of January 8 of us piled into a van and went on a surveying trip through northern and western Cambodia, organised by Stephanie, an Australian who has lived and worked in Cambodia for 6 years as an agronomist, and knows the language, area and agricultural practices very well. We visited black pepper farms and durian farms infected with phytophthora, a melon growers association where we found a variety of virus’ and bugs, and a banana farm with a possible sigatoka fungus (still trying to figure that one out exactly). After four days, a lot of bad puns, and a lot of good puns, we finished up in Batambang where I briefly helped Stephanie turn her back room into a basic lab. 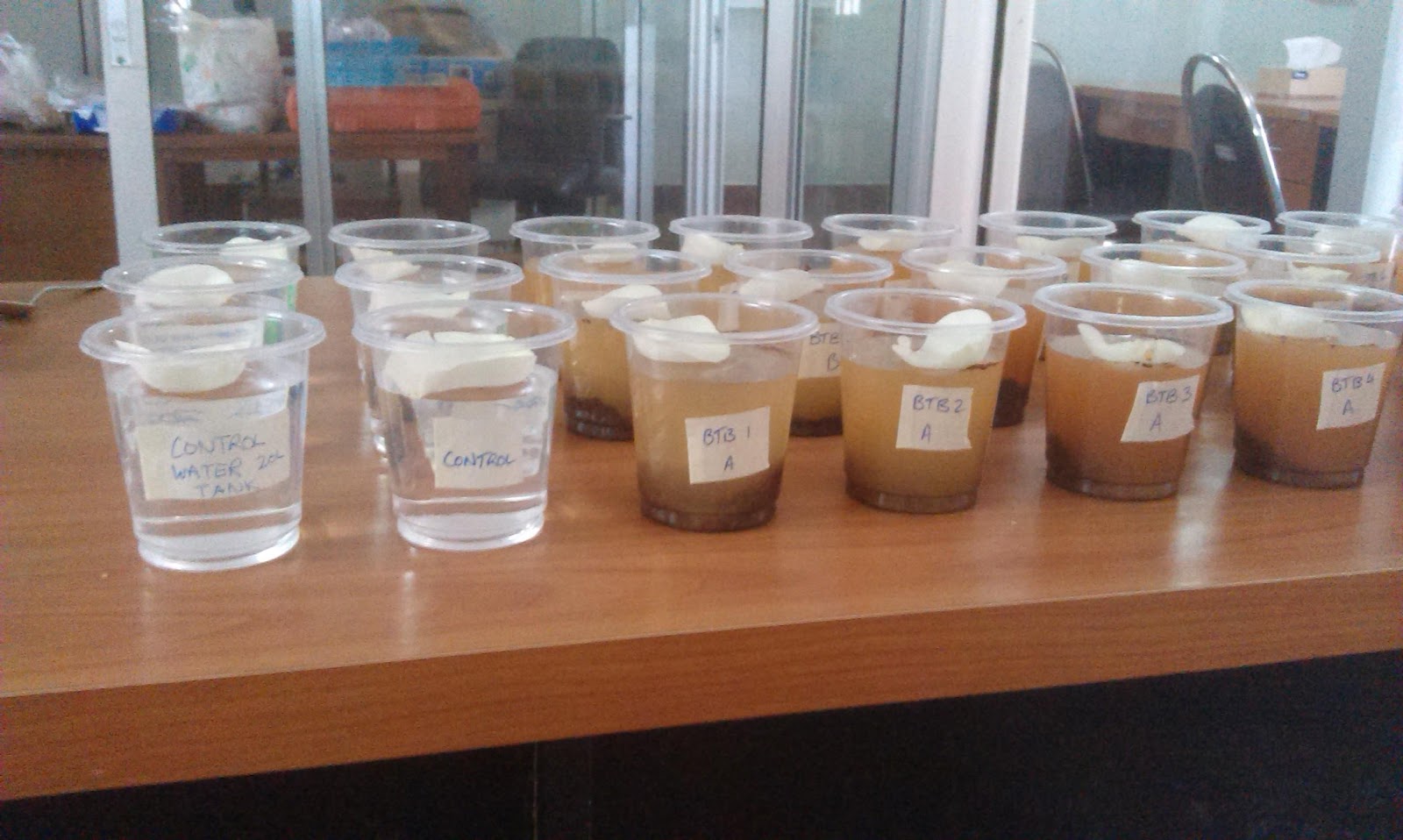 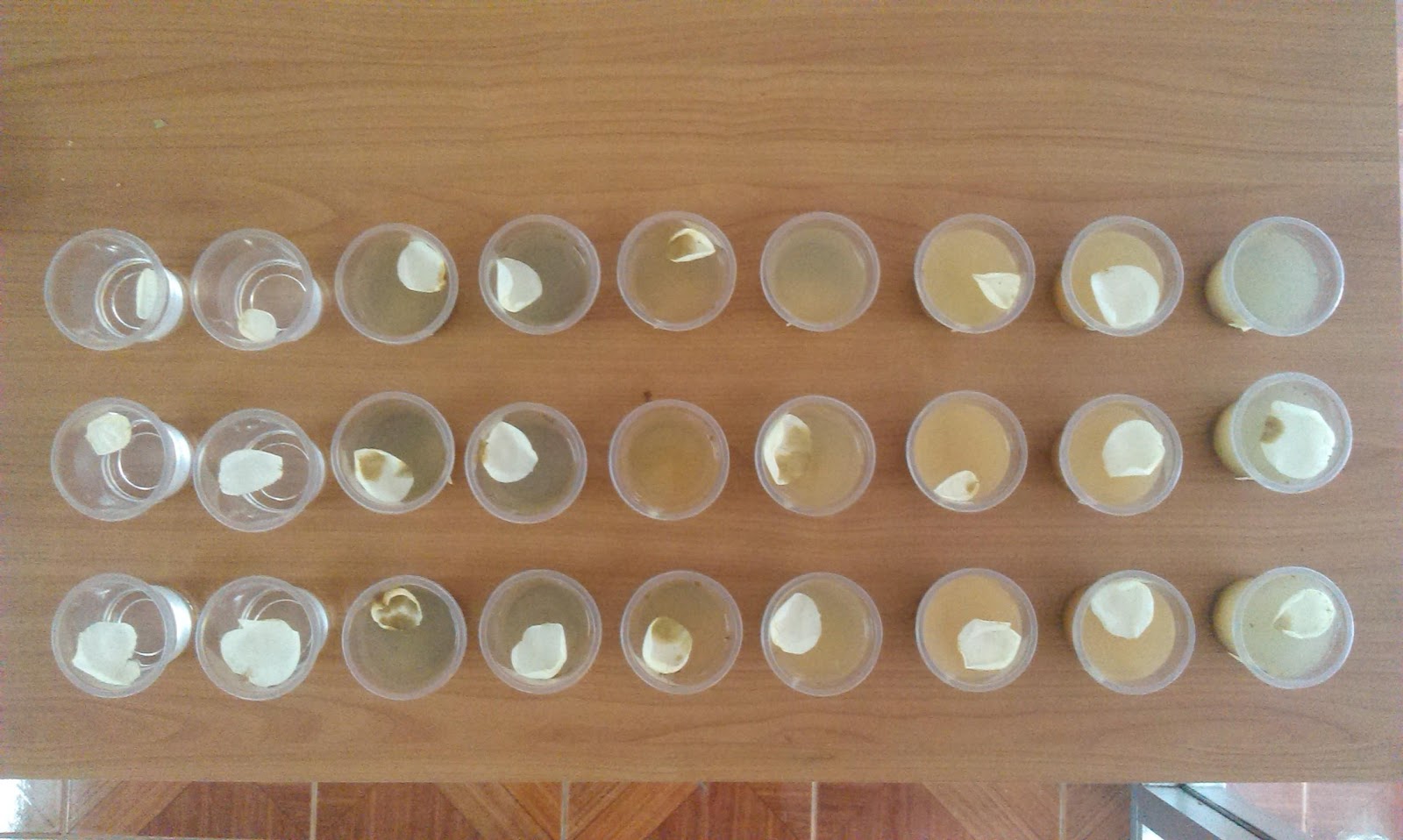 Rose petal baiting phytophthora infected soil. Petals should get lesions after about 2 or 3 days 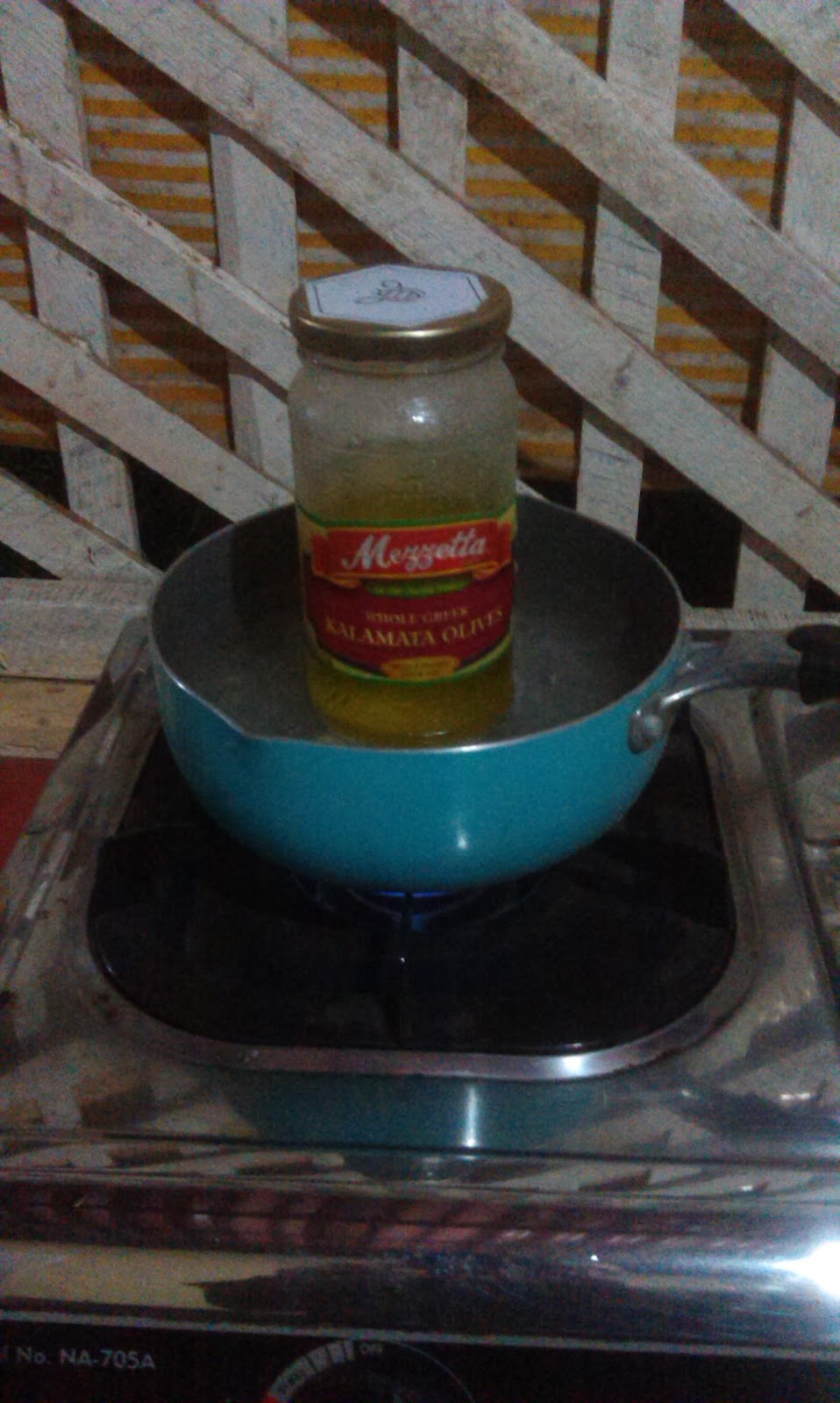 Without even a pressure cooker as an autoclave, we were driven to desperate measures to sterilise some agar in Batambong, Cambodia

In March Lester returned for a month long visit to Laos. I met him in Pakse for a week of surveys on the bolaven plateau – a very fertile area, with some large farms and a lot of coffee plantations. I returned to Savannakhet to try to get the cultures clean and pure, and into long term storage. Future projects include building a basic small greenhouse for pathogenicity tests during the wet season, a rice disease survey and organising some small farmer workshops in the local villages. 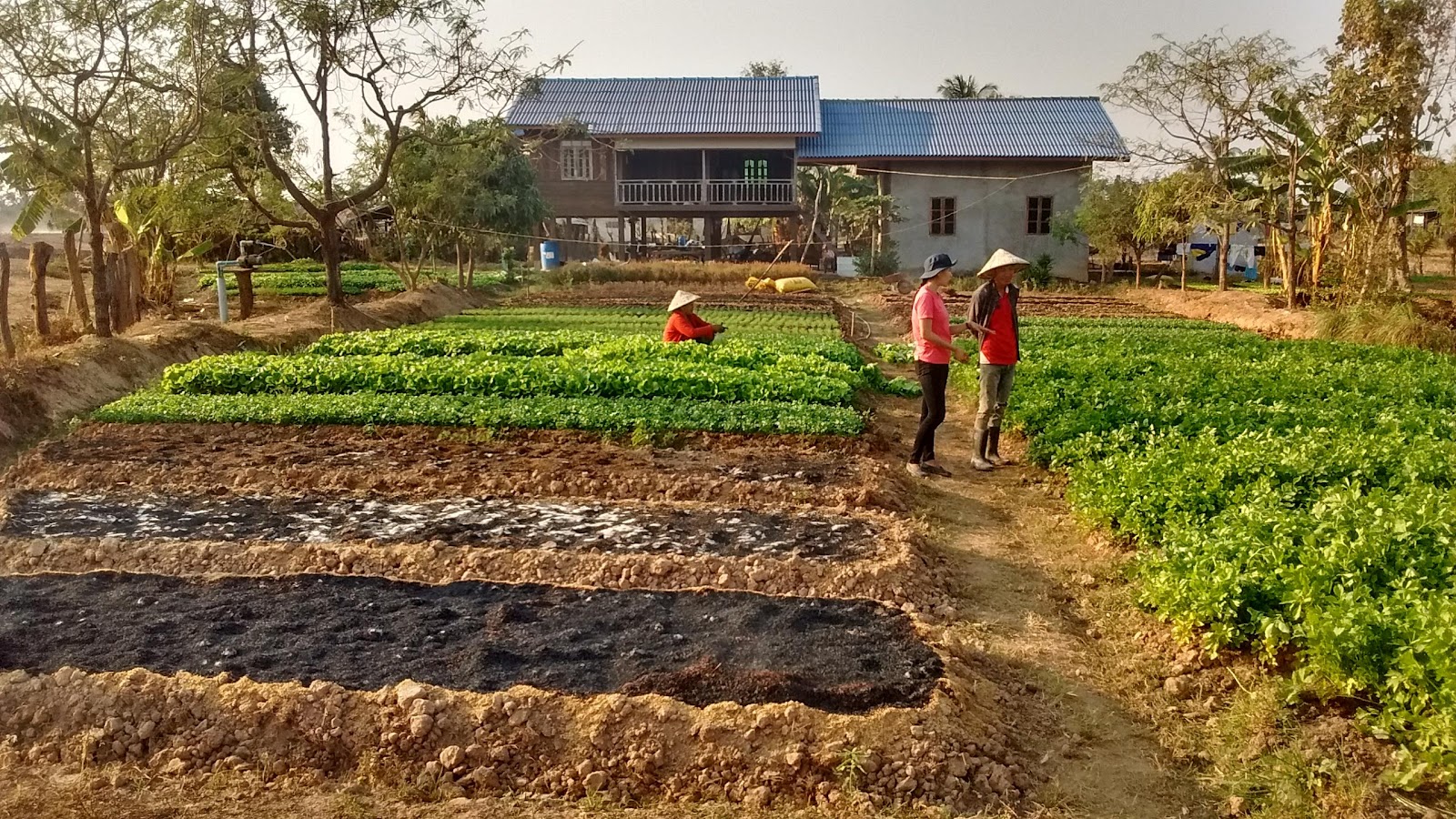 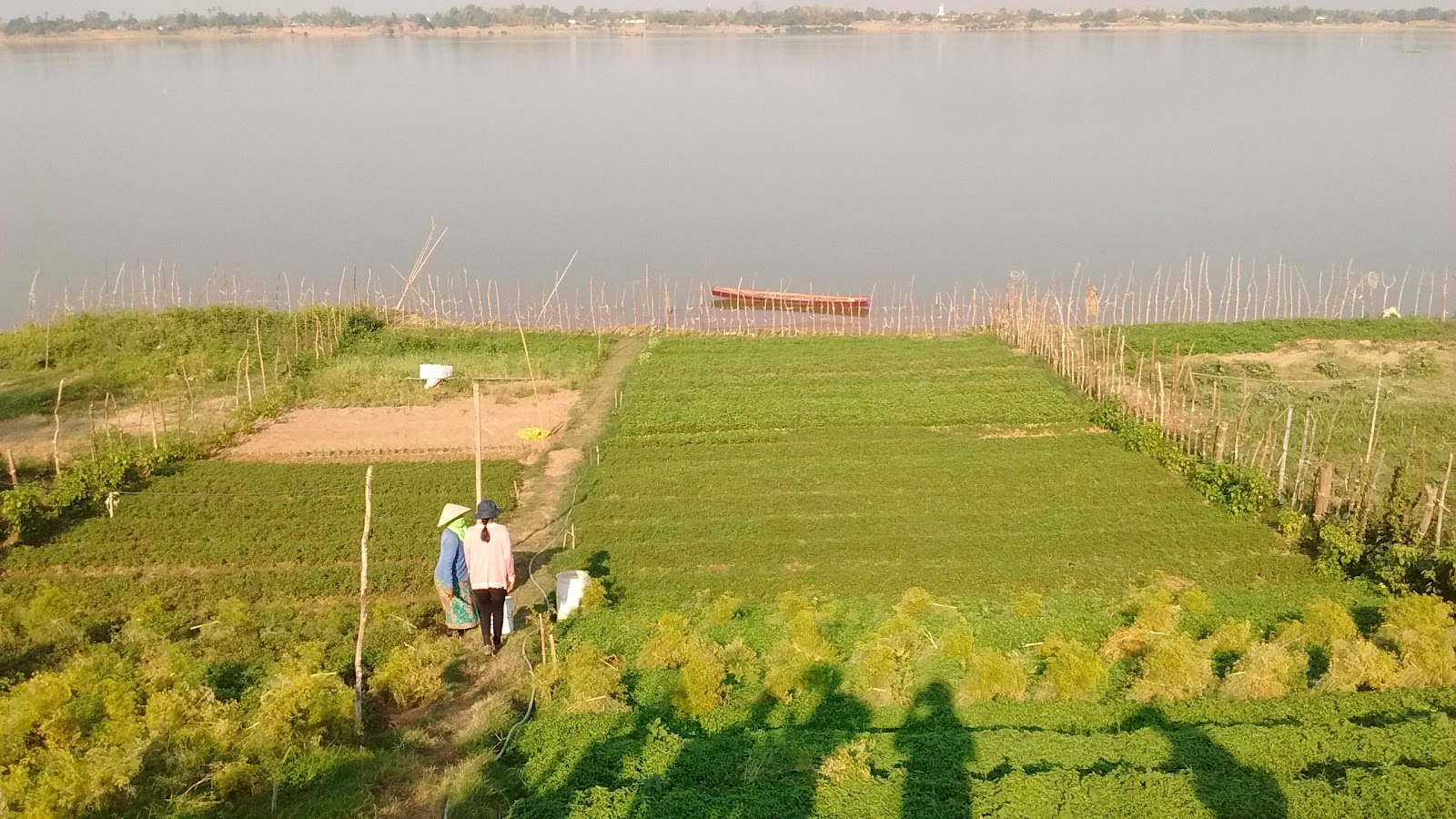 Vegetable farms on the Mekong river near Pakse

Weekends are spent working, heading north to Thakhek where the rock climbing is excellent, doing visa runs across the Mekong to Thailand, and checking out the live music at the various bars and restaurants around town. 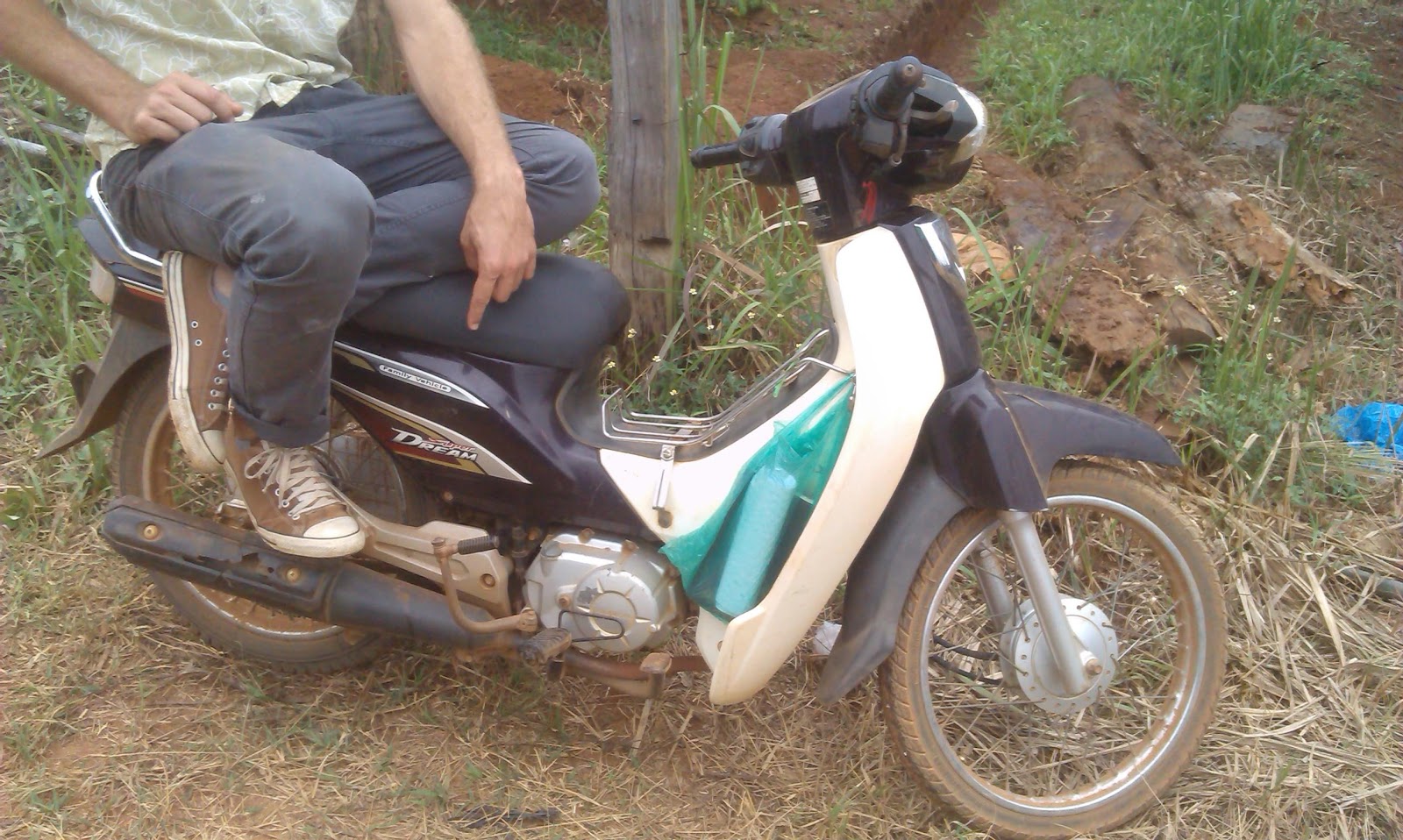 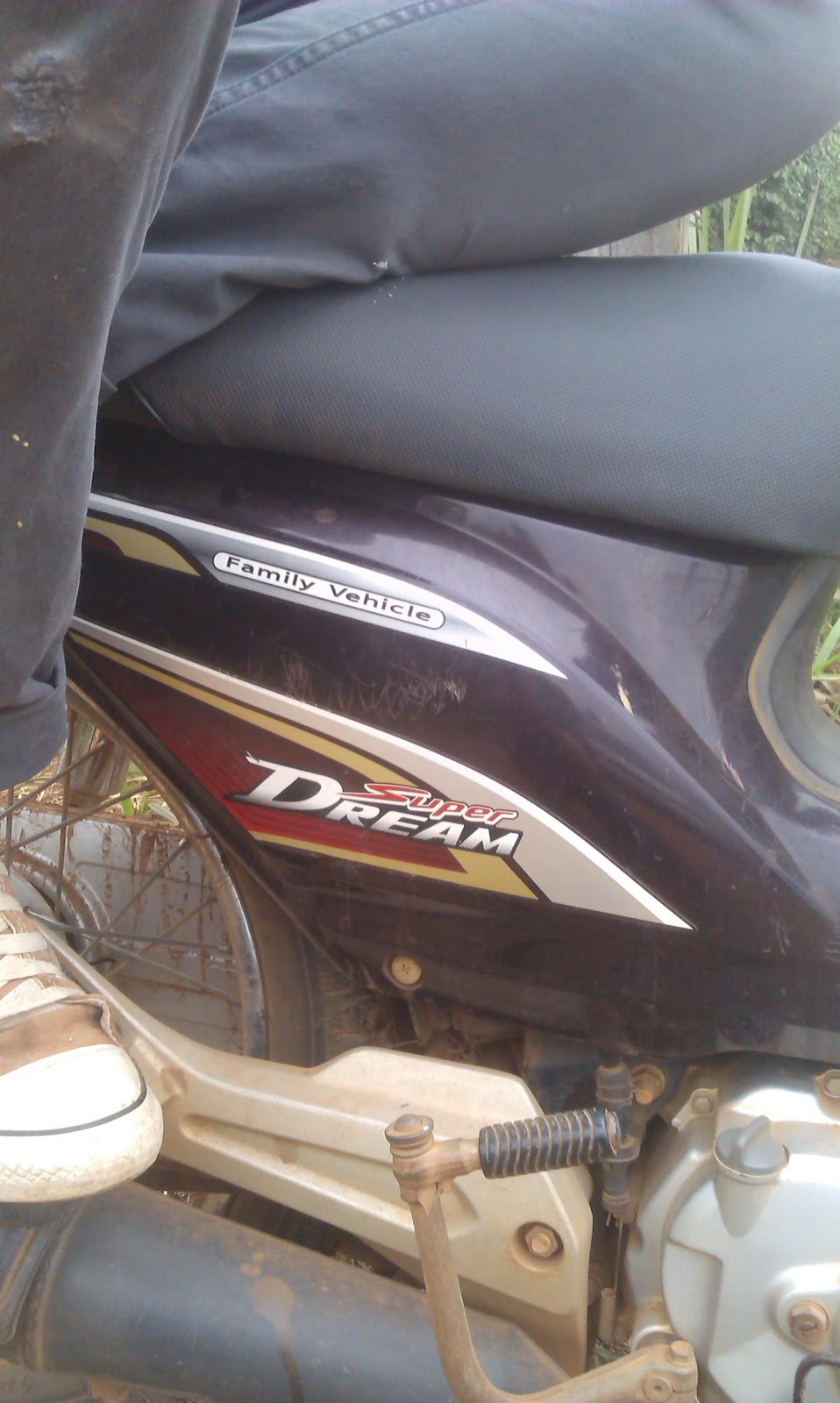 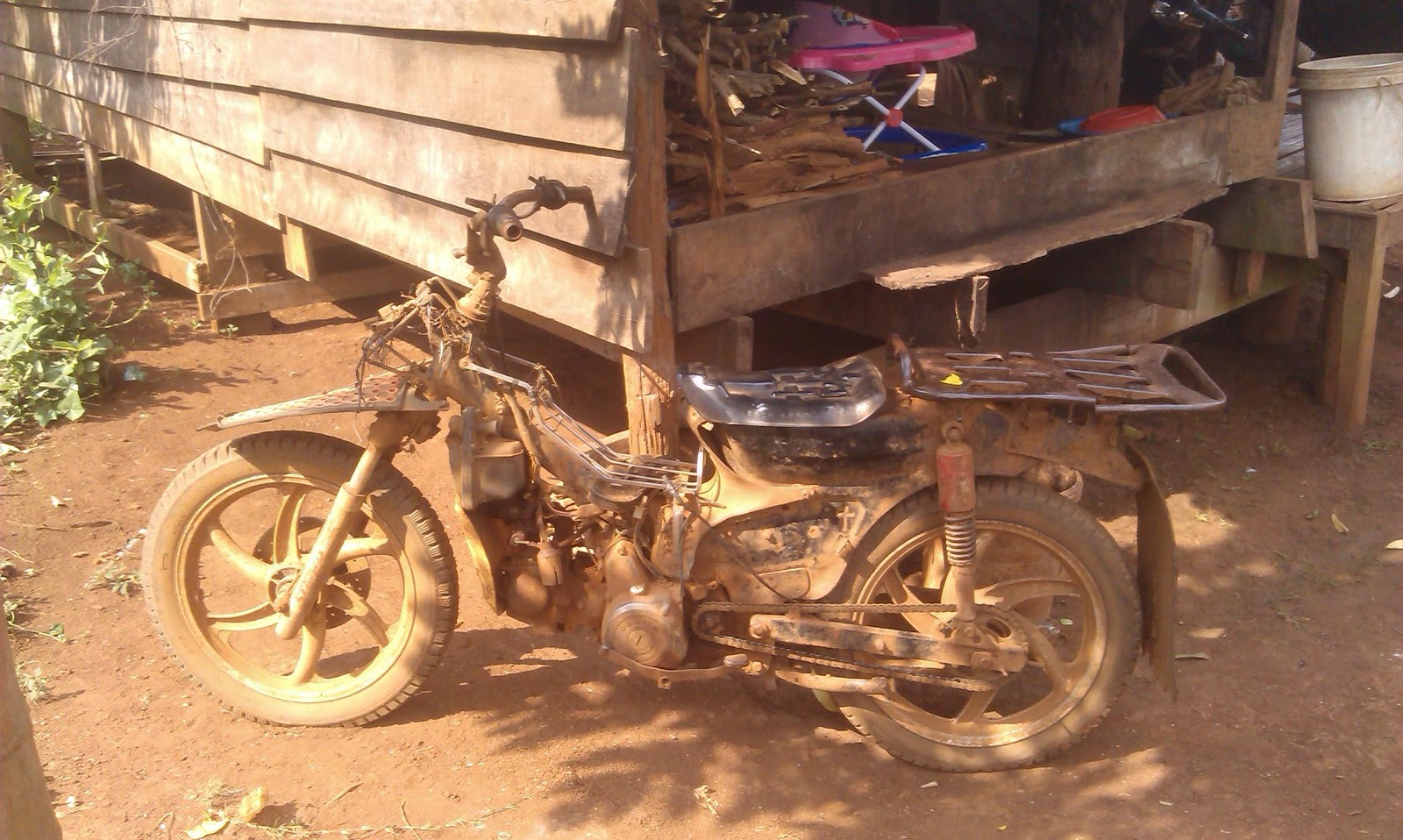