You are here: RAID > Blogs > Soil science in East Africa – so much more than soils!

Soil science in East Africa – so much more than soils!

Starting out with the ACIAR SIMLESA Project

Prior to taking up a position as a soil scientist within ACIAR’s project SIMLESA, I was given three simple pieces of advice from an older colleague who had spent more than a decade working with ACIAR on international agricultural development. First, develop trust; second, prove you are there to do something good, and third, keep it simple! These points washed over me quickly but I was lucky as a small part stuck in the back of my mind to later reflect on and incorporate into what I would attempt to achieve. This is because I thought that in the world of international agricultural development these points were a given and could be accomplished in a short timeframe, with minimal effort, and I would be moving onwards. That is moving onwards in a real sense, with investigation into the soil carbon (C) and nitrogen (N) dynamics characterising the productivity of low input cropping systems that many smallholder farmers in developing countries precariously rely upon to take their maize crops from germination to harvest.

The core focus of the SIMLESA project is the promotion and application of principles of conservation agriculture (CA) to rain-fed dryland cropping of the most prevalent grain within Sub-Saharan Africa; Maize! Inherent soil fertility now in a free-fall decline, coupled with increasing rainfall variability throughout most of the marginal cropping areas inhabited by smallholders, meant that SIMLESA had a mandate to halt soil fertility decline. While also improving water use efficiency and sustainably intensifying yields that would lead to socio-economic incentives. No easy task at all as disappearance of soil fertility and declining yields is largely attributed to a combination of factors including, excessive tillage, absence of soil cover leading to erosion and evaporation of soil moisture, continuous mono-cropping, and the use of unimproved seed varieties.

Therefore the fundamental drive of SIMLESA is to provide farmers with knowledge and skills to adopt more integrative sustainable cropping methods to deal with the looming issue of climate change and its related pressures. Conceptually these would be methods that may be applied collectively, or sequentially, over time to enhance soil water infiltration and retention, protect soil from erosion, reverse soil fertility decline, and lead to improved risk management of yields when lower than average rainfall years occur. Yet, these had to fit within the varying sea of influences navigated by smallholder farmers on their route to the seasonal food security of their family. Any solutions and their application require flexibility, adaptation, economic viability and rational judgement relative to individual farmer situations. 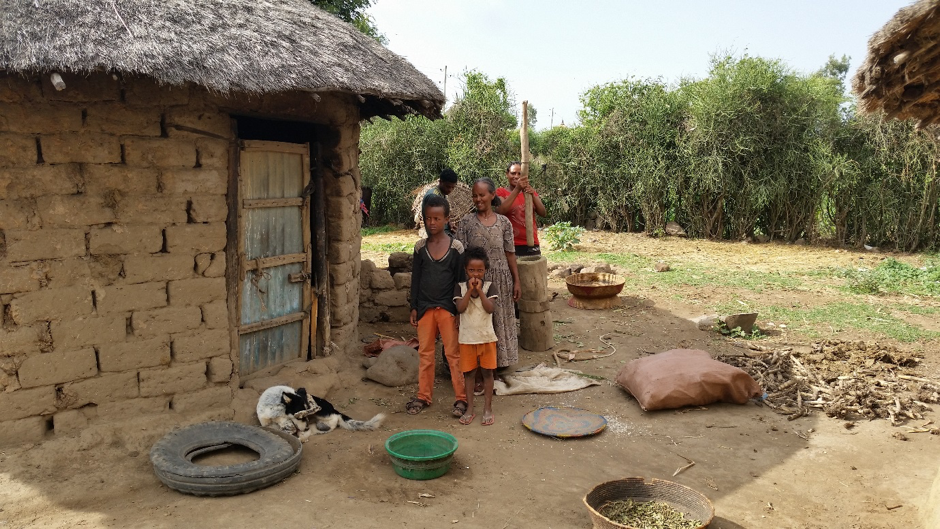 A household in East Africa outside their home

My aim was to improve understanding of the changes to low input cropping system soil carbon and nitrogen dynamics. Especially those brought about by adopting minimum tillage, retention of crop residues as soil cover, and the incorporation of diverse crop rotations. This would provide insight into how simple management tools or techniques could be applied to enhance soil fertility after initial conservation agriculture implementation. It was often found that upon adoption of conservation agriculture techniques there would be a decline in yield experienced by the farmer. Minimum tillage meant less soil nitrogen is mineralised for plant uptake during early crop establishment. Often this was coupled with greater competition by weeds for soil water and nutrients. Minimum tillage without residue retention often also meant less water infiltrated the soil profile. In this instance, solving the problem with retained crop residues often meant maize stalks, that possess a high Carbon:Nitrogen ratio (C:N), caused immobilisation by soil microbial biomass of the meagre amount of plant available soil nitrogen present.

The issues with low plant nitrogen availability due to initial implementation of CA practices can potentially be minimised by incorporating legumes into rotations, increasing the availability of soil and plant residue nitrogen in the cropping system. For many cash poor farmers this is a difficult trade off to accept. In terms of food security risk management for their family, it is seen to be better to plant all of their land to maize. Because, should rainfall be lower than average, having as much maize as possible means a greater proportion, of the small amount, of maize can be harvested in dry years. Additionally, beans do not yield as much, compared to maize and are highly susceptible to diseases in wet years. Therefore beans may provide less than expected yield when good rainfall occurs. Again making sole maize a better decision for family food security. Finally, to confound the smallholders’ situation even more the influence of crop-livestock interactions must be recognized and factored in. Legumes provide higher quality fodder and residues, but lower mass of feed in terms of crop residues harvested as fodder. It is a question of more of less quality or less of more quality? If off-farm fodder is available then why bother to commit land to feed animals?

Many smallholders rely on livestock as a means of annual investment and for an income return should their situation become dire and the family food security equation that each farmer calculates seasonally cannot be balanced. Leguminous crop varieties encouraged as rotational, relay or inter-cropping solutions in conservation agriculture systems are additionally targeted as improved feed for animals. The concept of using legumes to improve soil nitrogen content is by no means new to the majority of farmers. Harvesting the legume biomass for improved quality animal feed, collecting the resultant manure and then applying to the field as organic amendment before sowing is also a known benefit in the smallholder community. However, manure is also valuable as fuel for fires and as a construction material in rammed floors to ward off snakes and mosquitos, and is incorporated with mud for building maintenance and as a source of cash. 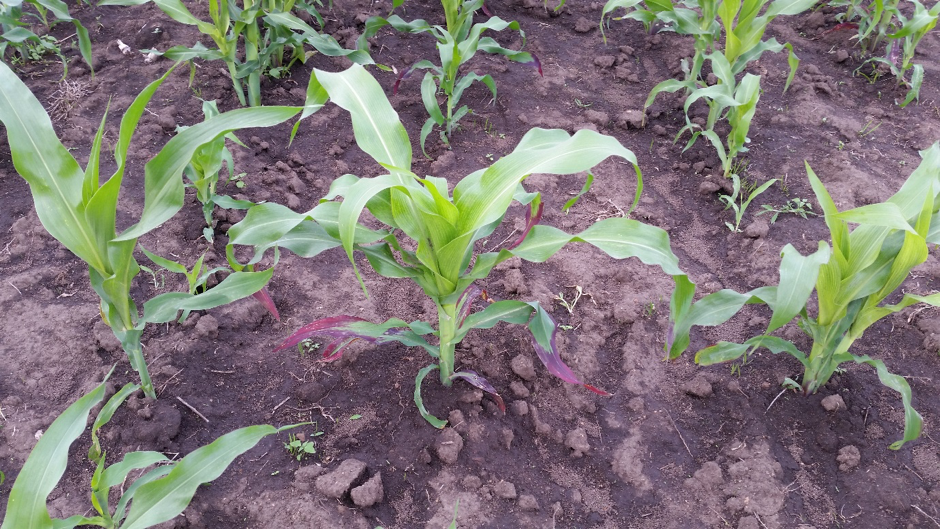 Every step of the way in providing solutions to the situation at hand, there is another trade off to be evaluated, understood and incorporated into the holistic picture. This is so that application of our research concepts and practices can be achieved all whilst farmers continue to manage the lives of their families. Initially I was naïve in a sense often obligatory to young, keen scientists entering the sphere of agricultural research for development. I had huge thoughts of grandeur and success for the common good of those less fortunate. Within the SIMLESA project our core focus was on the promotion of adoption of principles of conservation agriculture. But, in order to make my concerted effort actually develop traction within my group, I had to develop trust along the way. Trust to believe them in the sense of how difficult it actually was to instigate change and make a positive difference. It is an ongoing process that requires continual proof that you are there and willing to do something good for betterment of everyone, not just yourself and your project.

The next full hurdle is to actively show everyone you are there to do something good for the good of everyone. From my own measure this means that you are willing to share your knowledge and experience. But always keen to listen (the words listen and silent have the same letters, are spelt differently, but are the essentially the same thing) and amalgamate your concepts and ideas with those who are around you and are the real conduit for delivery of the development we seek to achieve. Therefore not aiming to pull or push too hard to see one’s own plan played out to the sheet music we initially composed. To let the project you are part of go its own way, as contributed to by so many who are all endeared to something good, is wise.

Try and keep the action and the mentality of those who carry out the work to focus on the simple step by step procedures. This can deliver robust evidence to make something tangible and real happen in a situation often plagued by lack of access to the tools, techniques and tests that we often take for granted in developed countries with established scientific regimes and protocols. It hasn’t been easy, but then again it wasn’t meant to be, if it was it would have been done already. Just keep reciting the mantra and using the initiative that delivered you to this position in the first place and one can find happiness in learning from local traditions. That is, in order to understand the steps needed to provide necessary change in a collaborative and communal manner.

I hope this does sound slightly cynical, because it’s meant to be. By and by as new people arrive at positions and projects within the international agricultural research frame there must be a concerted effort to focus on a train of small simple steps. That collectively over time will enhance and establish scientific thought for innovation and improvement in what is done and how it can be embedded in society. Doing this collaboratively through a common focus for the good of the project and not for one’s own demands is supremely important to continue to build the networks we need. Networks where people trust each other, listen to each other and are prepared to dish out their time and energy in spades to see real positives materialise in the way farmers can make decisions to address the concern of family food security. Otherwise the project situations we all hope to continue working on may not continue to materialise. Even when we know the importance of them to peace and prosperity for ourselves and our environment overrides all else. 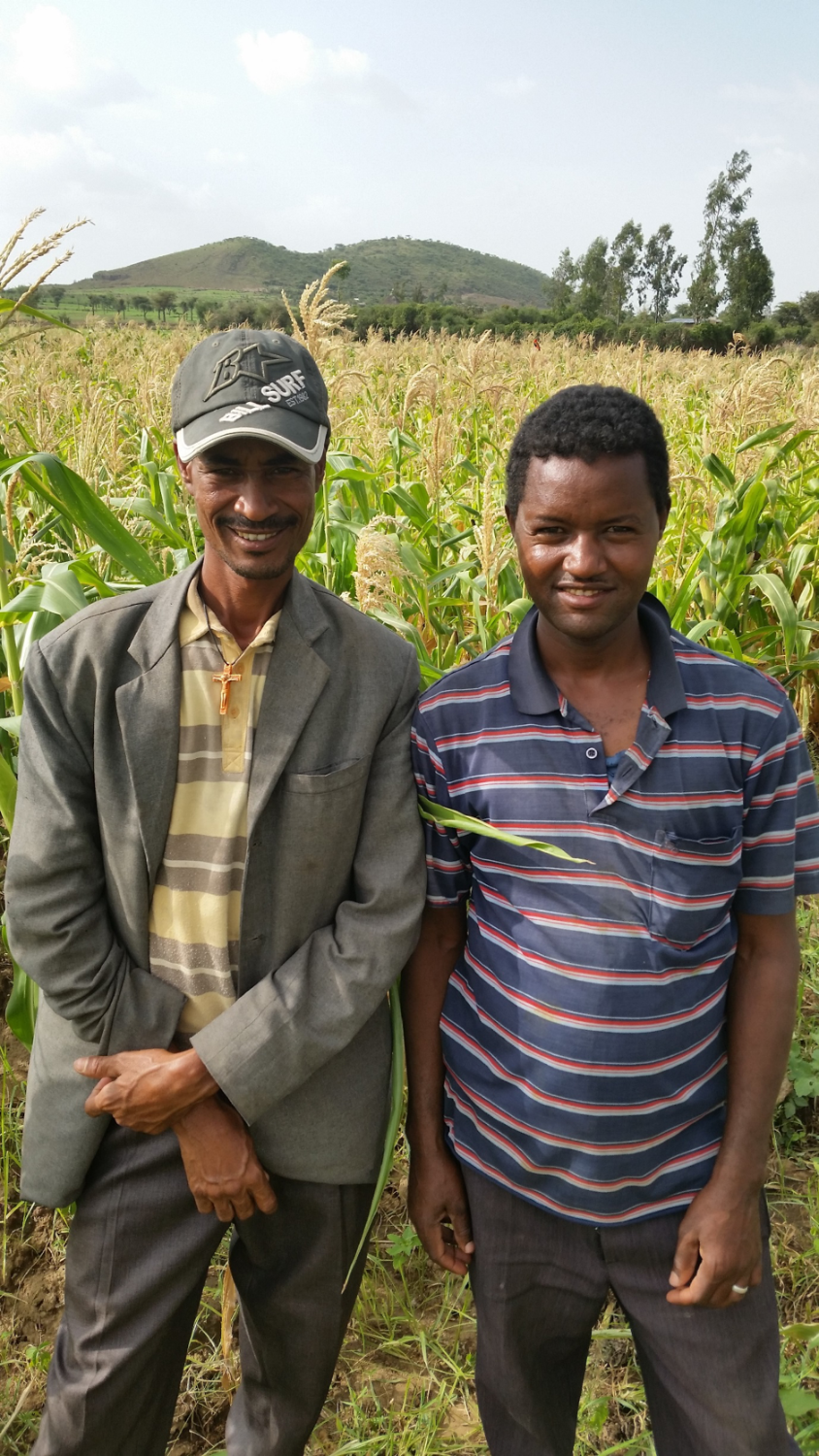 Farmers in East Africa with their maize crop