International Volunteer Day, celebrated each year on December 5, was started by the United Nations (UN) in 1985 to acknowledge and celebrate the contributions of volunteers to international development. Each year, the UN sets a theme for the day, and in 2018, it’s “volunteers build resilient communities”. As a shining example of the contributions volunteers can make to development, returned Australian volunteer Jenn Learmonth writes about her experience volunteering in Vanuatu. Jenn was on assignment as an Agriculture Extension Officer for the Department of Agriculture and Rural Development, and here she reflects on the highs, lows and learning from her time overseas.

Tell me about your assignment in Vanuatu—what did you do as an Agriculture Extension Officer for the Department of Agriculture and Rural Development?

My role with the department involved working in the head office in the capital, Port Vila, with the senior management team, providing strategic planning and implementation advice for national agriculture and food security priority projects. This included facilitating project and budget planning for 2018, contributing to the National Vanuatu Organic Policy, writing proposals for international grants, and working one-on-one with extension officers to remove barriers to improved performance.

Informally I also lead making of tea and coffee in the afternoon (with the new addition of a kettle) and taught staff how to cook with potatoes beyond simply boiling them. Mashed and roasted potatoes anyone? 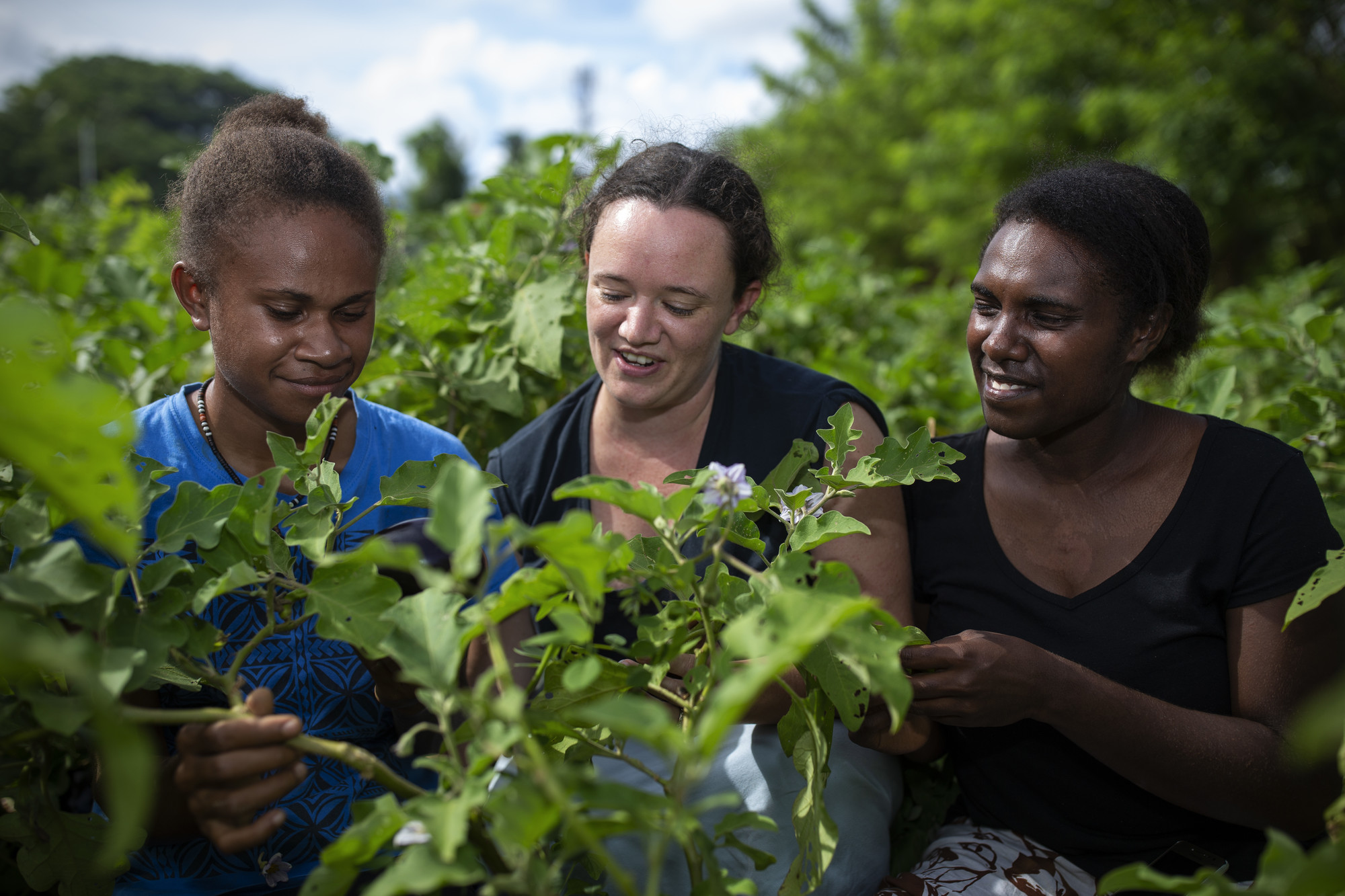 What achievements were you most proud of?

My proudest moment was when the ladies in the office told me that since I had been there that they had felt more confident to speak up and share their opinions in meetings and around the office. Agriculture in Vanuatu, as in most places around the world, is predominantly viewed as a male vocation while women are responsible for the cooking. By being there and speaking up to share my opinions and promote those of other people or simply providing a sounding board for their ideas, while still showing respect to my colleagues, I was able to be an example for others within the Department.

Before I left the department, they employed their first female Extension Officer, and female interns were contributing the design and construction of demonstration plots, including the construction of backyard gardening plots at the office, and another at the Ministry in the middle of town.

My first trip out of the office was to Aneityum, the southern-most inhabited island of Vanuatu. While I was there I stayed in an agriculture house which was damaged by Cyclone Pam—windows were boarded up, the walls had been graffitied during the cyclone, the cupboards were missing doors and shelves, and the roof was damaged. While the department wanted to fix the house, there was often not enough money, and the house was far away from ports to ship the goods. This house was not seen as a priority by people, except for the extension officer living there, the Provincial Officer of Tafea and the community receiving agriculture support from this location. During discussions with my friends in Vanuatu, I was made aware that there was still some cyclone Pam recovery funding available. I was able to submit a proposal to fix this house and another in north Tanna which was now a skeleton of walls. The proposal was a success and works were mostly complete before I left the country. This will now provide safe, comfortable and adequate housing for two agriculture officers and their families to support the local communities, and a secure building for a community cyclone shelter.

As part of my volunteering role, I promoted alternative opportunities to secure funding for agriculture projects. The Australian High Commission ran a Direct Aid Program, which could not be applied for by the department but could be submitted by a community member for community-based agricultural projects. As I met different officers around the country and explained the process, many were interested. With the deadline for proposals fast approaching, there was only one officer that showed continuing interest. He hadn’t asked for help beyond a copy of the application form, and people had told me not to expect much from him. To everyone’s surprise, he completed the process independently. While my role in this was minimal and it was not my win, I am proud that I was able to give him this opportunity and proud that he was able to prove to his colleagues that despite being remotely stationed, and one of the older employees, he still has the ability to make a positive impact.

I was in Vanuatu while the volcano on Ambae island escalated its activity, and large volumes of ash covered many parts of the island. This killed food crops making food shortage a constant issue. While we were unable to do much for the people from Ambae, who have since been evacuated from their homes, this highlighted the issues facing Ambrym island, which has two active volcanoes.

Through World Bank funding and working as a liaison between the Ministry of Agriculture and the Department of Agriculture and Rural Development, we were able to secure four ash resistant multiplication plots, seedling centres, water harvesting systems, and quad bikes for distribution to schools and community centres in different parts of the island. This will hopefully provide a sustainable source of planting materials for communities, sustainable funding for the further development of each centre, and support for areas experiencing ash fall.

I think it’s also important to add my biggest disappointment. While in Vanuatu it became clear to me that communication and numbers of staff were the biggest barriers to agriculture support. I realised that the new extension worker in Gaua working mainly in kava production didn’t know the really experienced extension officer in Pentecost, who also worked mostly with kava production.

I identified that there was a need here to connect colleagues doing similar jobs so that they could share their stories, their challenges and their successes. I planned and pitched an annual forum, and while many people were on board (and as I stated earlier my bright idea was not new, a similar forum had been in place about 20 years ago and lost support), there was not the funding available to run it. I still hope that the forum will become a reality, and I have left a mixture of local and international volunteers working to make it a reality. My fingers remain crossed! 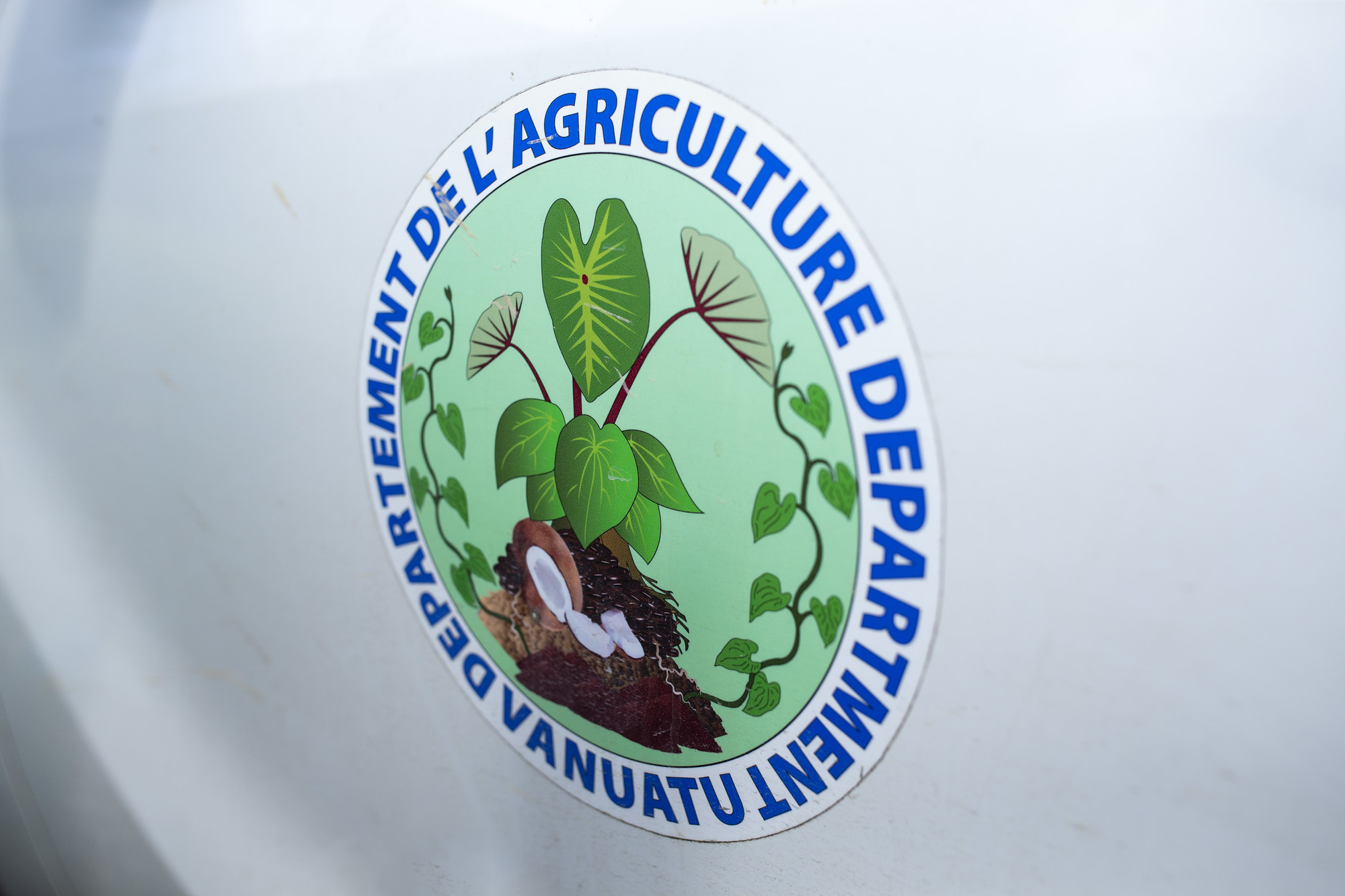 What were the challenges of the role?

There were many challenges—from power cuts to cyclones and volcanic eruptions!

It was always a challenge to get my local colleagues to believe in themselves and their ideas, and have the confidence to share them with others, and the resolve to fight for them. Everything I was helping with was not a brand new (although sometimes I was under the illusion it was), it was something that had been thought of before. My challenge was to find those people with ideas, understand their ideas, and adjust to be able to promote it amongst decision-makers.

The lack of fear and caution still shocked me until I left. Children walking around with 15-inch machetes; everyone working in the gardens in rubber thongs or even bare feet while using shovels, rakes and forks, and people fixing roofs with hammers without any protective gear two metres off the ground while standing on a piece of timber only two inches thick! 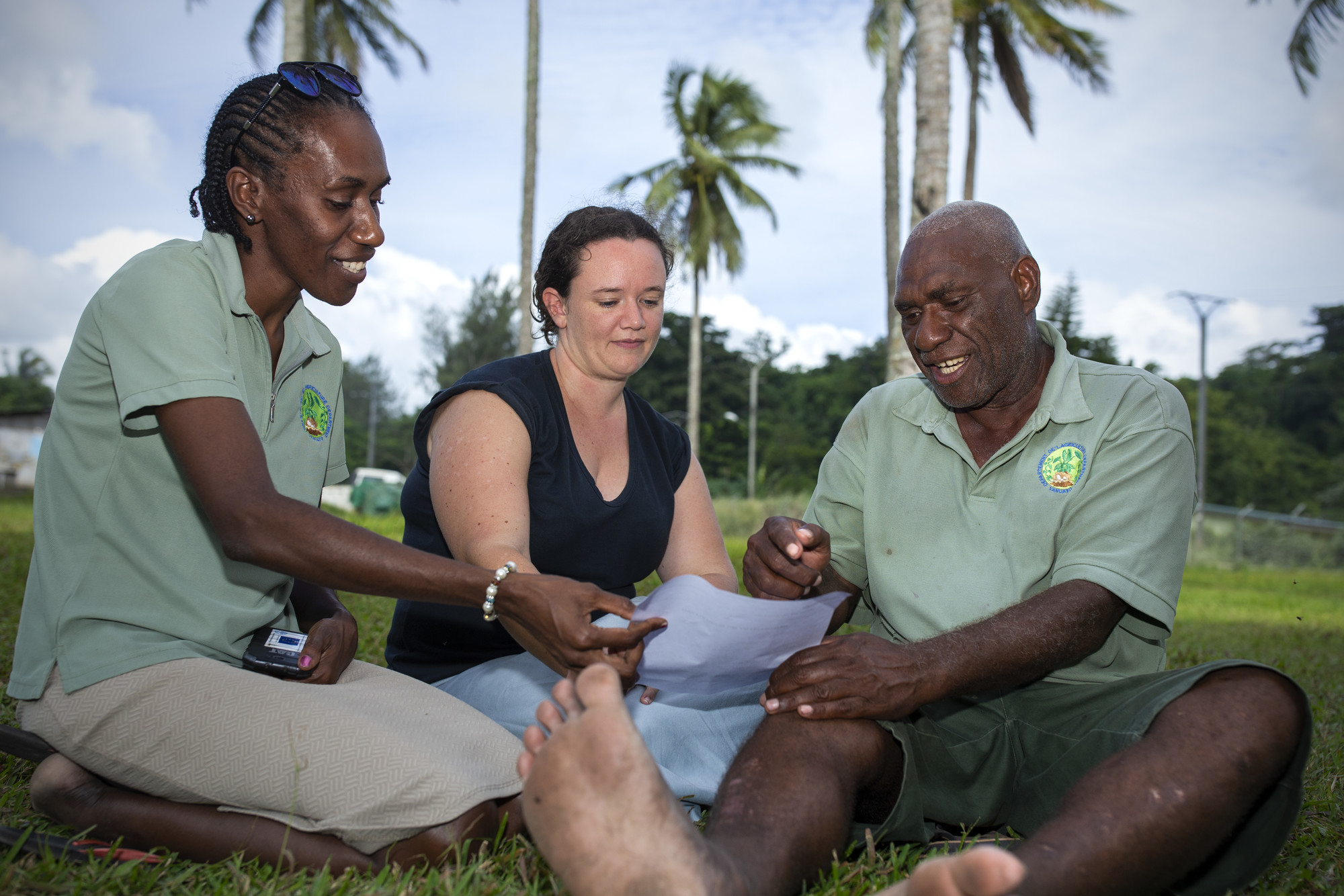 What value can volunteers add to international agriculture development?

Sometimes the best thing a volunteer can do is listen, and share the opinions of the people they talk with. In Vanuatu communication isn’t always easy, and travel is expensive enough to be prohibitive. It is easy to miss someone with a fantastic idea hidden away on a small island when you are helping with yearly planning, drafting policies and strategies, or simply planning a staff barbecue. This is sometimes made even harder by hierarchy, age differences and gender. Sometimes people also think that because someone is less formally educated that they may not know the proper way to grow crops. Often these people are wrong. I challenge volunteers in agriculture development to not be the expert; I challenge them to be the side-kick that can improve ideas of local staff and communities.

Now that you’re back in Australia, what work are you doing?

I am working for the Department of Environment, Land, Water and Planning in Victoria as Manager, Basin Salinity Management – which means I am looking at and overseeing the management of salinity impacts from irrigation on the Murray River in Victoria.

What is your message for the agriculture and development community on International Volunteer Day?

Volunteering is a two-way street. So often I have people telling me what a “great” and “selfless” thing I did by volunteering, but I gained so much from my time in Vanuatu. I learnt to back myself, speak up, promote the interests of others, I got a paid trip to a tropical island and I met so many interesting and wonderful people. Sure, I worked hard and experienced day-to-day frustrations, but my time volunteering has changed who I am and I think I am a better person for taking on the challenge.