You are here: RAID > Blogs > 10 Minutes with Jeff Corfield

Previous Article
Next Article
Share
13 May 2016 BLOG
By David

I fell into international R4D almost by chance, having spent most of my 35 year CSIRO career working in rangeland ecology and management research across northern Australia. However some early career experience in tropical forage research led to an invitation to join a CSIRO team undertaking ACIAR supported smallholder farming systems research in Eastern Indonesia, aimed at improving Bali cattle production for mixed crop-livestock farmers. An initial one-off visit in 2001, turned into a 10 year involvement in participatory-adaptive on-farm R4D across 5 complimentary projects in Sumbawa, Lombok and Sulawesi, moving from system understanding to on-farm testing to scale-out. While PAR approaches we used were not new, their combination with farming systems understanding and modelling, to help identify constraints and opportunities and develop ‘best bet’ intervention strategies for on-farm testing was fairly novel at that time – and successful. It was no surprise then that the ‘best bet’ approach to on-farm R4D, developed through those ACIAR projects, became a model for similar projects in Indonesia and several other developing countries, including Vietnam. 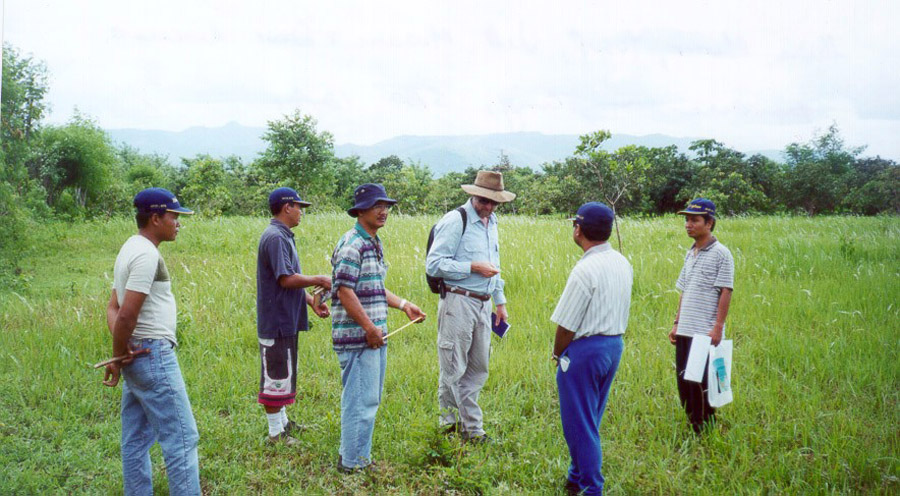 For someone whose career had been largely in classic biophysical research, this participatory R4D was a revelation to me – and I thrived on it. My only regret is that I came to it so late in my career, as the 10 years of R4D project work in Indonesia and the 5 years consultancy work that followed in Vietnam and West Africa, have been the best years of my working life. I often tell people that there are few jobs where you get to build capacity and influence practice and policy, while working together on projects which actually change the lives of local participants, especially farmers. Over the years I’ve been lucky enough to re-visit many communities involved in earlier project studies. It is always deeply satisfying to see the progress made by farmers (often well beyond our expectations) and their unbridled enthusiasm when they greet you again after many years’ absence. 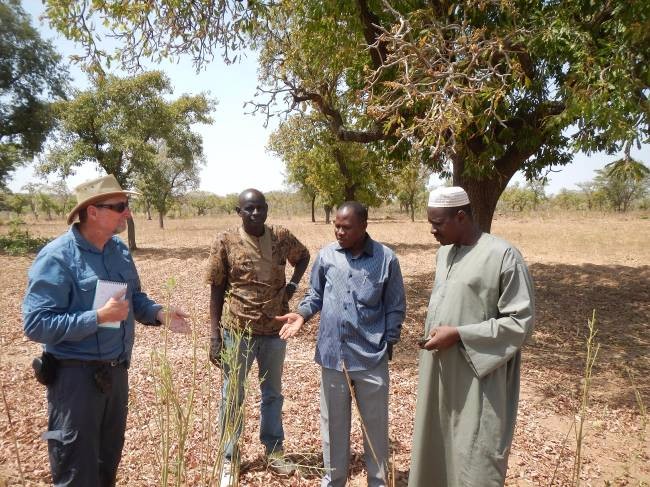 That, along with my abiding passion for knowledge sharing and my fascination for the whole adoption process, is what fuels my continuing enthusiasm for R4D work, even at 67 years of age. However I also think that the real test of successful technology transfer is when those currently practicing it no longer know who introduced it – in other words when the project and key players become anonymous to the end users. My 15 years of R4D experience also taught me that however satisfying capacity building or adoption success is at the local or district scale, long- term, sustainable practice change at regional scale and beyond requires real changes in understanding and policy development within supporting RD&E agencies – a much harder task, which many ACIAR and similar R4D projects struggle with at times. I am a great believer in the bottom-up approach here, utilising positive local outcomes, articulated by the participants themselves, to encourage ‘ownership’ of new ideas by agencies, bureaucrats and politicians, who like nothing better than to be associated with success stories. Nothing succeeds like success and nothing beats a good bandwagon opportunity in my experience!

As someone who’s R4D work has been focussed at the on-farm and on-ground team level, I also favour the bottom-up approach to scientific and technical capacity building i.e. focussing on  younger emerging research colleagues, who have less baggage, heaps of enthusiasm, minds like sponges and are still naïve enough to take notice of old farts like me! They are also the future R,D&E leaders and I never get tired of sharing knowledge with them. 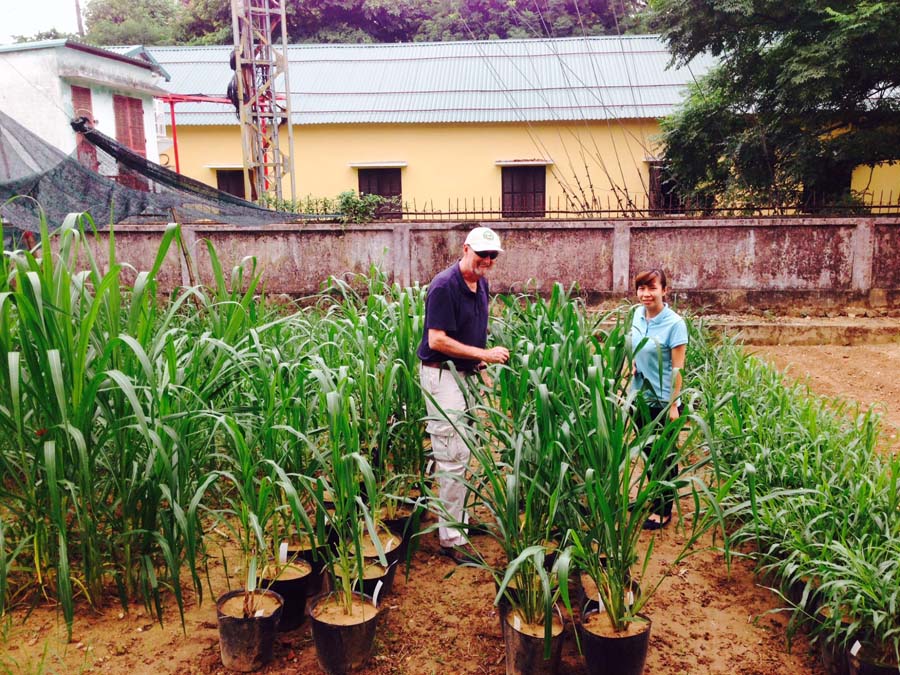 However I’ve often felt limited by the fly in-fly out nature of my R4D work, where only so much can be usefully achieved during each short visit. This, more than anything else, led me to take up an opportunity to spend a year in-country at Hue University of Agriculture and Forestry (HUAF) as a volunteer livestock systems adviser under DFAT’s AVID program in 2015. Unlike most AVID positions, I helped design my own assignment to provide support and capacity building to in-country colleagues involved in a current ACIAR project in Central Vietnam and beyond that to HUAF Animal Science Faculty staff. My specific personal aims were to help build capacity of young project and HUAF researchers in understanding and application of PAR methods, farming systems approaches, forage agronomy and animal nutrition. 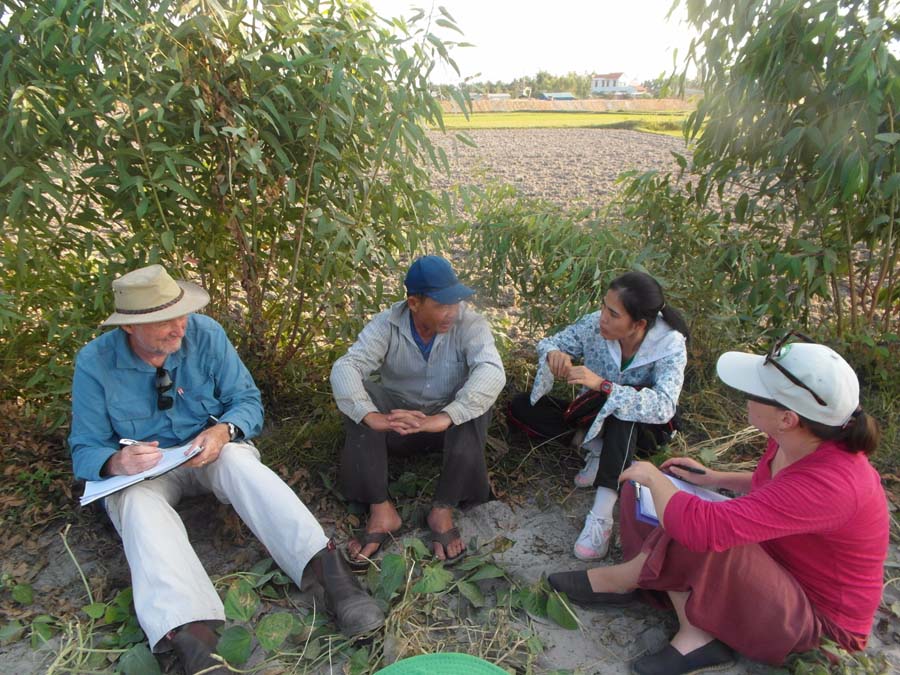 Transitioning from my fly-in role to full-time, in-country volunteer faculty member presented some challenges for me and my HUAF colleagues, many of whom had only known me as a consultant. While the two roles share many common issues, they are in fact quite different in several ways. For a start, when overseas project partners or consultants visit, it is usually for specific tasks (meetings, site visits, training workshops etc.) with in-country colleagues, where everyone is focussed on the project matters in hand and the work is often intense for a short period. In such an atmosphere one can be forgiven for elevating the project and tasks at hand to the top priority for everyone, which it is – for that time. However, working full-time in-country soon made me realise that such projects, however important they be to us, are but one of many equally important and demanding commitments for which our in-country project partners are responsible – something we should always take account of. While my aim of having more time on-ground for capacity building with young research colleagues was largely realised, my expectations needed to be tempered by the realities of their other HUAF commitments and hence their availability for project tasks and training. I was initially a slow learner – but I did learn! 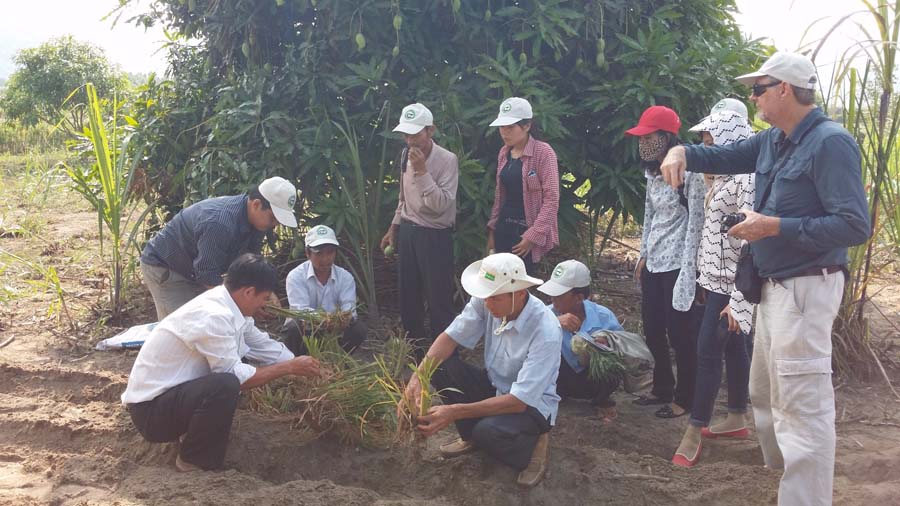 Another challenge was getting the right balance between doing things ‘for’ people vs. ‘with’ people – the key to good capacity building. As someone committed to a ‘working and learning together’ approach I was well aware of this trap. However at times of looming deadlines and always busy in-country project colleagues, there is often the temptation, as a volunteer, to just get in and do it “for’ rather than ‘with’ them. Having a foot in both the project and HUAF faculty camps probably didn’t help and I struggled to get the balance right in the early stages.

For all that, on reflection, I feel my year as an AVID at HUAF fulfilled my personal objectives to have more time on ground for capacity building with young research colleagues. In doing so I probably learned as much from them as they did for me – and in the process made many wonderful friends. Only time will tell how effective my AVID assignment was and I will leave that for others to judge. It was certainly a rich and rewarding experience for both me and my wife Ann, who accompanied me. I would certainly encourage any RAID member who is looking to expand their experience, to consider taking up on AVID assignment opportunity. Living and working in-country as a volunteer can provide a handy entre into international R4D for young researchers and also great end-of-career knowledge sharing opportunities for old almost-retired buggers like me! 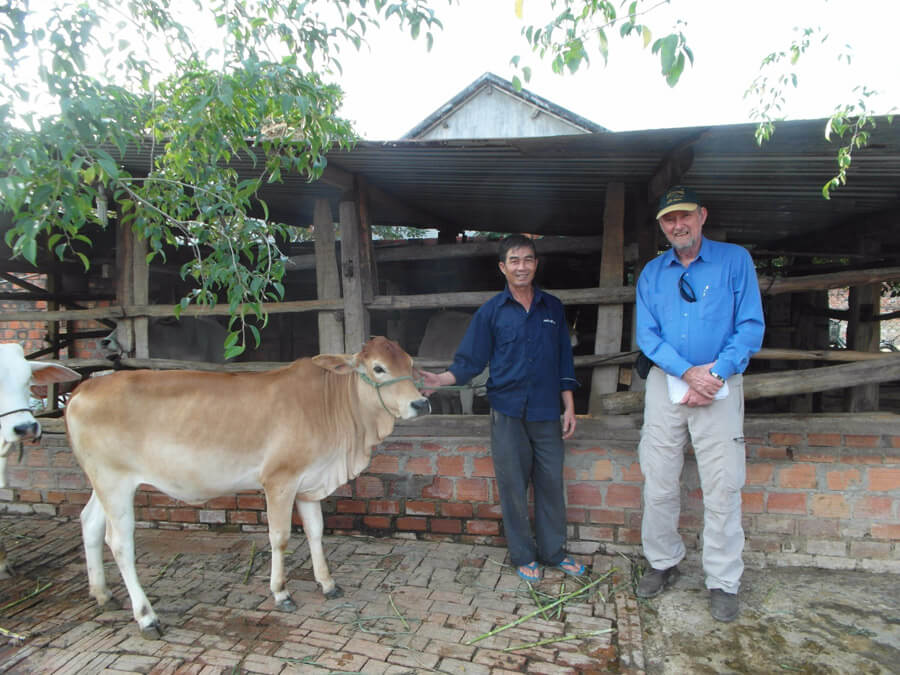